Registration numbers might be increasingly difficult to track this year now that FIRST is up to four distinct district systems.

Nearly 25% more events this year than last year.
That’s more events than there were teams for the first five years of FRC’s existence.

More than 40% of FRC events are now under the district system. 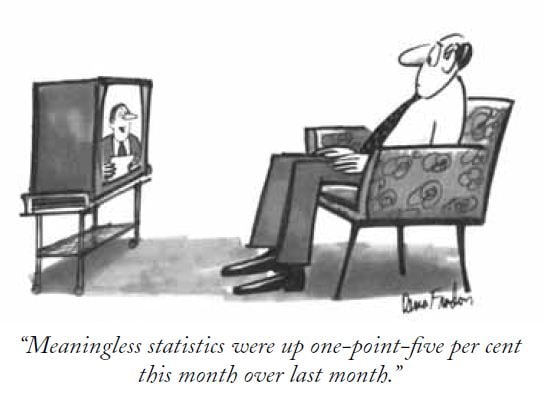 The 2014 season has officially begun:)

Thanks Mark, this thread is always awesome

So how many teams from each district move on to Championship?

So how many teams from each district move on to Championship?

If you want to go through the personal pain of perusing some of my posts from last year, this was a problem where I believe there were ~425 CMP slots. However by the end of it all they were still calling in waitlisted teams the week of CMP and ended up having ~50 waitlisted teams. I hope and expect they imagine a certain number of slots to “disappear” like they did with the Wild Card last year, or they might move to a system where Wild Cards are not given bids automatically but are instead put on a waitlist.

Edit: referencing a blog post from the director, 85% of all offered slots were filled by teams that accepted them for CMP. If this held or increased up to 90%, you would still have fewer than 400 teams in the event on a non-waitlist bid.

Some teams can’t afford to go to the championships even if they are a dominant competitor. It costs alot to go to St. Louis as a team.

I thought district bids were based on percentage of teams in the district relative to the total number of teams, multiplied by the number of championship slots – meaning michigan might have more or less than 27 slots.

I’m not sure how this works out, because if they “plan” on a 400 team championship, it’s possible that districts could get fewer bids, as there would only be 76 “other” slots.

Also: CMP only having 8 matches per team was a big point of contention in 2013.

There’s really only a few ways to get more capacity AND more matches/team.

Make the event longer. This is a bad idea for lots of reasons, mostly cost and burnout related.

Make the matches shorter. Again, a bad idea. The matches are short enough as it is.

Reduce field reset time. Not sure how much room for improvement there truly is here. Even with 2013’s huge numbers of game pieces, field reset crews were pretty efficient.

Adding more divisions. Going to 6 or 8 divisions adds time to Einstein, which is already much longer than it should be. BUT, doing this might make Einstein feel less tedious. The downside is that you need 50-100% MORE volunteers than CMP already needs. Additionally, the space required for the fields to run 8 separate divisions starts to get really hard to find, and noise pollution from adjacent fields could be a problem as well.

Making the divisions run two fields, a la 2004/2006 Greater Toronto Regionals. Same number of fields as 8 divisions, but needs far fewer volunteers, especially if its done smart. Also, solves the noise pollution and space problems. The two fields can be placed much closer together than if they were separate divisions. With the new 2015 control system coming down the pipe, it would be comparatively easy for FIRST to set up the scorpion boxes to talk to two sets of field hardware as a single division. Achieves nearly double the match throughput of a single field.

I had calculated it out not long ago, IIRC, doublefield divisions would allow 140 teams per division to have 12 matches without increasing the length of CMP at all.

I’m rather concerned about Ontario’s capacity, especially in the Toronto area. Of the 73 2013 veteran teams, the relocated and downsized GTRWest is geographically the closest event to 40 of them. It only has a 30 team capacity. This completely ignoring the 20 or so 2012 veterans lost to teacher action in 2013 who will be returning (many of them from the Toronto area), and whatever new rookies come for 2014.

My prediction is that Ontario is approximately a whole 30-40 team event (ideally located in Mississauga, ironically) short on capacity.

725 teams registered during the first five minutes.
Past 1000 teams in 28 minutes.

Another capacity crunch will be in the DC area, as the DC and Chesapeake regionals both move to new venues with smaller capacities and the area continues to gain FRC teams. I’m hopeful that we might be able to get a second event for some of the DC teams because of district teams first regional registration being pushed back to third regionals for non-district teams.

Does anyone else not see the specific teams that are registered for an event? I see quantity of teams, but when I click on “See The Teams Registered for this Event” is doesn’t list the teams.

The servers seem to be holding up much better than last year.

I’m very impressed with the speed in which I was able to register.
Looks like the Boilermaker Regional only has five spots left (with the 10-team buffer) fifteen minutes in.

WPI filled up in under ten minutes.

4901 was in and out in maybe three minutes. South Florida, here we come!

Thank you FIRST for enabling teams to register so quickly and cleanly this year. This was the best first FIRST event registration from ease and speed that I recall for a long time.

Also: Its pretty apparent that the vets are favouring the GTRWest and Waterloo events due to their popularity and small capacity. GTREast, North Bay, and Windsor are all showing very few teams (other than rookies from the Windsor area)

Team 10 has returned to Minnesota.

Does anyone else not see the specific teams that are registered for an event? I see quantity of teams, but when I click on “See The Teams Registered for this Event” is doesn’t list the teams.

I can see the team lists, but I’m probably not using the same entry as you are.