I’ve recently been thinking about the efficacy of the Chairman’s Award and the Engineering Inspiration Award in their current form.

Historically, we’ve seen quite a bit of discussion on some nuances of the awards: FIRST vs. other STEM activities, defining key terms like “started” and “mentored,” and how far back within a team’s history outreach can go to be credited with the award submission. While each of those discussions are important, my questions surround larger, fundamental questions (and possibly flaws) with the awards.

My proposal involves changing the FIRST Impact Award to better reflect its existing description by making it more like the FLL Champion Award or the FTC Inspire Award. Each of these awards celebrates a well-rounded team, requiring them to excel in all categories.

I want to be clear: I don’t know that a specific robot threshold is good like in FLL (though, I think they moved it to top 75% to quantitively deal with the “more than minimal effort” vibe in the FRC description), but I do at least want to say language like that in the FTC description.

I also am not recognizing a problem where Chairman’s winners have bad robots – in fact, quite the opposite. Most Chairman’s winners are very well-rounded. However, I think it’s more explainable as the highest honor if the award is not given out based solely on outreach/community involvement.

Currently, the Chairman’s Award is judged based on a submitted essay, and a presentation/interview. This is a great opportunity for teams to highlight their accomplishments, but it again doesn’t evaluate a team that excels in all areas. I’d love to see the essays and interviews continue, and also factor in other award consideration.

Chairman’s is decided solely by the Chairman’s judges and not the judging panel, so the 2-3 Chairman’s judges only meet 1-3 students from the team before making their decision. Receiving input from other judges that interact with a larger portion of the team could be valuable.

If there is a concern about the deliberation time, I’d argue that the non-Chairman’s judges need not do anything different. Instead. The Chairman’s judges should identify teams which appear on many lists, listen in on discussion for other awards, and ask questions about teams of interest, reaching their decision with more information.

My biggest gripe with Engineering Inspiration is the name, and I know many folks agree. It’s simply not indicative of the content of the award.

I’d think an even better name for the award would be “Community Impact,” but the word “impact” is already in use now

I believe in keeping the description largely the same as it is now, and continuing to judge it more-or-less as-is.

The key, here, is in the change of Chairman’s:

I’ve been thinking about this for a while, but finally started to write some of it down with no real plan. Will maybe jump in if I think of more, but am also very curious what changes other folks want to see in these awards!

this is awards 101 bucko

HQ better be reading this

Alive and well! Don’t worry, this doesn’t have to impact that.

What's up with calling it "Chairman's award"? 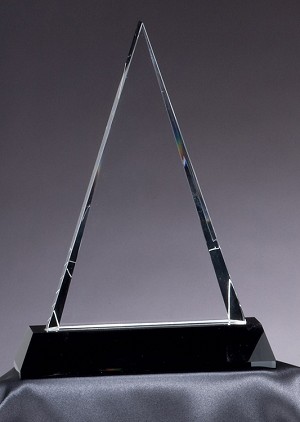 Oh cool, I didn’t have to bring this up

I don’t dislike your Chairman’s changes. It aligns with something I’ve thought a few times.

I hate your EI changes.

I hate that we have zero judged engineering awards that punch a ticket. So I propose that EI stays as, drumroll please…

As a requirement I want to see teams building proper documentation for their systems. The award should be for teams that produce innovative solutions and document them in a manner that other teams could replicate them in the future. Then FIRST conveniently has a collection of resources on how teams achieved game challenges such that the next time a similar challenge pops up (how many years have we climbed or shot balls) they can pull them out and have a library of solutions on a site available to teams.

It builds a library of resources and it celebrates the thing FIRST is supposed to be about.

That’s totally valid (and a significant part of why I think robot performance should factor into Chairman’s!), but we’d need to totally throw out the EI definition and start over. If that’s the direction, that’s fine. One thing has to change: the definition of the award or the name of the award (perhaps both?).

The award is named great for what I’ve proposed as a goal.

But realistically it would probably be best to change the name to avoid confusion… I think we both know that some more experienced judges operate on their recollection of criteria rather than reviewing the current criteria… Plus it would get real confusing for TBA real quick.

So in the interest of that the new name should be named after a pioneering educator that was instrumental to FIRST - The Woodie Flowers Award… wait, I did it again…

But really, yeah, it should probably be named something else. I’ll leave that to people that are better at those sort of things than I am.

you know what I dislike? that EI brings cash to advance to the next level of competition and Chairman’s/Impact does not.

I hate that we have zero judged engineering awards that punch a ticket. So I propose that EI stays as, drumroll please…

The best thing about FIRST is that it is more than robots.

I mean the current system equally advances 2 robot winners, and 2 non-robot winners[…]
I don’t see why we would need to lean heavier on the engineering side in deciding how to send teams to champs.

On-field performance is not the same thing as good engineering practice. They’re positively correlated, at best.

Since Frank is retiring, I vote @jaredhk as new Frank.

My logic largely stems from a desire that we provide a pathway for taking risks or doing new things.

The following thoughts are very broad generalizations. It’s hard to speak about this without making them. There are 100% exceptions to what I’m about to say, but… whatever, just give me the benefit of the doubt here, I have a point I swear.

The three robots that have traditionally qualified from a regional are optimistically the two best and the 24th best. They are the robots that were “most optimized” to play the game. What they are not is the robots that featured game changing or innovative things or that students really dug in and brought new knowledge into the community.

I want to create an award that celebrates the trailblazers, the ones who looked at a problem and found a different path and then, and this is actually the most important part, put down trail markers and drew the rest of us a map.

In a sense, it is still a culture award - we are still celebrating impact in our community, we’re just looking at it through an engineering sense with a particular focus on producing useful documentation.

I’ll also admit, it is part of a longstanding goal to put more emphasis on documentation within the FRC community in an effort to prevent brain drain when that one senior leaves and produce more robust teams.

So, point of fact - this doesn’t seem to be an issue in FLL.

But also, a relatively simple solution would be to take the avg qual percentile over the last 5 years 3 years. Why 5 years 3 years? Because that’s the lifetime of Chairman’s…

You being up a good point I had not considered I guess you could do something like top 3 ranked in case, but I would have to think that over good point

But also, a relatively simple solution would be to take the avg qual percentile over the last 5 years. Why 5 years? Because that’s the lifetime of Chairman’s…

(in my defense, I didn’t judge any events this year)

What about either or awards so it’s says chairman’s plus engineering award or chairman’s plus outreach award? That way the balance shifts with the teams there and it doesn’t change the number qualifying

So in the interest of that the new name should be named after a pioneering educator that was instrumental to FIRST - The Woodie Flowers Award… wait, I did it again…

How about the will.i.am “MFD” award?

What about either or awards so it’s says chairman’s plus engineering award or chairman’s plus outreach award? That way the balance shifts with the teams there and it doesn’t change the number qualifying

I’m not going to lie, I’ve read this a few times and I’m struggling to parse it. Help? (see earlier comment about my general lack of competency)

How about the will.i.am “MFD” award?

The more I think on it - Trailblazer Award seems like a pretty passable name. I’m sure we could get Jeep or Land Rover to slap their name on it. Or the Pioneer Award and really lean into it being a NASA sponsored award. (I like the trailblazer name better as it feels better aligned with the goals of find the path for those that come behind)

Also Chairman’s is about more than 1 competition or even 1 competition season. So it seems to me very odd to gatekeep it on one particular day’s robot performance.