Im sad. Very sad. One of those people who I and others have looked up to for a long time. I remember watching Mythbusters throughout my childhood and his amazing enthusiasm and passion for problem solving made an impact on me. He will be missed.

Don’t have any specific memories, but enjoyed the things he did do, and was surprised and sad to hear this news. RIP

Few things bring me to tears - the last time I cried was several years ago, until tonight.

RIP Grant. Thank you for inspiring me to become an engineer and for making Mythbusters a part of my childhood. I’ll cherish that autographed piece of scrap paper a little more now. 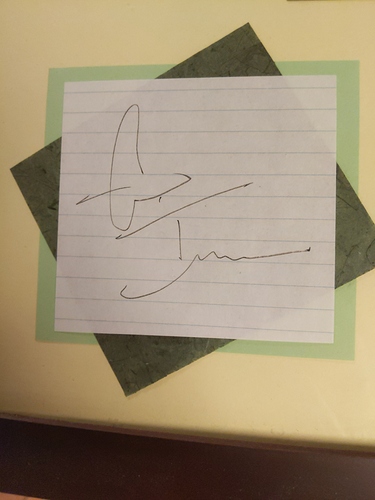 and mentor for FRC team 841

Co-founding mentor, specifically. We’ll miss him dearly. Our lead mentor Luciano worked with him directly from 2003-2008, while he was less busy “only” working at ILM and running Deadblow at Battlebots - once Mythbusters started in 06, he wasn’t around as much, but did keep in occasional email contact with the team through Luciano until now.

Yes, I’ve been told he was just as enthusiastic in real life as on TV.

Luciano and I had been talking about trying to schedule a visit for the current students on and off for the last few years, but it was never quite the Next Thing To Do. It always felt like we were all so young, that we’d have time for a visit in another year or two, it was ok not to press for it now.

We still have some of his tools in the lab, on “loan”. Our first 0.100" header pin crimper, a full size weigh-in scale, some material samples off Deadblow - labeled “GRANT”, all caps like the habit of any technical drafter, scratched into the hardened steel. They still all work great. We’ll keep taking care of them for him.

Rest in peace, Grant. You’ve more than earned a break. We’ll miss you.

Grant was also a CD member–not that he was very active here (being too busy with Mythbusters and other activities does that). As his post history shows, he was both enthusiastic and friendly–not the stereotypical standoffish engineer.

Yes, I’ve been a mentor for 841 for five years now. (Long before my “fame” as a Mythbuster.) It was great meeting everyone that came and said hi during the competition and social. And a special thanks to all the teams that helped out Richmond in my absence. I’ll be at Davis Friday evening and all day Saturday. Please feel free to stop by and chat! Grant

Ouch, Joe! That hurts, especially from a fellow FIRST enthusiast (I’ve mentored Team 841 for five years now) and author (“Kickin 'Bot”). But hey, everyone is entitled to their own opinion… Alex: GenCon is a gamer convention in Indianapoils, IN. It’s focused on fantasy role playing games and card games (as opposed to computer games). Sorry TechnoKats, I didn’t get a chance to visit you. Thanks for the invite, but we were swamped signing autographs right up until we had to leave for the airport…

Glad you guys stopped by. Some other members of the team invited us to check out the demo, but we were swamped and I couldn’t get down there. Cheers, Grant

Like many on this forum, I watched Mythbusters whenever I could.

One of the Torbot parents a few years back had actually been Grant’s boss for a bit while he was in college. At 2016 Champs, he was doing a meet-and-greet in the HoF area and the Torbots were pitted nearby. So of course we got in line with several other students (and a lot of other teams). First the parent’s kid came up… and right behind the kid was… “[parent’s name]!” from Grant. He made a little bit of extra time for that one… just a little (there was a rather long line behind us).

I’m really sad to hear this news… Grant Imahara (and MythBusters as a whole) was a huge inspiration to me. I used to watch MythBusters all the time. I can’t believe that he’s gone… Rest in piece, Mr. Imahara.

I was a kid when Mythbusters aired and my dad and I would watch it together in the evenings. Adam and Jaime were the “stars” of the show, but the side bits with Grant, Kari, and Tory were the bits that made me feel like I could do this too. Grant was directly one of the people that pushed me into the path that I ended up following, and I’m grateful for the work he did.

He was a Mythbuster, a FIRST mentor, a Battlebot builder, an inspiration to millions, and a great human being. The world will be less without him. Rest easy, Grant.

As an aside:
Whenever a loss hits like this, people always give remembrances and honors that the person won’t ever get to read, and it hurts. Reach out to the people that inspire you and tell them thanks. Life’s short and takes unexpected turns that can cut off options you’ve never even thought about, so it’s always worth it to express your gratitude to other people when and how you can.

2020 just doesn’t let up. By far the most brutal year of my lifetime. RIP Grant Imahara. His work on Mythbusters and in the robot community have undoubtedly inspired countless people to pursue STEM careers. Grant made the world a better place.

A great inspiration and supporter. He will be greatly missed.

So sad to hear it. Rest in peace, Grant.

This is some disappointing news to hear, 2020 hope the door hits your a** on the way out.

Well this was a sucky way to start my day. Mythbusters was by far my favorite show as a kid, and grant was my favorite host. I didn’t know that he was involved in FIRST, but that just makes this hurt more.

Grant Imahara will always be a robotics legend, and we will never forget him. 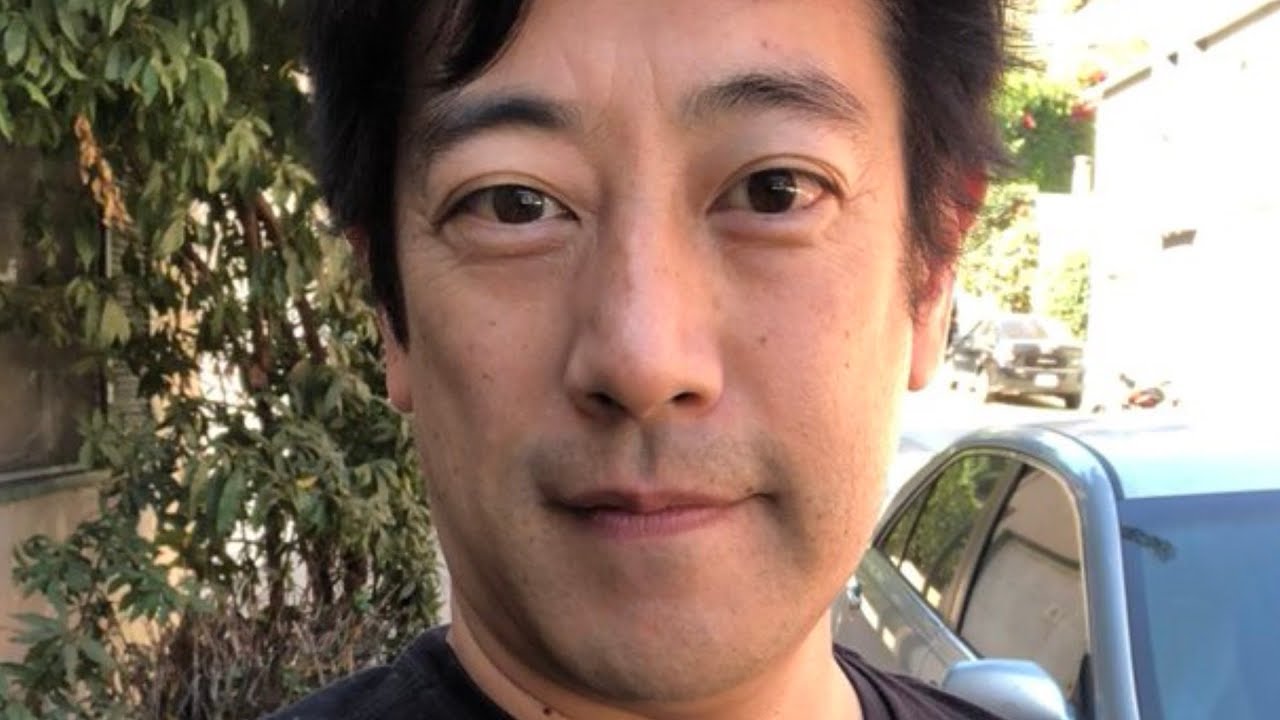 Wow, sad. Like many of you, my kids grew up watching Mythbusters, every episode w/o fail. RIP, Grant.

I was so sad to hear this!
Seeing Mythbusters was one of the reasons I became so curious about science and technology.
Rest in peace.

This sucks, was lucky enough to meet Grant down at VEX worlds and he seemed like such a genuine guy. He spent time talking with each person and asked great questions about each robot, he was a huge inspiration for me and I feel for his friends and family. RIP Grant 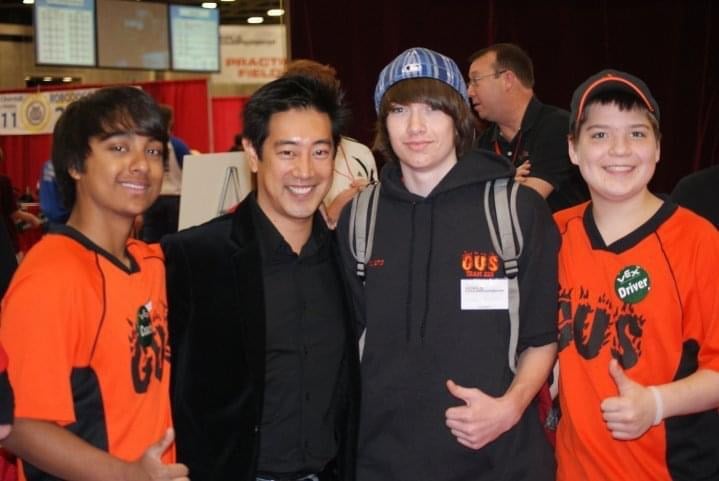 I remember Mythbusters being my greatest inspiration as a child. Rest in peace Grant Imahara.

Damn. I loved him

He had my dream jobs