I’m really excited that a company has worked out a feasible way to create big axles that can take a lot of torque while also being easy to integrate! Seeing as next season is ripe for a raise-arm-up-high-type game, this could be a big deal.

It has always been a major pain of Vex components, like sprockets and hubs, that the hex bore and the outer features aren’t indexed. We’d buy several sprockets and hope that 2 we close enough to be compatible.

@Greg_Needel , this is the erector set I have been dreaming about for fifty years.

Damn man, do you sleep? Just talking with you at MSC, and now this? Very cool equipment!!

This explains some things.

VERY cool! Some of my students designed something rather like the MAXTube a few years ago, where all the lightening holes were CIM/bearing mounts with an 84T gear spacing – I love seeing this idea taken to the next level!

We’ll definitely be paying attention to this release as more details come forward.

Lotta fun looking stuff in here. Overall I am most excited about 2 things:

So this is intended then? The price for a 3in tube is the same as a 31in tube? Just making sure I have the numbers right before we start budgeting.

Only the regular 2x1 with MAXPattern is available in different lengths. I’ll let the team know something is broken. Thanks for pointing this out.

Edit: talked to the website team. They said if a REV-XX-XXXX number doesn’t show up under the orange MAXTube above the price it’s not a real product and you can’t order it.

So if you choose 2x1 then MAX Pattern and 47" you’ll see REV-21-2185. That number will change depending on the length you choose.

It will become much more obvious once everything’s actually orderable.

definitely need to have some real pricing so we can look at budgeting some to experiment with during off season. [and also availability]

I’m so excited for this…

…and of course I did FEA @asid61, though not exactly what you were looking for. I may get to the other bits in the coming days/weeks.

1x1 MAXTube is lighter than 1/16th walled tube. Way cool. In bending the MAXTube is weaker than the 1/16th wall, but it is not catastrophic. 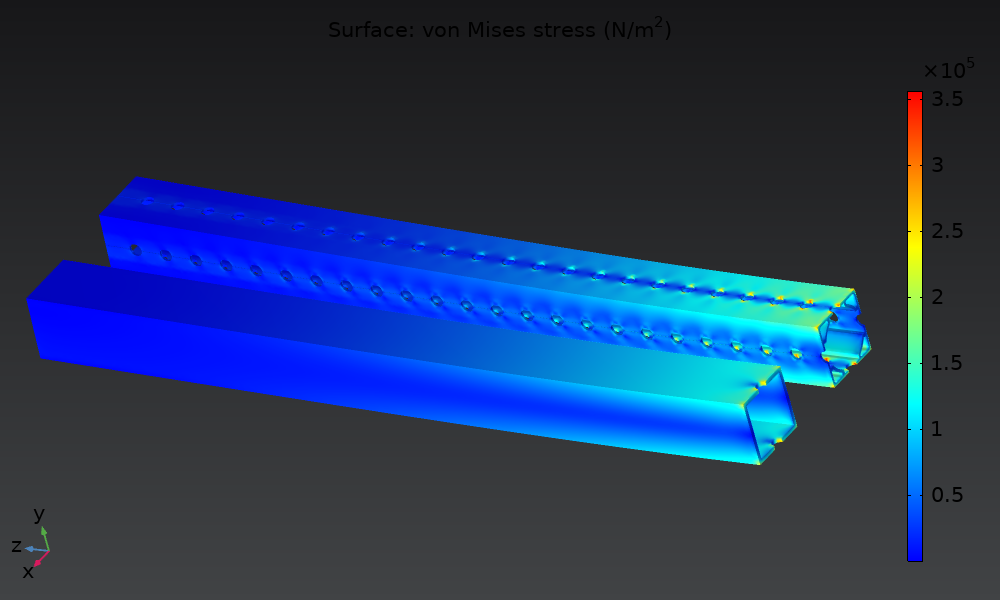 This is due to the mounting hole pattern present in MAXTube. 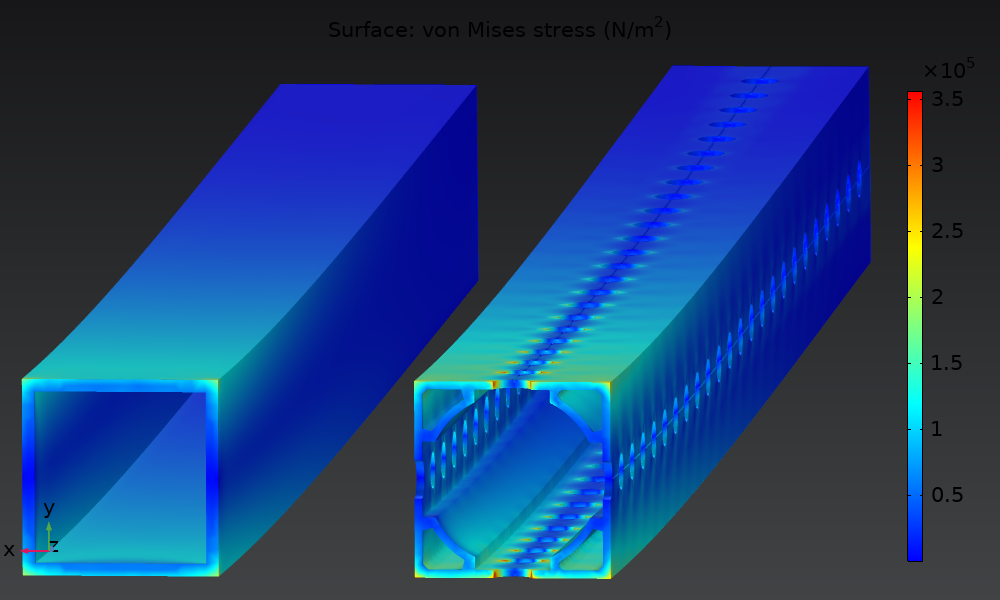 If the 1/16th walled tube has a mounting hole in it, similar to MAXTube, the stress difference is very small, roughly equivalent to their mass ratio, so MAXTube is appropriately strong for its mass. The little corner features put extra mass far away from the beam’s neutral axis, making up for the thinner walls.

In torsion the 1/16th wall tube is superior… but if you’re putting significant torsion through a square tube you might be doing something wrong. I did this analysis to illustrate the compromise of the corner features: you gain bending performance at the expense of torsion performance. 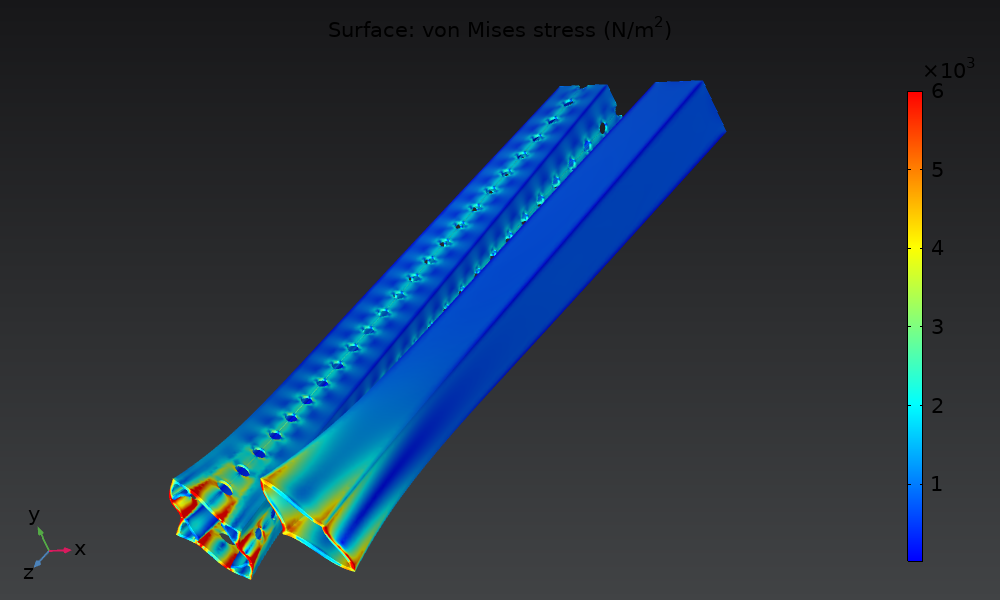 Overall the MAXTube gets a thumbs-up from my analysis.

Sure, but probably not today.

If you haven’t seen it in a week bug me again.

I see what you did there, Grasshopper.

Wow, this is amazing. Sadly this was announced in my senior year but this is would be an amazing resource for my team. I was curious when I saw the drive train kit if it would be a drop center and if we would need to buy the parts individually or if we can buy it as a bundle. Unless it is a different config of MAX Tube I feel like it would not be a drop center drive train. 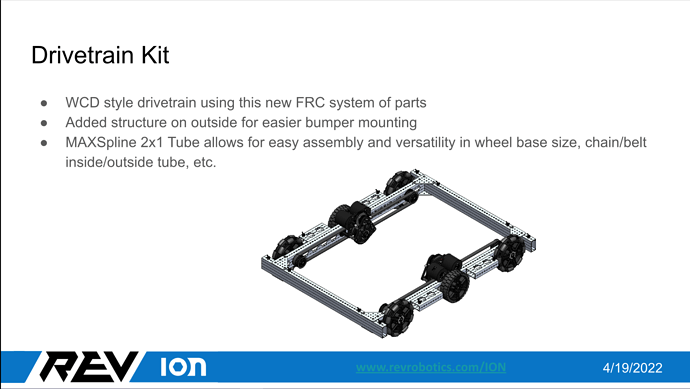 It looks like it’s not a drop center, which is why the corner wheels are omnis.

Thank you for noticing, usually my puns only get crickets.

I wonder if there’s any sort of simple modification REV supports for dropping the center wheel by 1/8’’ or so?