Hello everyone! I hope you enjoyed watching our videos and following our build progress during the past three days. Now, we are proud to introduce you to our 2016 robot: Sirius.

I guess we are not going to see a lot of robots which can do low bar + high goal.

I would disagree. This was built in three days, and it would be entirely possible to add a high goal shooter to this with a little more time. Meanwhile, teams have six weeks to figure out how to accomplish this.

One way to quickly turn this into a high goal shooter would be to simply add a rod inside the channel of the intake that would punch the boulder and shoot it upward. I’m thinking of something like 1114 in 2008.

Perhaps there was a reason other than just time that this robot wasn’t a high goal shooter? I don’t know why it’s established as a given that a simple and competitive robot needs to have one. I think this robot would do very well at many events exactly as it is.

Congrats on the great robot in three days! oRyon has consistently built simple yet effective robots for the game challenge in a short time. The 2014 robot is still a favorite of mine.

Do you guys have some dimensions of your robot, such as center to center and height of the rails off the ground? We’re trying to figure out the geometry of the low bar, and your design seems to work great.

Check out 701 in 2012. They intentionally made their robot low in order to allow other bots to balance on them, but they also had a compact shooter that could hit the 3-point goal.

Do you guys have some dimensions of your robot, such as center to center and height of the rails off the ground? We’re trying to figure out the geometry of the low bar, and your design seems to work great.

I don’t know the exact dimensions, but I think our rails are about 13.5 inches off the ground. I mentioned your post to our main CAD guy for Ri3D so he probably will comment later with more exact dimensions.

What gear reduction did you used for the arm? Also, how much did you drop the center wheel?

Here I am, So I was in charge of CAD and design. So we planned to do low goal to damage the stronghold and focus on defenses the entire time throughout Ri3d but we also had CAD completed to add a shooter to show one way of many that could be used to get boulders into the high goal. Our robot measured 23" wide by 34" long with room to expand as needed, I think that gave us 6" to play around with but we never ended up using it. This year I think for many reasons smaller could be better, but who knows big can be great too. The robot ended up being 13.5 inches tall with the ability to go under the low bar in both directions since the approach angle is 13.5*. I think we had to force it a little to go under from courtyard to neutral zone. I highly recommend if you do decide to go with a short bot you do some major sketches to make sure your robot will indeed fit under it before you build something that just barely doesn’t fit. Also, Our COG was near the back end of the robot because of where the battery was placed. I think we ended up weighing around 80-90lbs I can’t remember we didn’t weigh it in it’s final configuration.

Lastly, we would have gone with a linear punch to do score in the high goal given more time. We decided not to pursue our high goal design after realizing a) we can damage the castle the same amount by quickly and reliably scoring low b) we wanted to make sure all of our defense mechanisms worked well c) we really didn’t have time to build our linear punch. 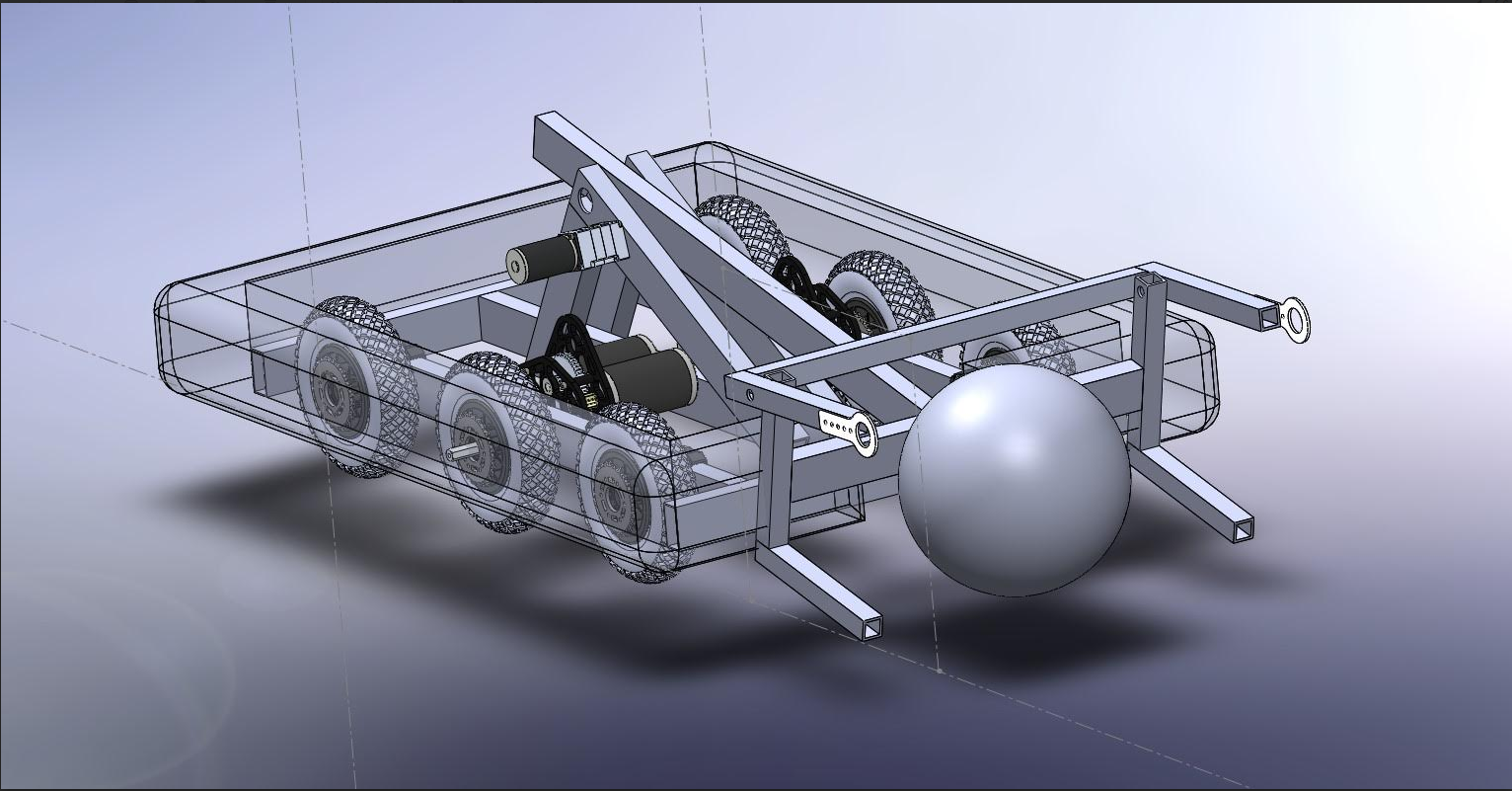 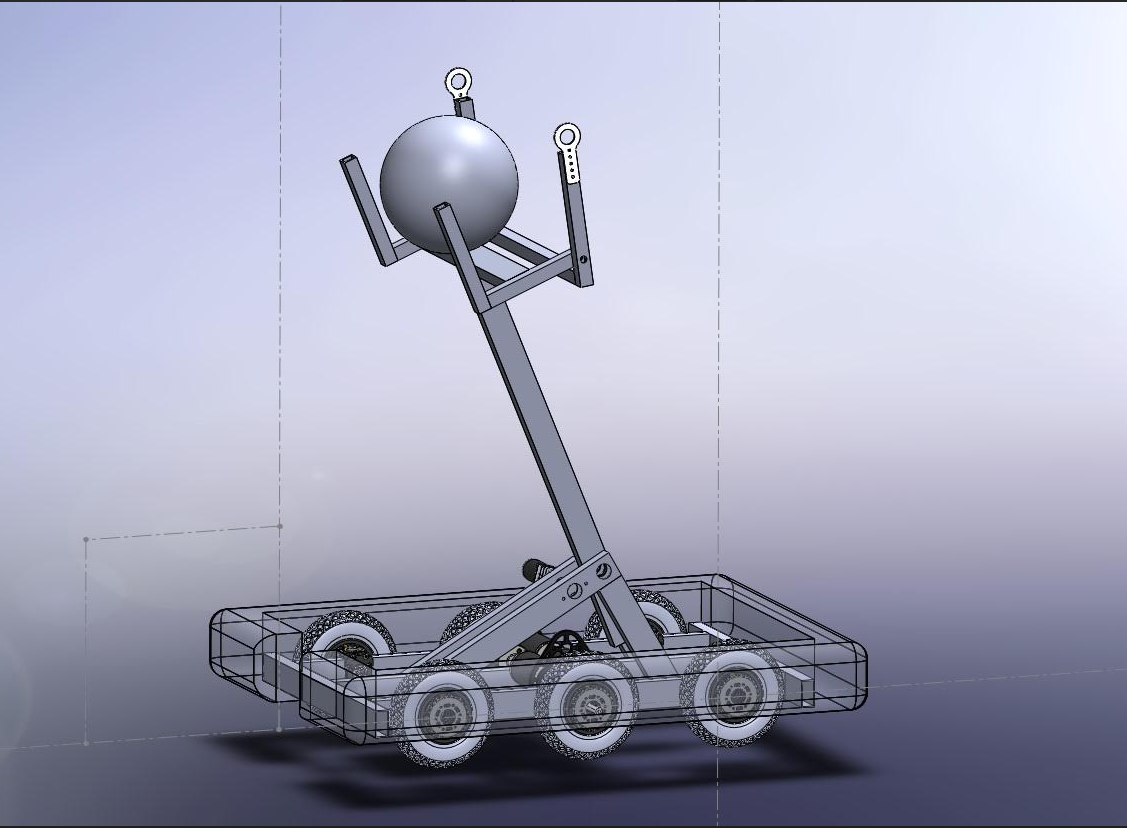 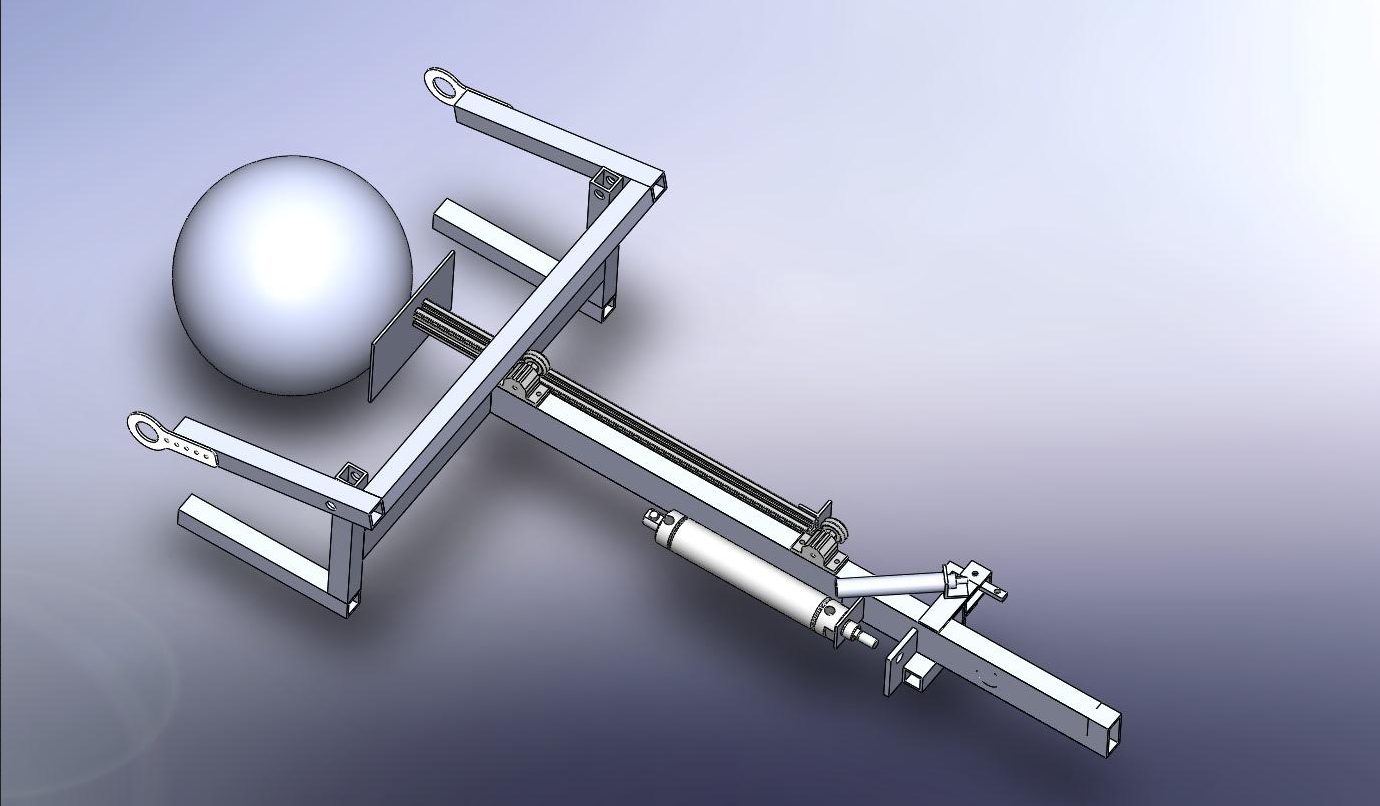 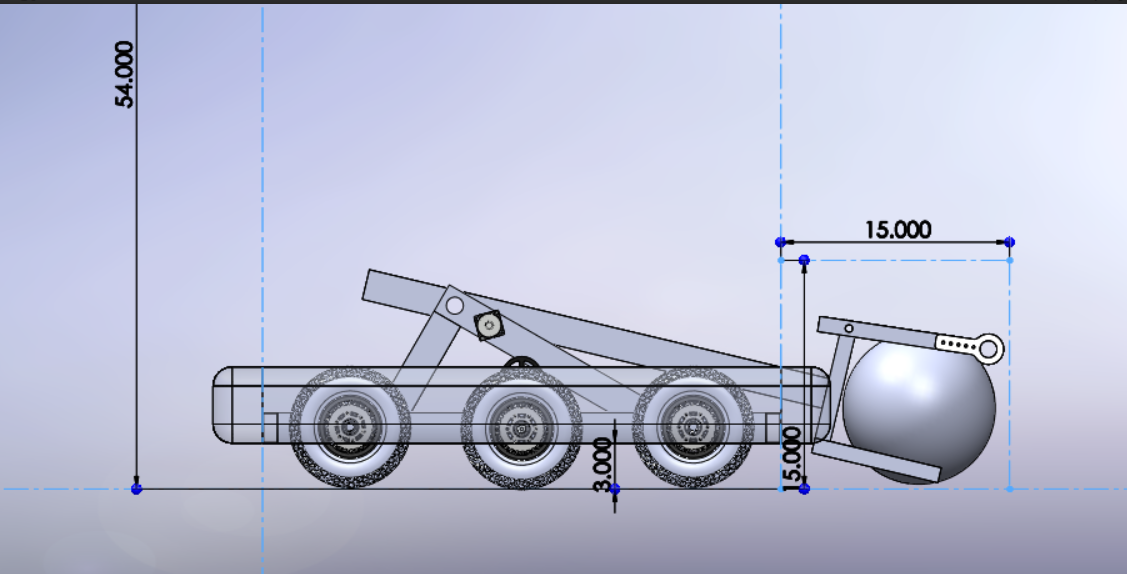 The arm used a 50:1 Versaplanetary with a Cim with a 60:16 Chain reduction I would recommend more reduction, We just had no more ability to gear it down more.

The center wheel had 1/8th of an inch drop.

You guys mentioned in your recap video that you experienced broken bearing blocks (I think they were the plastic ones?) and thrown chains from the defenses. If you could re-do it again, would you still do a West Coast Drive or would you run a more traditional drive train supporting your wheels & axles on both sides?

This was definitely my favorite of the Ri3D robots, I think you all did a fantastic job packaging everything elegantly is such a short amount of time. Great job!

I Think I would still do a west coast drive. I think it would be fine if we either did a texas chain in tube drive with metal bearing blocks or put the bearings in the tube directly and made it so there was no play in the system. I think the main reason why we threw chain was due to the chain not having as much ground clearance as we would have liked.

Cooper & all, nice work! I really like using the intake arm to pass over field elements - reminds me of 67 using their intake in 2012 to cross the bump.

I dig it, can’t wait to see what your FRC teams produce!