We are designing a plate. There are several holes and cut outs in it. We would like to put ribs or sections of solid printed reinforcements in it instead of infill. Is there anyway to do this. Is there a slicer that allows this? We use prusa slicer and I see no way to do this.

I have never done exactly that, But I think you can change infill density for sections of your part by using “Modifier meshes” in Prusa Slicer. More on what I am talking about here: https://help.prusa3d.com/en/article/modifiers_1767

I have never thought to do this on a part before, but it honestly seems pretty clever. I may attempt to do that to some parts as an experiment.

This is certainly the more sensible way to make generally strong parts (and would be my go to for most applications).

Modifier meshes seem to be the thing. You could also model a thin cutout in your model where you want the ribs to be, the slicer will put walls around that cutout.

So I was interested enough to do a quick experiment to try having more control over the support material, and I am happy with the way it sliced.

I started by generating a simple shape in Onshape. 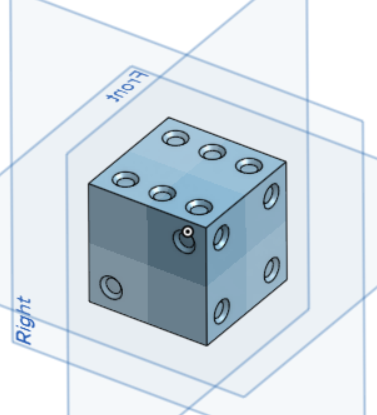 Then I designed the support structure I wanted inside the object. I did this in the same part studio, which worked out pretty well I thought. I then exported both objects as .stl 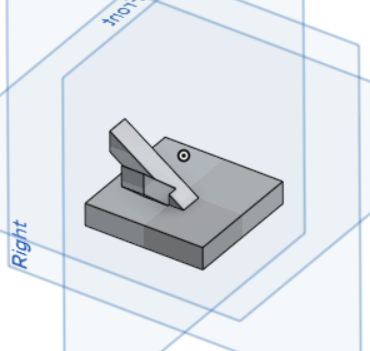 I then went in to Prusa Slicer, and added the dice only. In the right hand part list, I right clicked on the part, and then loaded a modifier. That’s where I added the support material I generated. Because I made them overlap in the same part studio in Onshape, the parts overlapped just as expected as soon as I added it. 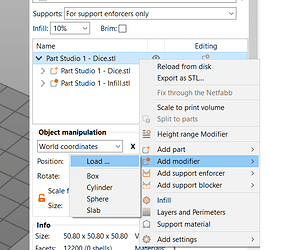 From there I clicked the gear next to the modifier I added to make an “Infill” Modifier where the 2 parts overlapped. I set that to 100% rectilinear infill. The rest of the part is set to 10% rectilinear.

When I previewed it, I was very happy with the results!! 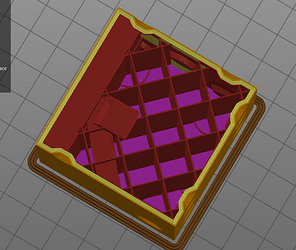 Hope this is helpful. This is actually a pretty neat model, and I’m pretty excited to print it and see if it works

As a note, you can generate the internal structure with perimeters too, rather than just infill. To do that, Instead of adding a modifier, add an additional part.

If you need any help, or have any more questions about what I did, let me know.

I also added my file to the Prusa Printers 3D model sharing site, if you want to play with the project in Prusa Slicer.

I tried putting a very thin slice in the plate and that did not work. Made it very weak. Tonight I played with a modifier. Added a plate, dimension it to a 6mm wide rib. Placed inside the plate at to critical points. It’s not an easy quick job, but looks like it will work. Just cranked up the printer. Tomorrow will tell. I believe adding the ribs as parts will be better. Then I can have the rib all walls instead of diagonal infill. Thanks for the input. Now to see what can be done.

I ran into printer problems. Wet filament, Bad spot in bed leveling mesh, ect. I was able to use a plate modifier and dimension it as the rib that was needed. The rib is all walls. The plate is much stiffer than the plate with out the rib. It does work and is something 2 keep in the back pocket for future designs. The motivation was to be able to use PETG for the plate. Yes, I know a PA carbon plate would be idea but, I would like the students to print this on their printers. Large PA carbon plates are beyond their capabilities. Thanks for the Mesh modifier mention. Was there all the time but did not see it.

Did the dice work? Thanks for the details explanation. There is plenty to try while slicing. Lately I’d added corner hold downs (mouse ears) by adding a part modifier with 0 top and bottom layers and straight infill. I was printing thinner long piece upright, and it held it well in place. This is just an example: 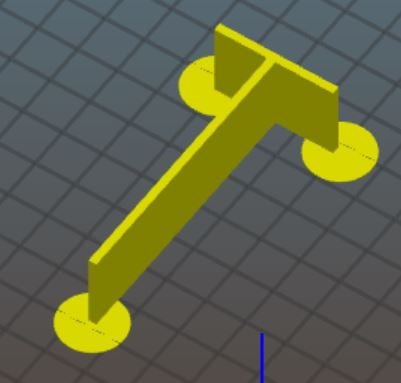 I’m thinking about a electronics plate I had last year where the initial board was too flexible. So I redesigned with some more outer ribs. It turned out better but it would be something I might try to slice the original plate with internal ribs and I expect it would be even more rigid which would be nice. 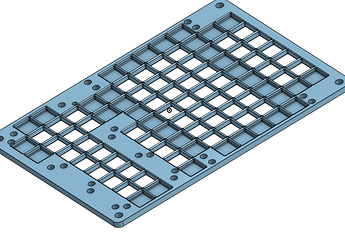 It’s pretty cool for what it is. Seems to work well on hard surfaces. Probably would be better if I rounded or chamfered the corners, but overall a neat application of mesh modifiers.

I like what you did with the mouse ears. I may be using that technique for some upcoming prints.

You can design “ribs” in we do it all the way. Select a number of perimeters that is 1/2 your rib thickness. So for example if you want a 4mm rib 4/2 = 2mm at .4 perimeters lets say that is 5 perimeters so set your perimters to 5. The go in your cad program and make a “hole” probably rectangular shape at the center of the rib that is .05mm wide. Now the slicer will tell the printer to make that .05mm hole but that is below pretty much every printers accuracy especially if you have it tuned in to have about a 4-5% (in this case .02-.03mm overprint which will fuse the hole together and voila there is a “rib” we use that technique and also placing strategic bigger holes on pulleys and gears to create “spokes” But it works for ribs too. We usually like to print solid and instead of infill make actual holes and cutouts wher applicable.

Just to follow up. We printed several plates with 3 added ribs using Prussia slicer meshes. They are about 6mm solid. The ribs greatly stiffened the plate with out adding much more print time, filament or weight. One is polymaker polylight PETG and Polymax PETG. The Polymax appears to be a tougher PETG but not stiffer. I would not spend the extra money on it. If it was not for the barriers in this years game I would have been satisfied with the PETG plate and ribs. However, after watching the robot drive and aggressively attack the barriers, I’m not satisfied with the stiffness of PETG. Any other year’s game and I would not be worried. So we rigged up a chamber enclosure and printed the plate out of Carbon Nylon. Now that is the plate we want. The plate is lighter than the PETG and it is ridged. So, For other teams that do allot of printed structural parts on the robot look at mesh modifiers. They allow one to play with the internal structure of parts to gain the needed strength. Thanks for pointing me to them.

We use HIPS reinforced with Aluminum and steel You can see some examples here
https://pirringers.com/3dp/?p=36