We are receiving the following error:

The robotpy sim runs on teleop sometimes but will often crash, though the error is inconsistent.

Here is a link to our github: https://github.com/beavertronics/2020code5970

We don’t know what to do from here. Can we have some clarification on segmentation faults? Please elaborate further than the common mistakes found on the 2020 documentation.

It also occurs in auto

As mentioned in the other thread, this issue should go away if you upgrade to the latest version of RobotPy commands.

We have done that following these instructions https://robotpy.readthedocs.io/en/stable/install/commands.html
(several times on both the rio and regular computers).
It is what prompted the deluge of errors, including this one about the segmentation faults

The new command framework is not yet available for RobotPy 2020."

What version of robotpy-commands-v1 does py -m pip list show?

With your current code on github, and those versions installed, it does not crash for me in simulation.

The one thing that does crash is something about a simple PID which isn’t checked into the repo. Please check it in and push it.

I don’t have errors with simple pid. Have you installed it with pip?

Didn’t realize it was an external package, thanks.

Your code works for me in simulation on Linux, though I haven’t exercised it more than just running it and switching between modes.

The segmentation faults that you’re experiencing are a result of python destroying an object that the underlying C++ code is trying to use. I fixed a bunch of them that your code triggered in robotpy-commands-v1 2020.2.2.3.

There are a variety of ways this error can occur. The most common pattern is creating an object and passing it directly to a function:

Instead, if you store the object somewhere:

Then python won’t destroy the object.

Obviously, RobotPy should be ‘doing the right thing’ and not destroying the underlying object. However, the design of the command framework makes this difficult at times – but I am trying to fix them as they come up. If you can give me specific ways to trigger the crashes (they’re usually fairly deterministic), I can fix them on our end. The python stack traces usually aren’t so helpful, as it’s happening underneath python.

Would objects that are made and destroyed in the scope of a function also cause these errors? Meaning not stored as instance variables such as

To be clear, this would cause an error?

That particular example you cited would not. Simple types like strings and integers are automatically converted to their C++ equivalents and should pose no issues.

However, if b were something more complex like a command, it potentially could – but if it did, I would consider that a RobotPy bug and is fixable if we know which function is having the problem (see https://github.com/robotpy/robotpy-commands-v1/issues/5 for an example that we fixed).

If you are still having segmentation faults despite being on 2020.2.2.3, please try to narrow the crashes down to a reproduceable thing, and we should be able to address it. I tried your code in simulation on Linux and another developer tried it on Windows and we were not able to trigger any non-python crashes.

So we have also gotten it to where the sim does not crash, however it crashes immediately on our rio every time we enter teleop mode. A sample error from the log file is here:

We have been able to bypass all the complaints about motorsafety by doing self.drive.setSafetyEnabled(False) but the code still dies on the robot with a segmentation fault, below

Therefore, we have made a duplicate of the code where we took out everything except for the drivetrain call and we have tried to find the segmentation fault. We have not found anything. We think maybe the problem is that the watchdog is perpetually not fed for some reason (even though the code isn’t really running that many operations). So maybe you could help, here’s the link to the new debugging repo 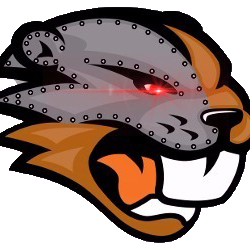 First, please make sure your packages on the rio are up to date (including robotpy, robotpy-ctre, and robotpy-commands-v1)

I just ran your code on my RoboRIO with some minor modifications and there’s no segfault. I’ve pushed a PR to your repo with the modifications – in particular, I’ve fixed your path stuff.

It is critical to ensure your RoboRIO is updated with the latest RobotPy packages. In prior years RobotPy printed out the package versions when the robot started, but that somehow got lost this year. I just added it back in wpilib 2020.2.2.12, soooo…

When the robot starts, the console should show all the versions. Something like this:

If the robot still crashes, let me know, and post all the versions (hint: they should be pretty similar to my versions as posted above).