I think this has to be the best answer from the last couple years given how many clones of the Everybot design we’ve seen.

In 2008, 121 released a video of their finished robot week 3ish of build season. They were willing to share a lot of this information and it lead to several teams straight up copying their design. I think this was one of the first times where we saw a team reveal a design that was adopted. Off the top of my head 1519 and 1902 definitely have

In 2010, game piece manipulation was one of the most restrictive challenges and a lot of teams really struggled with it. The Robowranglers and Thunderchickens did a release video with their “ball magnet.” By week two it seemed like everyone had rebuilt their intake to match their design. It was one of the simplest solutions but it definitely helped raise the floor for teams.

Not sure if this team was the one who pioneered it… But 2590 2014 was the team that really opened my eyes to the power of mechanum wheels on intakes.

Teams that pioneered roller claws in 2007. 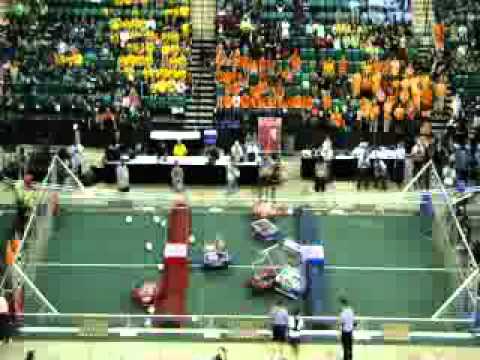 Climb starts at about 2 minutes in, the crowd went nuts when it happened.

There were at least 2 robots that changed FRC by causing eventual rule changes:

Given the Omnipresence of Limelights these days, I would definitely agree with this being one of the biggest modern changes in FRC. 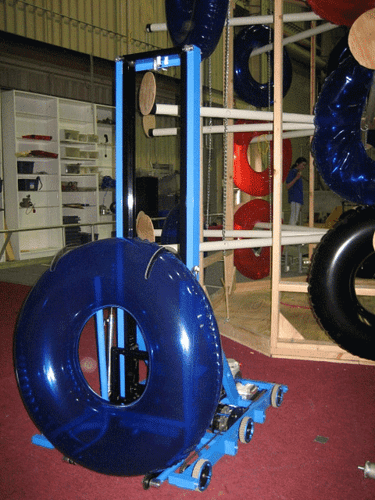 They were, to my knowledge, the pioneer of the “1x2 tubing square frames riding on skate bearings” elevator design which has become the dominant choice in elevator setups ever since. Or at the very least, the first team to receive widespread success/recognition for this design. The 254 aesthetic really helped this design gain popularity in my opinion, as the clean look makes it extremely obvious how it works and how it is built. Prior to this, if you wanted to build an elevator, you nearly exclusively did it with some hacked together 80/20 system that wasn’t very good, or a hodgepodge of custom designs that were intimidating for the average team to decipher/replicate, or similarly ineffective in practice. This is the robot that started the path towards good elevators being adoptable by the masses.

Honorable mention to 254 2011 as well, for being the first to say “Is there a reason that this mechanism has to be slow/controlled looking? Not really, I guess…”

In my opinion, that’s due to the complexity of their software solutions, and the fact they aren’t designed for consumption by the average team. Their RTOS framework works for them and enables some really cool stuff, but it’s overkill in many cases (it isn’t overkill for their use cases, mind you). There’s been a few teams like 1678 that tried it, but they went back to the simpler framework because it was just as effective for the robots they wanted to build. The teams that use ROS have the same issue: a military/industrial-grade solution in search of an FRC-sized problem.

To see higher adoption of real-time control and model-based control, there needs to be a toolset available to the average team that doesn’t require learning a giant ecosystem or a ton of math to use it effectively. More generally speaking, the value-effort tradeoff has to be worth it.

To me, the best proof that your robot changed FRC comes from rulebook changes. The clearest ones that come to mind for me are:
71 in 2002: This robot tore up the carpet so much that we have rules now specifying no traction devices on the carpet.
1755/1850 in 2007: This crazy strategy forced the rule change stating that robots must start the match not contacting other robots
469 in 2010: no attaching to field elements you are not supposed to attach to. This rule was in place for 2010, however the Tower structure was excepted. I’d bet that due to this robot the GDC has been much more careful in defining the excepted areas for the attachment rule.
1114 in 2010: 2010 featured one of the craziest FRC seeding systems in the 3v3 era. It was quickly changed after week 1 due to teams intentionally losing matches, but remained unchanged thereafter until 1114 lost intentionally in order to seed first in their division at champs, setting the season high score in the process. Thankfully, the seeding systems since then have never been that exploitable, and I like to think 1114 was part of the reason for that.
118 in 2012: Their bridge hanging mechanism was ruled illegal when it was placed on the field, but it was very ambiguous if that would be the case or not until it happened. Had it been ruled legal, it would doubtless have inspired a wave of similar designs in 2012 just like the suction climbs did in 2019.
Full court shooters in 2013: 2169 being the prime example, but plenty of others built full court shooters as well. The GDC absolutely keeps full court shooting in mind as they have designed future games, just look at shooting rules this season to see the lasting effects from 2013.
254 in 2014: Although other teams used Kinects or webcams to make auto mode effectively a hybrid mode, I think the prevalence of Cheesy Vision really forced the GDC to develop the current set of Auto Rules
148 in 2015: The size restrictions in 2015 were very unique due to the game, but 148 was the most unique robot we’ve seen in the modern era, and I’m sure the GDC keeps it in mind as they design the games.
Cheeseacke bots generally in 2015: I think cheesecaking really took off in 2015 (even earning it’s nickname that season). Although it became so prevalent there’s not really any one team/robot directly responsible.
Crazy tall driver stations in 2016: This one was also a collective effort, but that was the last year those ridiculous driver stations were allowed
Suction climbs in 2019: I think this one was developed concurrently by many teams, the first one I saw was 294. This wasn’t rule-breaking/changing, but it was well outside of the normal strategies of previous years. It’s something the GDC will absolutely keep in mind moving forward.
900 like every year for the past 6 years: At this point I’ve lost track of how many and which rule changes 900 has been responsible for. I think there are somewhere around 3 rules that can be directly or indirectly attributed to their shenanigans. Additionally I think probably more than any other team they caused the demise of the bag by exposing so many loopholes.

I’m sure that there were plenty other designs/strategies in the early years of FRC that forced rule changes, but those are the big ones I can think of during my time in this program.

4334 in 2012. Maybe there’s others before this, but this one strikes me as the “first” everybot-class robot, and it made it all the way to Einstein.

I view them as essentially the beginning of the “small bot” school of design that has become more popular in subsequent years.

Already mentioned was 1717 2012, but I want to second that-- the 2012 Championship had two experiences that more than any other hooked me into FRC. First was attending Karthik’s strategic design presentation. Second was watching 1717’s robot make shot after shot after shot on the practice field while we waited our turn. It was a robot ahead of its time in so many ways, from the almost modern swerve drive to the exceptionally consistent shooter to the multidirectional intake.

On a similar note, echoing 1114 2008 for similar reasons, though with more success. Wasn’t around for that one though.

Totally agreed. Came here to mention this bot because it blew high school Brando’s mind… It was 2002 though

I’d say 148 in 2018. Mainly the thin wall tube and printed roller style elevator since a bunch of teams did it in in 2019, expanding on it with carbon tubes. Will definitely be widely used in the future. 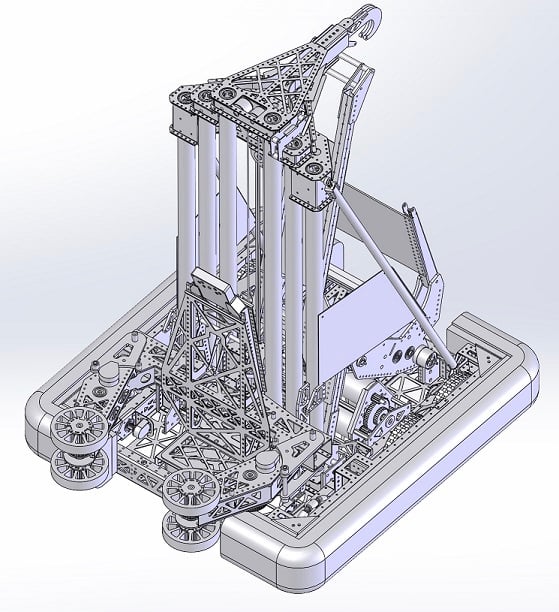 Sidenote, is Stuff Made Here involved with FRC? I know the roller design is used elsewhere but it is strikingly similar.

469 (2010) - One of the more prominant “game breaking” robots that could literally not move and outscore a majority of the robots that year. This robot I think helped many teams (mine included) focus more on decreasing cycle time vs increasing robot capabilities.

Whoever posted the first passive first rung climb in 2013. I don’t recall who it was.