In the days of the crio I think you only got 1 as a rookie team. The crio is expensive. You could get them from Andy mark first choice after kick off some years I believe. The roborio is less expensive so we are hoping they will be available after kickoff on AM. Or you could buy one out right, about $500

According to the VRM page on First Choice, it will only be included in the rookie KoP; the same is true of the major other control items. Unless you can get one of the 1000 of each of these items (PDP,VRM, PCM) through FIRST choice, you’ll almost certainly have to buy them. I’d put very long odds on the RoboRIO being in the veteran KoP, as well.

Last year, we held apiggybackr campaign to raise the money for a second control system so that we did not have to move the control board back and forth between the practice and competition robot (and use up about half of our withholding allowance). We raised a bit more than we needed in a month, mostly from family (including many extended family members) of students, alumni, and mentors.

Have a look at this spreadsheet put together by Mark McLeod (He simply copied the info listed on the FIRST Choice product pages): 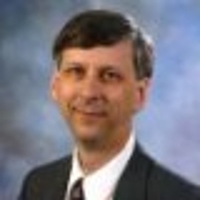 The column “KOP” indicates whether or not the FIRST Choice item in comes in the Rookie or Veteran KOP. To my understanding, veteran teams are not getting any components of the control system except for the new radio. Any control system components not listed in FIRST Choice are probably still up in the air, but my bet is that we won’t be receiving them.

Even if you will not build a second robot, it would be a good idea to get a second RoboRio. It can be used as a spare. We also rigged up a 12V supply using a 12V laptop power supply (other teams have used smaller wall warts) so that the software team could take the spare RoboRio and continue development work while a RoboRio was being installed and wired on the competition robot. They also took the RoboRio home to work on the software.