I’m pleased to announce the initial release for SnobotSim for the 2019 season. 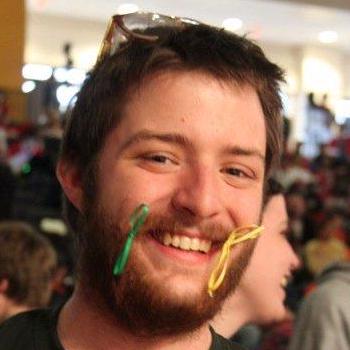 Simulator For FRC Java and C++ Robots. Contribute to pjreiniger/SnobotSim development by creating an account on GitHub.

SnobotSim example projects. Contribute to pjreiniger/SnobotSimExamples development by creating an account on GitHub.

SnobotSim is a java (and hypothetically C++ when I find the time to fix what broke over the summer) low-fi simulator for your robots code. It can tie into most of your wpilib sensors and actuators, as well as provide limited support for simulating NavX and CTRE products. It is also designed to be open for extension, so you can add your own simulation code, like simulating comms from a RaspberryPI, LimeLight, PixyCam for vision processing, or adding some “This limit switch should be pressed if the elevator height is greater than 30 inches” advanced simulations. It isn’t meant to be a full blown, super accurate physics simulation, just something to test out algorithms and be able to tweak and test your code without a RoboRIO.

The tool comes with a GUI that can give you an idea of what is going on without having to put in printlns or open up SmartDashboard/Shuffleboard, as well as allow you to configure the simulator. It can also be used headless, which is great for unit tests. No need to explicitly mock out or override the HAL backends, SnobotSim can do it all for you.

Here is how my team last year was able to create unit tests with the simulator https://github.com/ArcticWarriors/snobot-2018/tree/master/RobotCode/snobot2018 (You can also check out the cool goodies that are super easy to integrate with gradle scripts, like code-style checks, static analysis tools, and code coverage)

I’ve switched teams, which has slowed down my ability to work on the simulator and test it with a real robot, so any bug fixes or feature requests might be slow. But, if you have any questions or problems, please leave an issue on the main repositories.

The FRC 174 Software Team is proud to release our 2017 software for our robot, vision app, SmartDashboard plugins, and simulator. Robot Code: Autonomous scripting using the Command framework Global positioning system using feedback from encoders and a gyroscope to ascertain our (X,Y,Angle) position on the field at all times Motion profiling for autonomous driving and turning (based on work done by The Cheesy Poofs) Path Planning for curved autonomous driving (100% stolen from The Cheesy Poo…

Much in the likeness of wpilib and pathfinder, I would like to know what people though about SnobotSim, and how to bring it forward along with prioritizing the things that should get pushed into wpilib. This was the first year that we put it out into the wild, so I’m sure that anyone who used it had problems setting it up o some other beefs with the program. If you are in the “I didn’t know this existed” group, you can check out the announcment post. If possible, please limit things here to S…