So What is your team doing from now till Kickoff

I was wondering what teams do beside fundraising. My team fundraises and is currently trying to help understand what the program is all about. Hopefully, everyone will be up to speed by kickoff so that we can get ready to battle!

Mainly fundraising for us cuz we’re about $5000 short…

And trying to recruit other teams for FIRST.

The other project is our ball drop that we do during New Years…this is “similar” to the one taking place just one a smaller scale for our town. 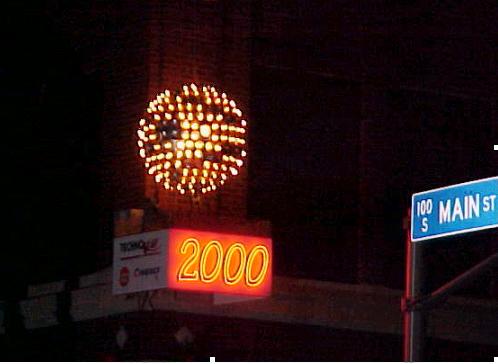 We also do various demos and try to mentor new teams…

Its our 4th year & we’ve hit the ground running…

-Competing in Ramp Riot on Saturday near Philly

-Planning a sponsor luncheon with demo for early December

We’re actually quite busy. Since my school is a rookie team, we’re building a robot using last year’s rules. We figure that it will give the students good experience as to what January is like (as well as give them experience actually building a robot) and give them experience driving the robot. Plus, it helps since they’ve never actually seen a robot yet. We bought the controller and such, but we have a machine shop and welder for free…and we have a lot of materials (like lexan and some aluminum)for free so that definitely keeps the cost down. We’re actually starting to mill the parts out this week, at least the students are…the machine shop lets the students do it. And of course. we’re fundraising.

First, we’re begging and pleading for funding from whatever company or person we see. We really, really need money. We’ve got a fundraiser planned for this Thursday evening, with Dave Lavery of NASA set as our keynote speaker. We’ve set up as a way for small companies in our area to get in touch with some of the larger ones, but we’re also hoping to get a few of them interested in our program.

As of yesterday, we’ve begun our own ‘six weeks,’ during which we hope to build a robot that could’ve successfully competed in last year’s competition. We couldn’t think of a better way to get a rookie team to act like a team, and gain a whole lot of experience, than to make them see what things will be like.

So far, things are going well, and we’re all really hopeful for the 2002 season.

Right now we’re working with a Rookie team so we set up different training sessions for them so that they can learn the basics of what FIRST is all about before January. We have little fun activities at each of these training sessions to get them some hands on experience. It’s a lot of fun and everyone is learning a lot. We have also done demos around Georgia Tech as we try to get more sponsors and we are getting ready to finally set up our own machine shop. All this has kept us quite busy.

We are working on OCCRA right now. For those of you that don’t know, OCCRA is a local robotics league in Oakland County, Michigan. We build an entirely different robot to play a new game, but we use a lot of the same parts and the same computer from FIRST. It is designed to be entirely student-built, and no welding or precision machining is allowed. It’s a great way to fill the time in the fall, and to introduce new team members to robotics. As far as I know, OCCRA is the only competitive league of its type. For now, at least.

Our team is sort of busy. Mainly we have meetings once a week to get the new people introduced to our team, FIRST, and engineering. One of the engineers pretty much runs the meetings, giving some time to our work groups to talk about what their goals are. The controls group sort of, well, doesn’t attend these meetings. They meet in a room off of the main room of the SPAM pit and work and talk about whatever it is they’re up to. All of the veterans just sort of sit through these meetings and offer encouragement and the occassional funny story from a past year. Veterans are also working on presentations to thank prior sponsors and working on organizing the team for the spring. So, I guess that’s all we’re up to other than fundrasing. We would hav more of the exhibition sort of things but the only team close to us is in Palm Beach Gardens and I guess we’re just too busy.

P.S. Watch if you use this during school…you may get strange looks from people in your school’s media center…

We are doing a mini-competition, or “engineering challenge” for the high school students, and also searching for more corporate sponsorship. We’re also doing a number of demos and some small fundraisers.

We are also pretty busy we are
1.Starting to mentor 2 new teams.
2. Buldiing our new machine shop.
3. Building a new competition robot, based on last years rules.
4. Fundraising: Mostly grant writing and asking local companies for money.
5. Designing workshops for the new members and the rookie teams we are mentoring to teach them about all aspects of robotics.
6. Recruiting new members for our team.
7. Producing an animation from last years rules.
8. Is that enough or am i just crazy? Naw theres more folks
9. We are creating a school wide render server for animation, ecompassing over 200+ computers for next years animation.
10. Designing a new team website.
11. We meet usually 3 to 4 times a week. 1 day for animation, 1 day for a general meeting, and 1 or 2 more days for building at a local machine shop while our new shop is being built.

I think thats enogough for the a 2nd year team in the off season.

Also, and Clark…that assembly Expo was cool! The BMW cars were really cool

We do quite a bit. Like all of you we fundraise, fundraise, and fundraise some more but we also try to raise public knowlage of first and it’s mission by doing presentations for the community bussinesses and other stuff. In fact we just did a presentation at Penn-State Main campus. But we also do regular stuff like driving practace with old robots build prototypes and recive leasons from our team engineers on stuff like programing welding and running our c.n.c. equipment. :o

). We don’t have an advisor yet, and have only had 1 meeting.

Sorry to say Ed we had many meetings, mainly at my house, mostly concerning fundraising, and other issues. Including decorating the display case for our 2000 and 2001 robots. Many people tried to contact you, but no one has reached you. As far as we all know you don’t come to our school anymore. Anyway the roster reflects that you never made an effort to contact anyone of else, and therefore is not a member of our team, officially.

We are just starting our Mini-First program which gets newbees and rookies excited and give them an idea on whaet First is about. Also we are mentoring 4 Lego League teams, prototyping differnet things that we might use, demoing our 2001 robot to various school and groups and just keeping organzed for kickoff.

Are you getting a machine shop set up on your school campus or is it off campus?

I’m also curious as to how you obtained the machines. That is a large capital investment/donation for anyone to make if you’re getting a full shop.

Well, some schools (like ours) have, or had as the case may be for us, a metal shop program in our school. A fully equipped metal shop has a lot of the tools that you need to run a competition machine shop. It may not be of the same caliber as a professional machine shop, but that is not always necessary. In our case, we have a milling machine, lathe, drill press, grinder, welder, and plasma cutter. We have built some great robots out of that. It suits our needs perfectly.

Well, we at 550 are preparing for battle as such: re-thinking our motion control system (with a lot of help from Joe Johnson), designing the most excellent T-shirts of all time, getting together a mascot outfit (Everyone at Rutgers better look out for the knight in real, shining armor.), and tryin to get an understanding of pBasic, AutoDesk animation, and Ultra-SlowCAD 4000. Actually, our CAD program is decent; we just don’t have quite the understanding of it that we’d like to have. It’s just a very, very delicate program that is, um, quite complicated, as it can’t do polygons all by itself. But, anyway, wer’re not fundraising, cause we have enough already.