Hello all! The software team of FRC 997 has made some fantastic leaps over this offseason. Hopefully this year we do more than just barely getting the robot to work, and actually make our software and electrical teams be a force to improve our robot.

The biggest effort we’ve gone through has been the development of a library of robot code, with a fair amount of help from our fantastic @ianran. We’re proud to release SpartanLib2 (it’s been open source this whole time but still…):

FEATURES:
Currently released and ready to use:

Currently in late dev (release targeted for kickoff or the week after): 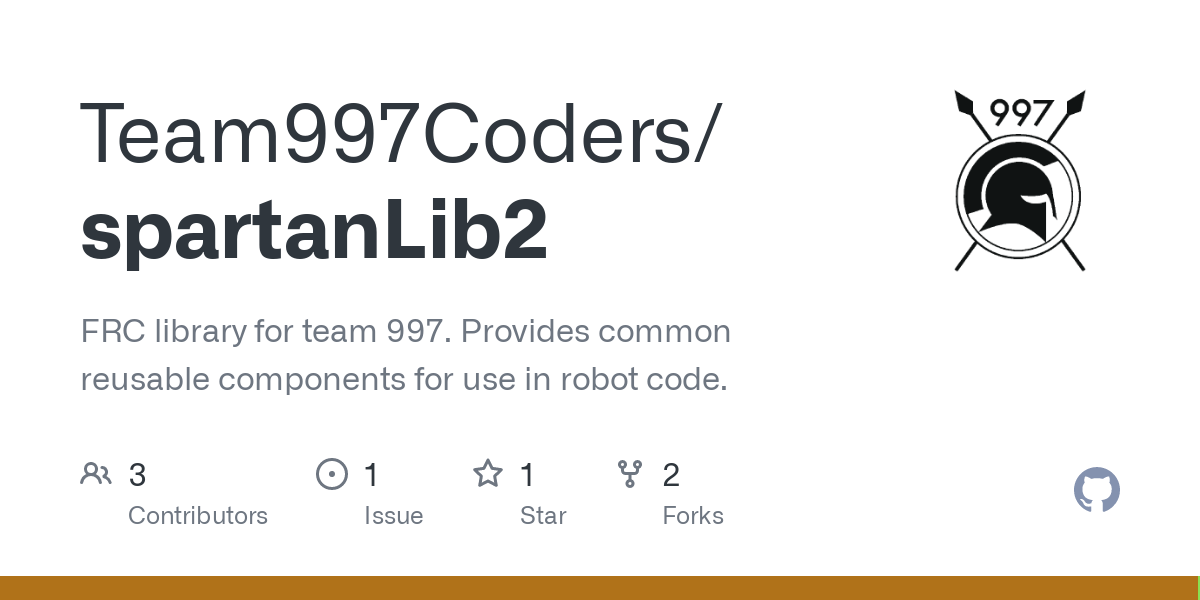 The entire project has full javadocs, which can be found here:
https://javadoc.io/doc/org.chsrobotics.lib/spartanLib2/latest/index.html

We have a github wiki, but at this point it’s empty. The plan is to add a basic catalog of the library (especially the UtilityMath class because it’s like 450 lines in a few of the dev branches), and some example usage.

Hopefully somebody out there finds this useful/ helpful!
Suggestions/ feedback of course welcome as well.