Heyo,
We’ve been working at this robot for a while now, and we’re pretty excited to share what we’ve got. This season was by far the most ambitious challenge we’ve ever taken on – as a third-year community team without reliable in-house precision machining or much technical mentorship, designing a robot capable of completing all of the game objectives was a huge stretch for us, especially given the COVID-19 pandemic. We started design in late May of 2020 but only were able to get the robot together by early March 2021, due to our low manpower (averaging around 3 students at any given meeting), massive machining bottlenecks, and ultimately poor planning. We’ve learned and grown exponentially through this process, from our ability to design better, more robust robots, to our significantly more optimized layout in the limited space we have (thanks to 4414 for the inspiration) which cut our assembly times down by a factor of 4-5 (no exaggeration). While we were eventually unable to complete all of our skills runs due to a combination of CAN errors on one day and awful weather the next (the balls eventually got too wet for us to continue doing runs), we’re still really proud of what we’ve put together and are excited to keep dialing this bot in for (hopefully) an in-person offseason.

That all being said: here’s our robot 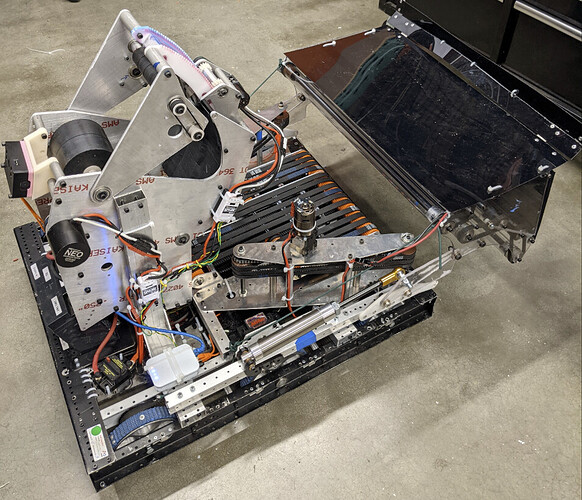 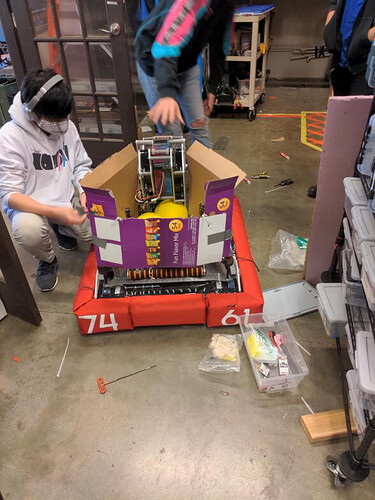 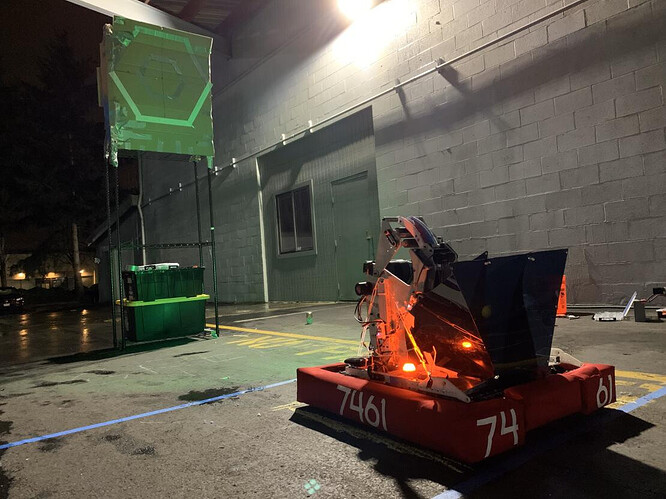 Some highlights of this bot include the dual upper roller shooter, inspired by 4414’s 2020 robot, and the HP load ramp on the intake, which we thought of after staring at that one super blurry photo of 1323 for a few hours. The intake’s also the maximum possible width this type of parallel plate design can be, with the rollers only being .5" less wide than the frame perimeter (since they were sandwiched by the polycarb plates).

Some videos of our testing: 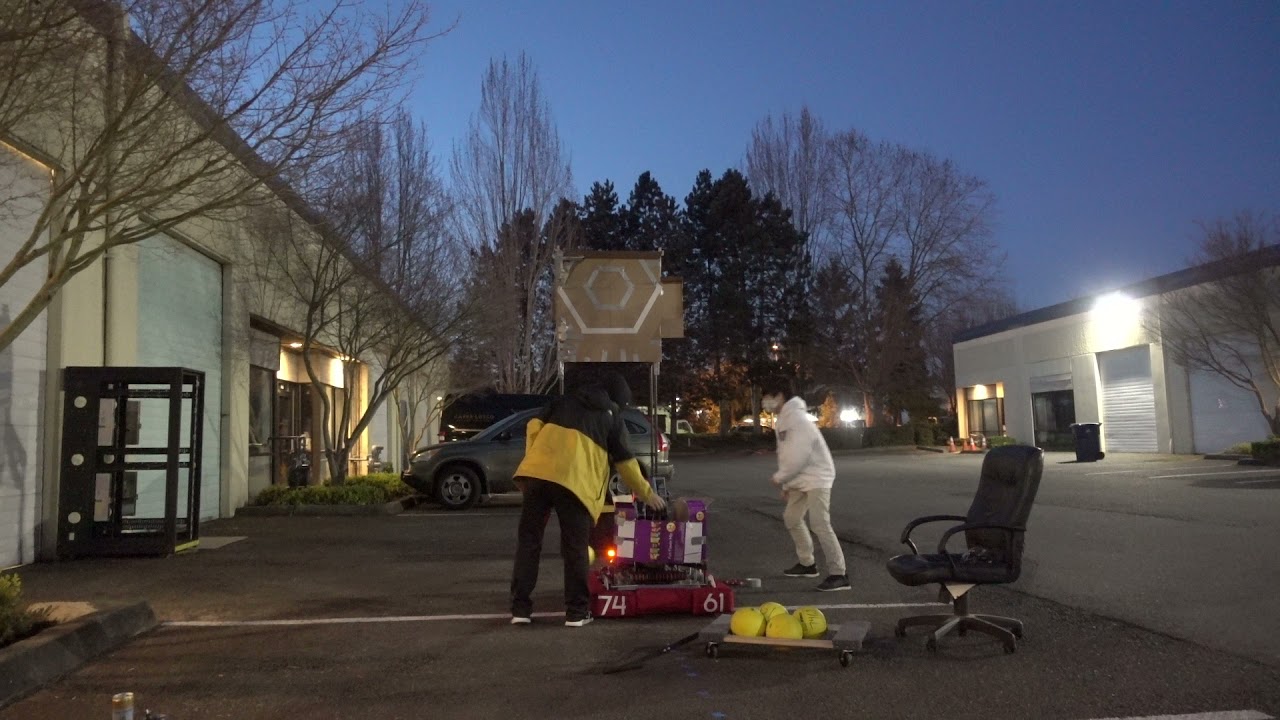 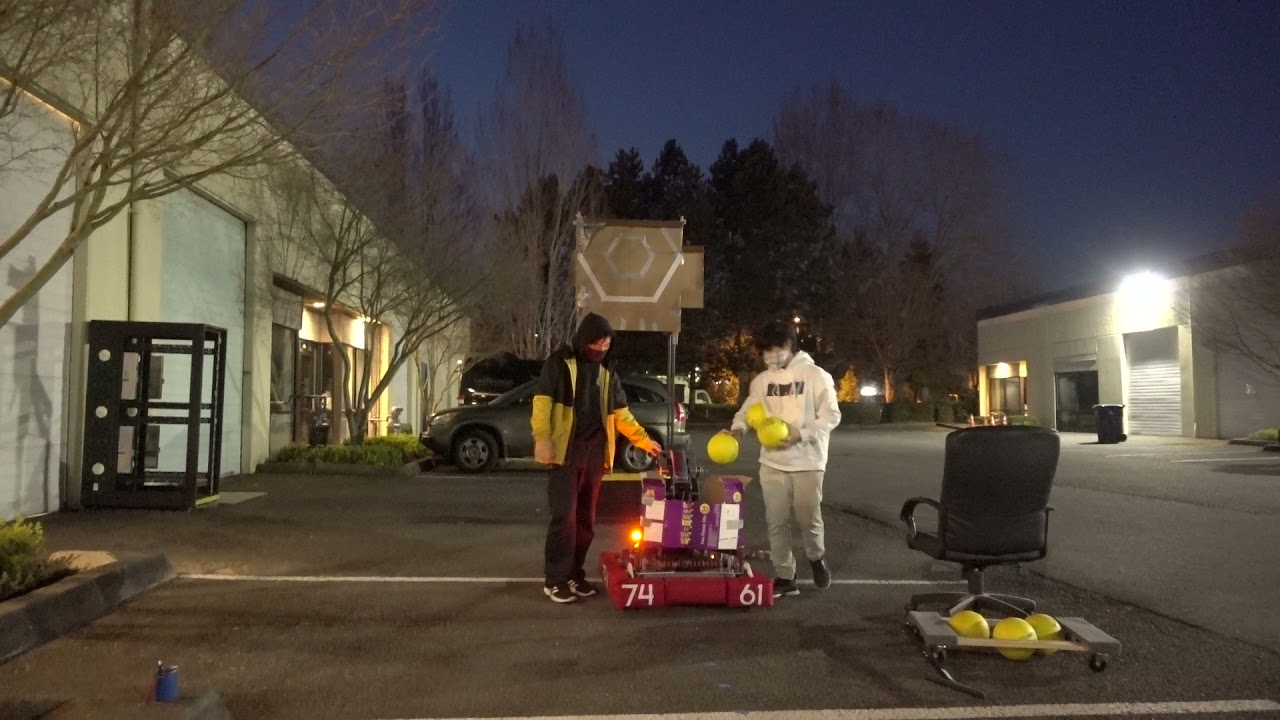 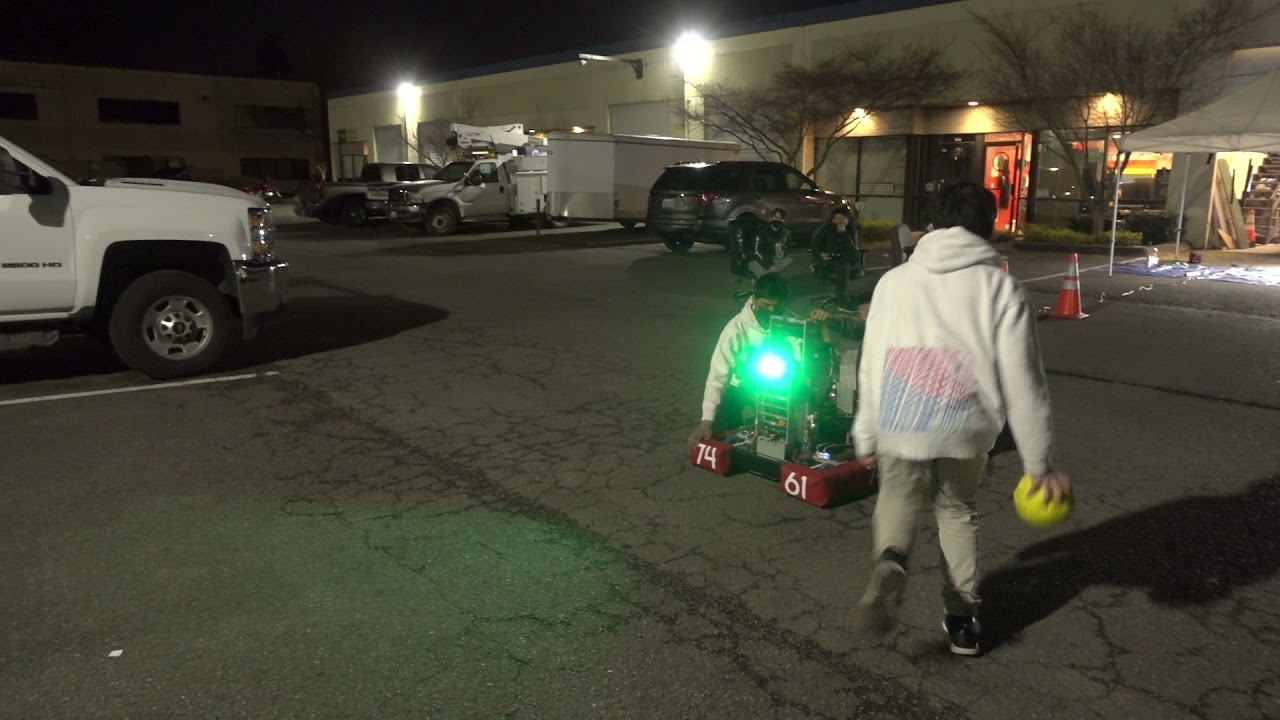 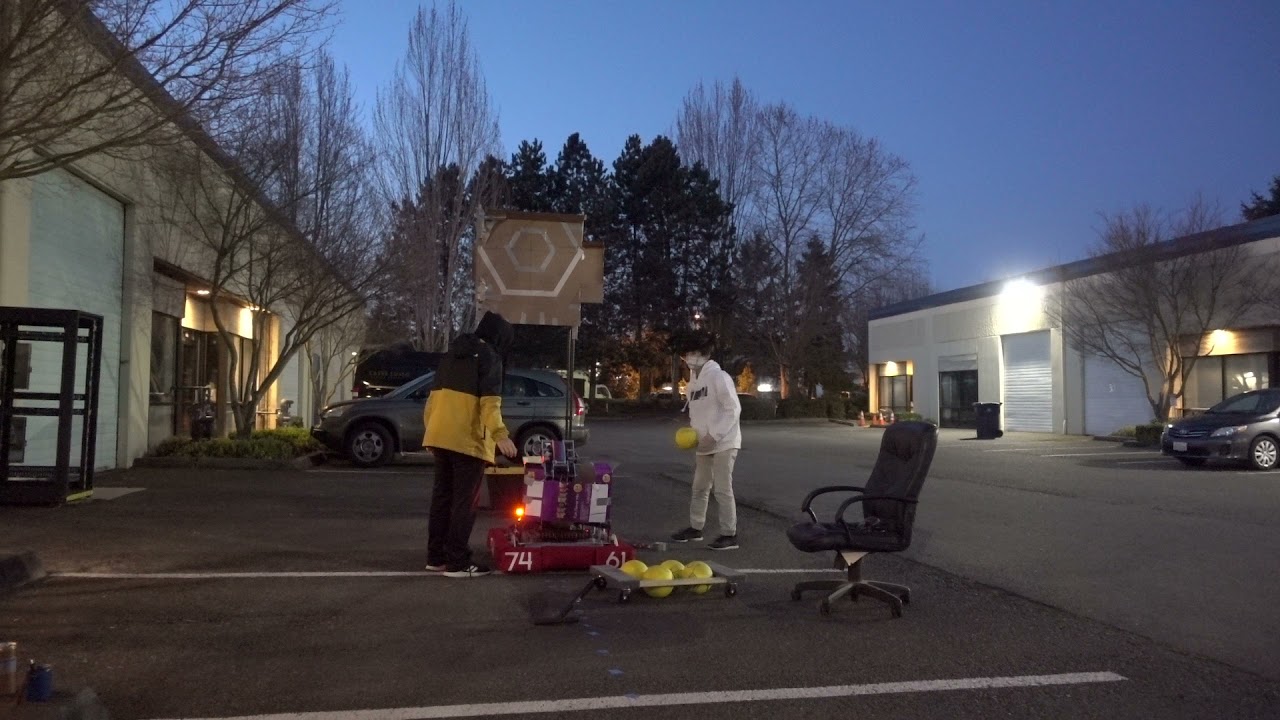 Our one decent skills run, for interstellar accuracy (our camera mount was held together with the power of flex tape, hence the meh alignment): 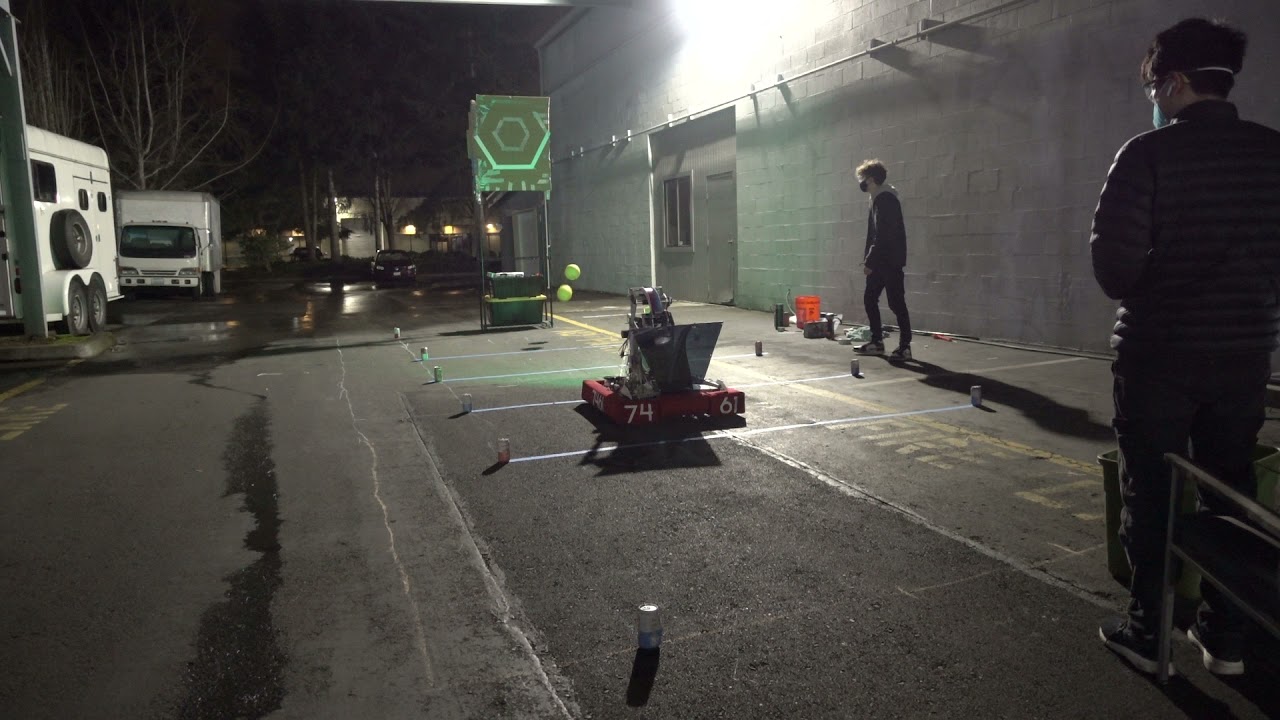 Unfortunately, we don’t have any videos of our testing at longer ranges, but we were getting pretty similar consistency up until ~14 feet, after which it dropped off slightly, though it was still semi-consistent for all of the skills challenges distances while we were tuning values in for the n’th time (had to drop rpms after we exploded 2 fairlanes

). I’m hoping to have videos up of testing that by next week, along with some improved skills runs.

For the time being, this’ll probably serve as a build thread as we go through improving this robot – As always, feel free to ask us any questions, and we’ll be happy to answer! We’re planning on doing a write-up of our neat space layout at some point, though that probably won’t be soon.

Overall, I’m pretty happy with how this robot turned out, even if the season didn’t go the way I hoped. Hopefully I can see y’all in person sometime soon, whenever it’s safe to do so

So, I ripped the destroyed remnants of what once was our camera mount off the bot today… 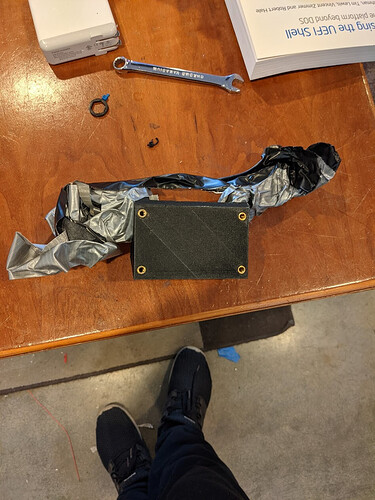 Also, we got some slow-motion videos of our shooter, since we realized the actual shot exit angle didn’t seem to be in-line with the expected angle (which would be perpendicular to the line connecting the centers of the front upper roller and our main 4" wheel). It looks like it’s popping up a bit, so I’m probably going to design the next version of the shooter to be able to go closer to the horizontal. (Also the shooter bucks a bit, but that should be fixed with our new superstructure which is gonna be put together in a week or so) 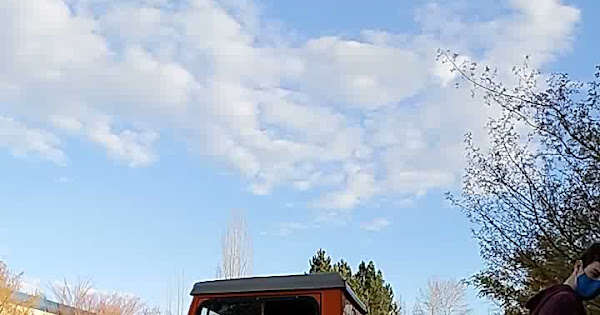 (it was for the best)

In all seriousness, it was an absolute pleasure to watch such a motivated group of students build Unagi. Can’t wait to see how the robot and the team improves in the time to come

(it was for the best)