I was reminded of this glorious drive system by the one tearing up the parking lot pavement in front of the factory I work at. 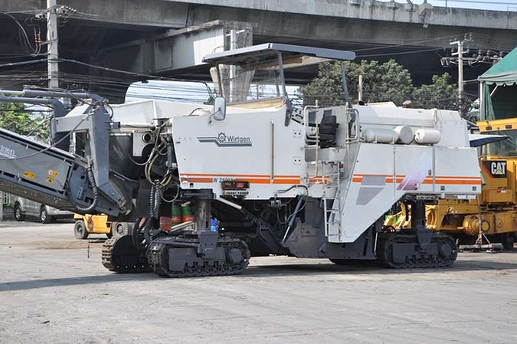 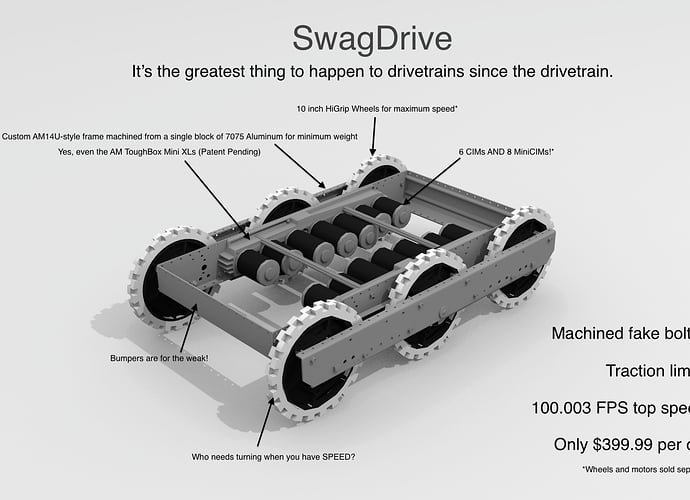 On the Twerve drive does anyone know the type of tracks they used?

Reminds me a little of this

“Machined fake bolt heads” is by far my favorite part of this.

On the Twerve drive does anyone know the type of tracks they used?

Found the CAD on their website, but can’t seem to find any details about the belts. They don’t have a manufacturer part number or anything like that. I think you’d have to ask @RyanShoff for more information.

Wow…I can’t beat the top speed on that thing even with my 8 speed gearbox. I guess the answer to life’s problems is throw more CIMs at it.

In theory that’s 4143’s Twerve. However, a lot of the traction from tank treads is the large contact patch, which withstands a lot of shear force on the FRC carpet. The Twerve drivetrain has about the same contact patch as a 4-wheel drive bot with wide wheels. The closest think I know of to what you’re talking about is this from 2007.

OK, thanks!
Honestly, I figure that twerve or swank are both only useful for games such as 2016 with a bunch of things swerve can’t get over all over the floor, but it’s still fun to do ridiculous things

We tested a bunch, but ended up using plain black rubber HTD belts. Early on we picked HTD pulley stock. That probably wasn’t the best choice because we could find any treaded belt options. Two-sided belts actually slipped more than flat back ones.

I noticed at least 3 different belt types when I was digging around for information. That thing must have been a ton of work to get right! How did it end up working out for you? Was the twerve a significant benefit?

Tried this on my old truck
Didnt work
Any other suggestions?

This is epic, was it really worth it though? What is the reasoning behind making that instead of optimizing other things?

A. You don’t have enough CIMs
B. Hit it with a BFH