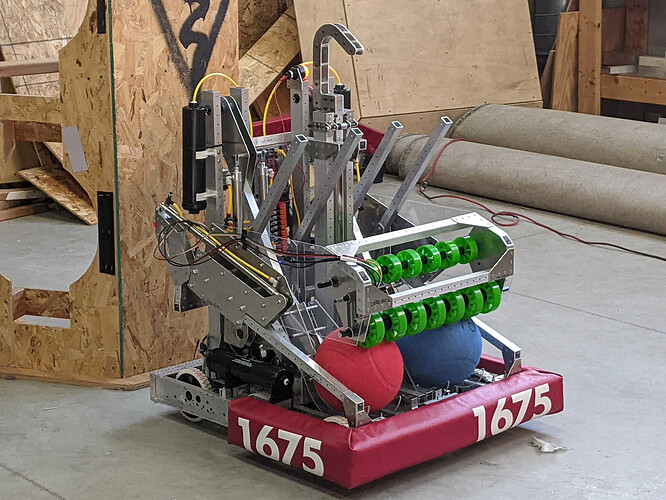 After a challenging year, and a much-reduced team size, I’m super proud of the hard work all of our students and mentors put in this year to make what is undoubtedly one of my favorite robots that we’ve ever produced. I think the team really came together to create a robot that was both within our means, and pushed our comfort zone enough to be exciting.

While we didn’t have the bandwidth to be a true #openalliance team, I’d still like to release what documentation we have such that it might help other teams in some way, shape or form. 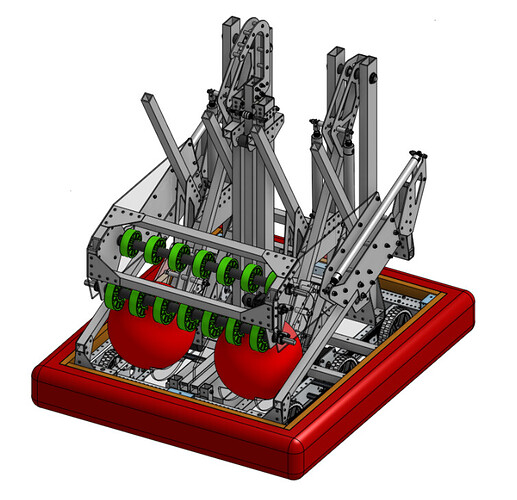 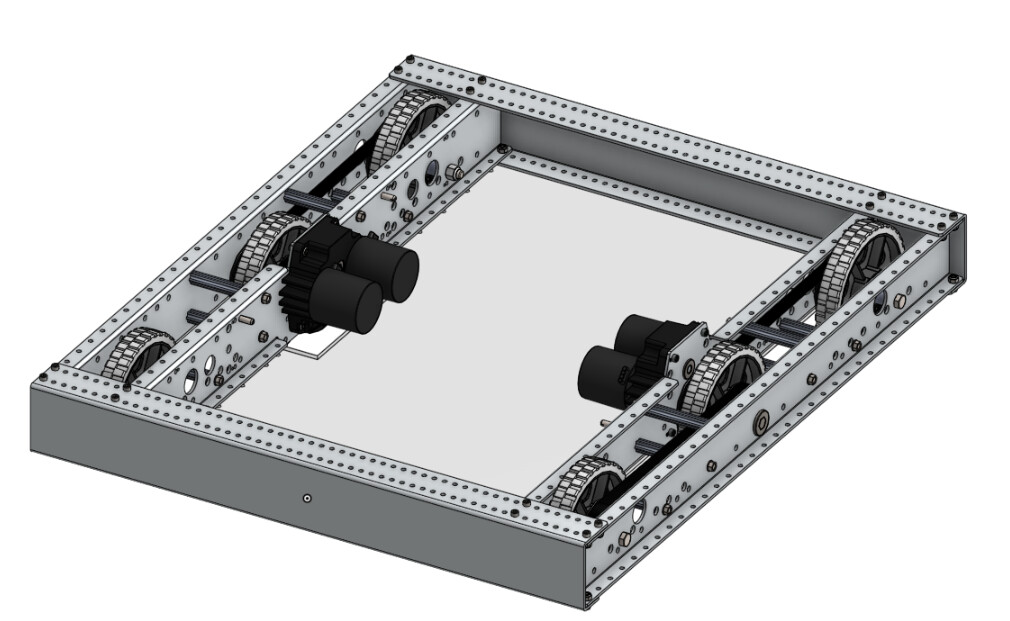 The team decided early on that it would be beneficial to run the kitbot AM14U5 chassis with a few upgrades for performance. We felt that the relative time to build a custom WCD was not worth the benefit it would gain us, especially given our smaller than typical team size and overall lack of experience. This also allowed to to spend more time/effort developing game-specific mechanisms. 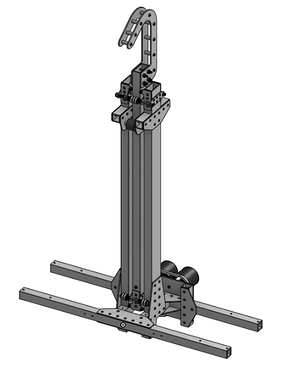 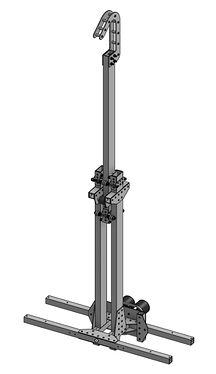 Climber is designed as a single 1 stage lift located close to the center of mass. The design will allow us to go under the low rung and to climb to both middle and low rungs to synergize climbs with as many robots as possible. Locating the single hook near the center of mass minimizes stress on the climber structure to make a quick reliable climb. In addition, having a centrally located hook allows us to offset our climb position in the hanger to allow additional space on the rung. By hanging at the far left of the hanger, the effective width of the robot is reduced to ~18in with bumpers 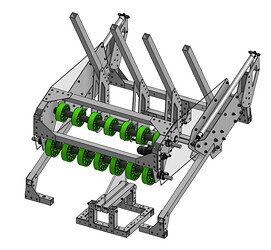 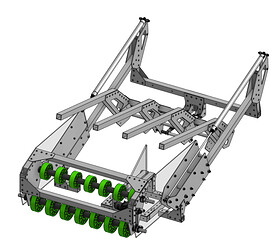 The intake is designed to maximize collection area, while providing ball security. To accomplish this, we have two independently actuating parts. The hood consists of the roller intake and side panels and the cage is a set of 4 longer fingers which extend over the intake area when extended. This combination allows 3 distinct configurations for intaking, transporting, and firing which enable the clearances needed for our catapults while still maintaining good ball security. The angle of the intake deployment was specified to both allow ground intake, as well as to positively engage with the cargo when retracted to secure the game pieces in our catapult claws. A diverter fin was added to the top of our battery box such that the cargo will naturally be diverted to one claw or the other. 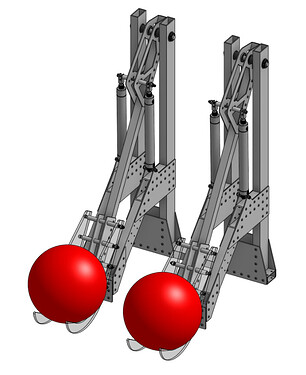 The launcher is designed as two independent pneumatic catapults. This allows for simultaneous (or near simultaneous) release of both game objects in a very short period of time. Keeping both catapults independent allows us to tune both catapults independently based, if needed. This configuration also allows launching a single ball, if needed, whereas tying the two launchers together will provide too much momentum if only one game object is being held. Additionally, this will allow us to expel any opponents cargo without losing control of any of our alliance cargo that is already being held. 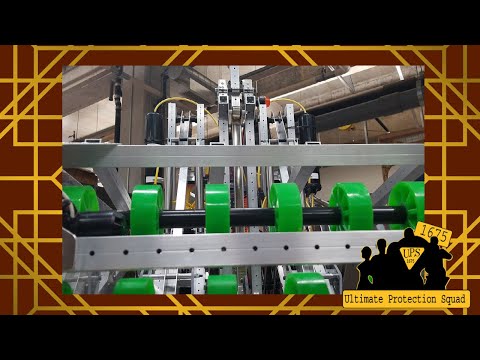 WOLVERINE will be competing at the Lake Superior and Wisconsin Regionals. Good luck to everyone competing.

Our team this year only had 10 students, and they machined all the parts for this beast (aside from some plastic pieces we don’t have a way to cut).

Could not be more proud.

Very cool! Excited to see another catapult bot from the other side of the DECC this weekend

This looks sweet! I’m super glad to see more cool robots built on top of kitbots. Thanks for teaching your kids that it’s a fantastic platform.