We count ourselves extremely lucky to have gotten to field our bot this year. Here are some highlights of the Haymarket District competition, where we were finalists and won the Engineering Inspiration award. 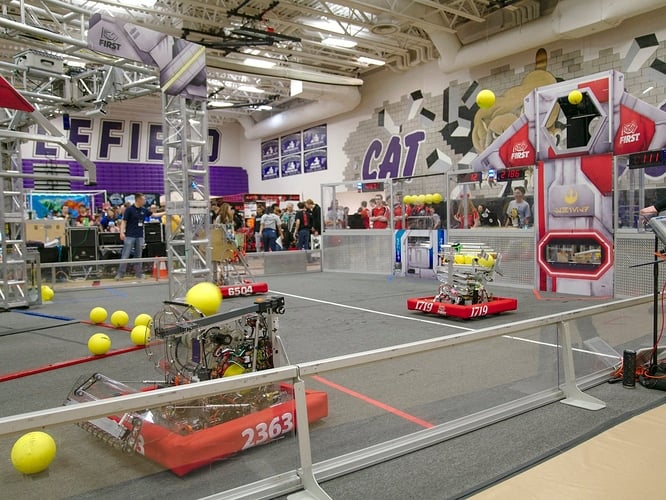 After the competition we worked hard for the next two weeks making improvements, including developing a few new autonomous routines and making improvements to our climber, making it faster and more reliable. Hopefully we’ll be able to show off the improvements at our postponed District Championship in June.