Special thank you to Marissa, Mark, and Jerry for leading the efforts to get this beta testing done!!

Stryke Force was lucky enough to be a beta test team for the Falcon 500 motor/control. We requested and received 6 beta Falcons. We planned to do extensive bench testing with two of the motors and put the other four on a swerve chassis bot.

Problem 1 listed above could only be addressed by manufacturing new parts. VEX did exactly that. Our understanding is that VEX completed similar testing to Stryke Force’s testing of the Falcon 500 where Stryke Force observed damage.

Problem 2 listed above appeared to be the result of conservative temperature shutdown thresholds. Based on some personal experience in the mentor’s day jobs, Stryke Force believed the thermal package built into the Falcon was capable of absorbing the heat from even an aggressive match; we concluded that the issue could likely be addressed with a few firmware tweaks. CTR responded very quickly and provided a proto version of firmware with increased temperature thresholds and will be referred to as “Proto 110c firmware” for the duration of this post. The original firmware was set to shut down at 85c; the new firmware would shut down at 110c. Our initial tests with the Proto 110c firmware were very encouraging. We believed there was more thermal margin in the Falcon Package. Stryke Force then conducted a very aggressive pushing test with 4 Falcons on a swerve test chassis using the Proto 110c firmware. Video of the event is provided here as well as a graph of amp draw and reported Falcon temperature. The results were very encouraging. We did manage to get to temp shutdown in 85 seconds but the workload on the Falcons was likely beyond what you would see in a match. CTR then made a few more tweaks to the firmware and formally released as Ver 4.59.1.0. Stryke Force then conducted a comprehensive bench test to confirm that latest firmware would allow the Falcon 500 to perform at max output for the entire match without reaching temperature shutdown or damage any internal components. Based on the test results, Stryke Force has concluded that it is highly unlikely that a Falcon 500 will ever reach temperature shutdown in a match and it appears virtually impossible that there would be thermal damage to the entire assembly. The formal test write up is attached.

Stryke Force is very grateful for being selected as a Falcon 500 beta test team and we have been very impressed with both VEX’s and CTR’s response to reported issues. 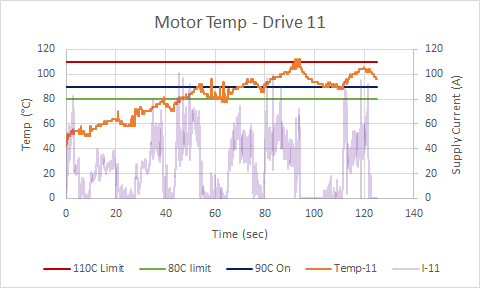 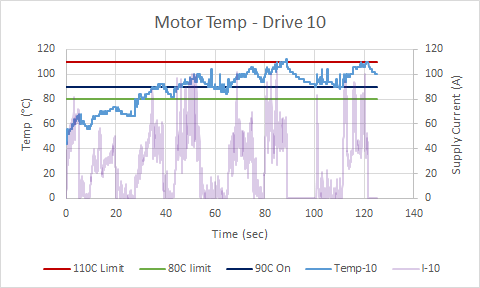 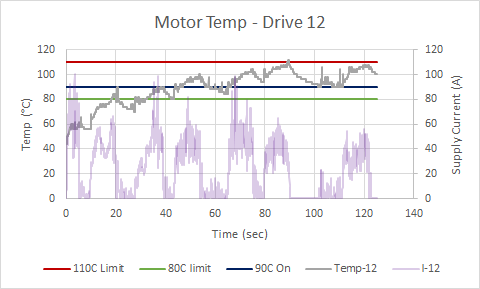 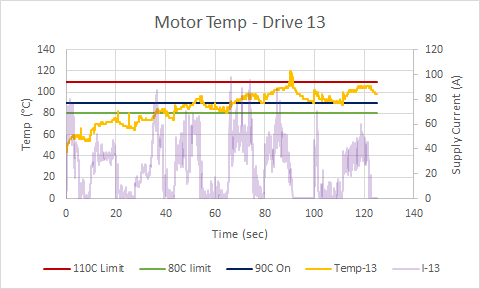 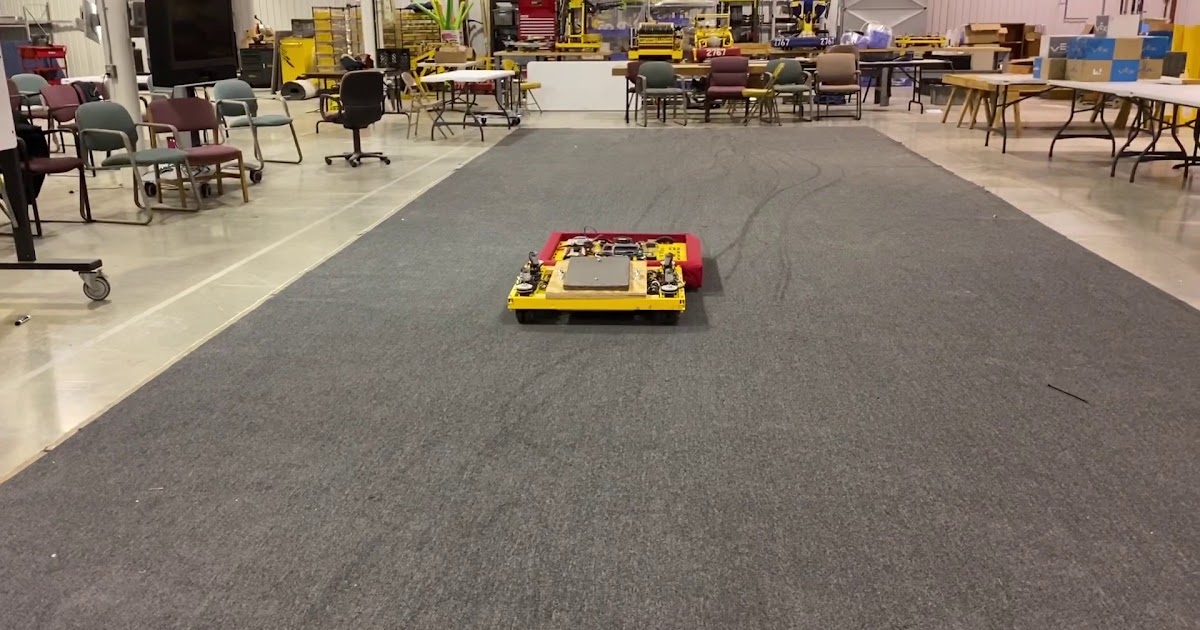 Could you clarify what this operation mode was? Also curious what the problem and solution was.

Great data. Thanks for doing this service for the community. Very curious what the new parts were that were needed to fix the issue.

What is your guys cooling situation? Is the data you collected with a cooling system or without?

All the data collected was done with NO cooling.

Disclaimer:
I’m the dude who sat next to the dude that did the testing.

Are you guys considering Swerve Drive for this season?

Mark or Cory,
How were you guys mounting off of the Falcon? It appears from my eye that you may have redesigned a CIM-ile to accommodate the size of the Falcon, and then be able to utilize the new pinion gears? We’ve been having a hard time trying to source a broach for making an easy attachment for our installations.

Our existing chassis’s motor mounts are setup to accept CIMs. The previous drive motors are a 775 on our custom CIM-ile gear box with an 8mm output shaft, i.e. it’s mounting is physically the same as a CIM. To install simply unbolt said motor/gearbox assembly from the motor mount (black bonnet looking thing under the drive pulley) and bolt the Falcon in it’s place. First we replaced the spline shafts with 8mm shafts from Thrifty Bot since the drive was designed around 8mm pulleys. Installed the same pulleys and we’re off to the races.

Gotcha. I remember that from when we discussed them this past year. Mike and I have been considering the Thrifty Shafts, but are also concerned about their hold up over time. How have you guys felt about them from your usage? Heck, Mike might just give y’all a call today.

Do you know if all Falcons shipping have the updated Firmware already to avoid the issues you experienced?

You will need to update firmware.

Feel good. We plan on using them where appropriate.

Thanks for all the work and great feedback on the motors.

How did you record the data for the temperature of the Falcon 500s? I looked through the api and could not seem to find anything that allows for you to get the temperature data but that is probably a mistake on my part.

http://ctr-electronics.com/downloads/api/java/html/classcom_1_1ctre_1_1phoenix_1_1motorcontrol_1_1can_1_1_base_motor_controller.html#aab3f437b70b76622be77a7cc1d6756cc
This function getTemperature() returns the temperature of the motor controller in degrees Celsius