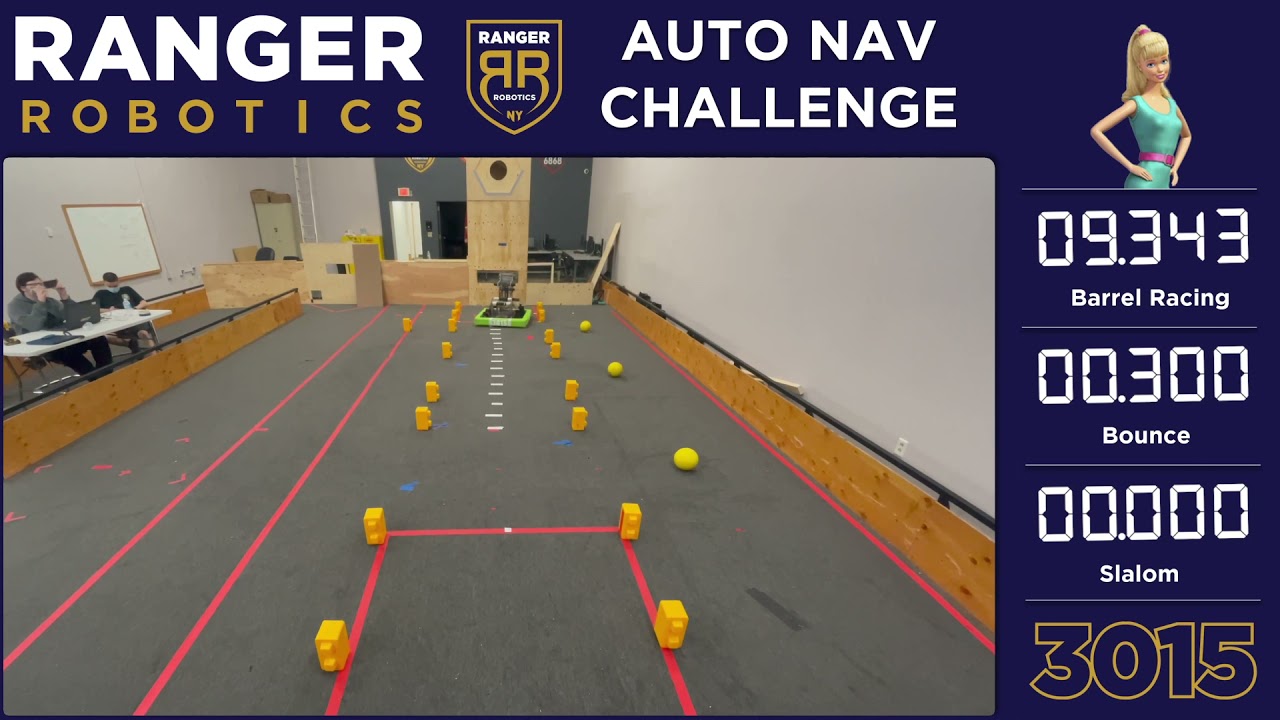 When you tell kids if they design the part, they pick the color, you better be prepared to follow through.

I hope everyone has been enjoying Infinite Recharge at Home!

Sulfur is in trouble

However, if looking at Elo ratings of the group, they would have known 3015 was likely to be trouble right from the start.

This prowess with auto driving does not bode well for the group regarding Galactic Search either. 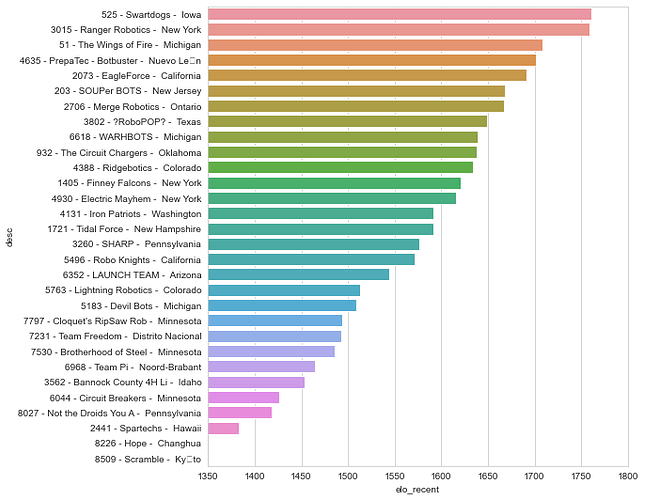 I’ve been waiting to see a swerve team on the AutoNav. Looks great!

This is awesome!! Definitely the auto nav has been our biggest struggle and clearly you guys are crushing it!

So many swerves emerging this year. 2022 is going to be a wild year.

What swerve module are your guys running? Looking good!

We are running the Thrifty Swerve from Thrifty Bot!

Really impressive stuff! It’s really interesting how you chose, for the slalom and barrel racing challenges, to orbit the markers instead of strafing in a circle around them. We had a discussion on our team about this (because our initial intuition was that what you are doing would be faster), and we came to the conclusion that it would probably actually be faster to strafe around the markers rather than try to orbit them. Have you found that this is not the case?

That’s what I thought, us too. The azimuth motor sticking up is pretty defining🤣

We left the pathing completely up to our programmers and through testing both ways, they determined that orbiting was the best option for our team to pursue to minimize time. However, it was much easier for them to path and tune the strafing than the orbiting technique.

I suppose there could be some case where wheel speed normalization limits the overall velocity of the base when combining translation and rotation while orbiting a marker. I haven’t tried to do any rigorous analysis to determine if this could be a factor and if it could more than negate the shorter feasible path.

We are running the Thrifty Swerve from Thrifty Bot!

I’m not a programmer and haven’t worked on it at all so I’m not fully sure why that method is the best, but I’ve been there when they’ve tested varouos methods of traversing the paths and it was for sure the fastest.

Out of curiosity, is it legal to pass the borders of the field like you did in the video? My team is unsure, but if you have evidence, I’d love to see it! Thanks!

Thank you so so much!

Very slick. We didn’t have the meet time available to implement our Thrifty Swerve, but are looking forward to playing with it once we’re done with the challenges. From the looks of this, it’s well worth the playing around!