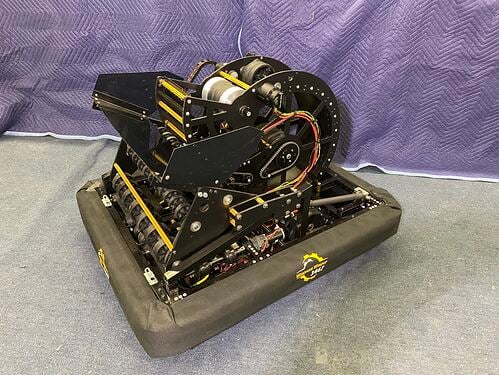 Turbo is comprised of 4 major subsystems:

WCD Chassis
This drive base is heavily inspired by 2363’s chassis. It features chain in tube construction and our own custom 1 speed gearboxes. Top speed is about 12 ft/s, and it’s powered by 4 Falcon 500s. It is max frame perimeter (34’ x 26"), which we now realize wasn’t a smart move for a multitude of reasons. We also have a belly pan lightened by a water jet, which is where we mounted our electronics to. 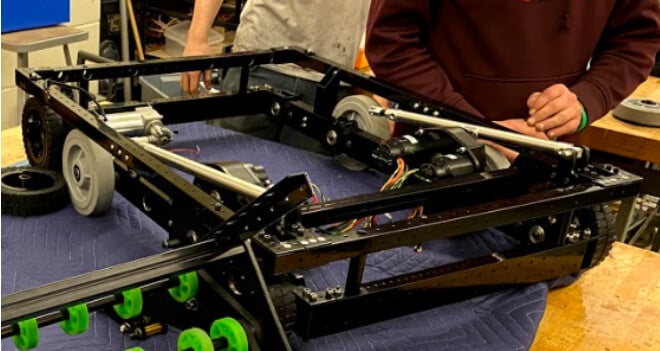 Over-Bumper Intake
The intake consists of 3 rollers powered from a single 775pro. It slides in and out on rails actuated by pistons. The intake and sliding plates are made out of TIVAR Dryslide. The Loading Bay ramp is attached to the top of the intake, so 3 Power Cells can be dropped in directly to the serializer. 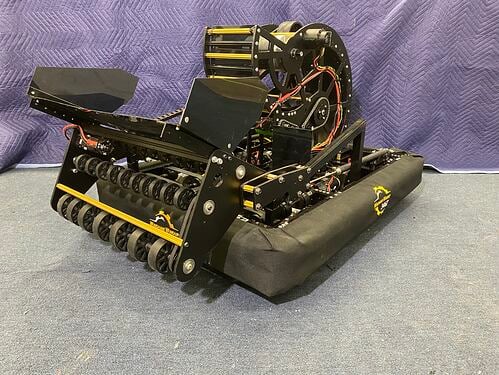 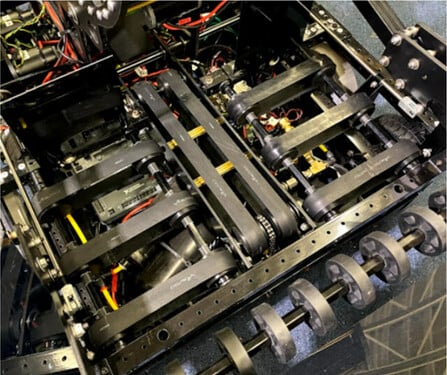 Ball Path & Shooter
The ball path has wheels at the center of the path, which carry Power Cells in and all the way around to the shooter. It is constructed out of that TIVAR Dryslide, which we found worked really well with Power Cells. It has a very low coefficient of friction. It very similar to the HDPE found on the 2019 HAB platforms. We ended up using a LOT of AndyMark churro for standoffs.

The shooter is integrated onto the ball path plates. It’s run off of 2 Falcons, geared 4:3 for about a 140 ft/s wheel top surface speed. We had a shooter hood, but it didn’t work how we intended it to so we scrapped it. It was plastic and actuated by a motor. A new iteration of the hood is on our 2021 robot.

The entire structure is was designed to pivot about one axle, so we can easily gain access to the electronics on the belly pan. 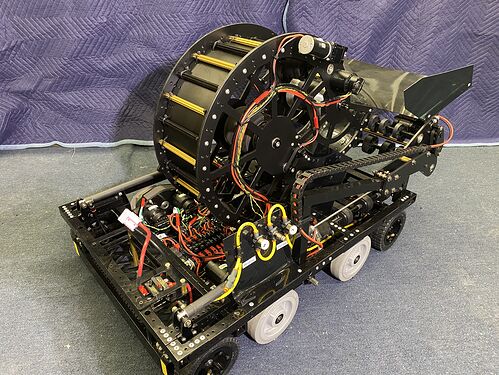 2021 - Fetch
Fetch was designed to build off of Turbo and fix the things its half-plastic, black and gold predecessor didn’t do so well.

This robot reused the 2020 practice robot chassis and intake (same as Turbo). We had very minimal problems with those, so we reused them (plus it cut down on fabrication time). 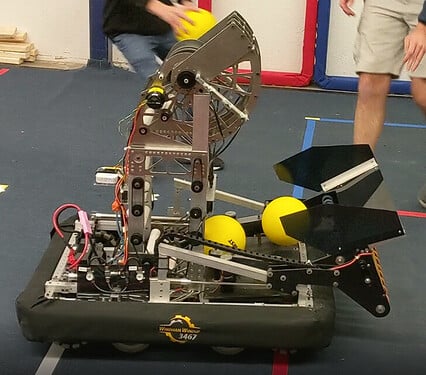 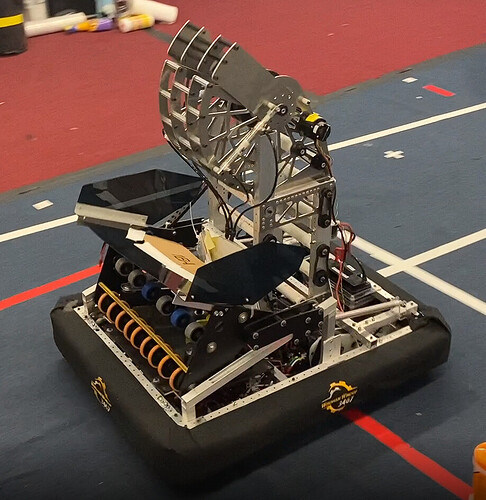 V-Hopper Serializer
This serializer has been adopted by many teams over the past year, and we’ve decided to use it as well. We needed a simple design, and what works, works!

Tower Ball Path
The ball path is comprised of 10 PVC rollers, all powered from 1 Falcon 500. The speed of the rollers increase as you go up the tower. We made it out of 2" x 1" VersaFrame uprights, and is held on by 4 bolts and some custom CNC gussets. 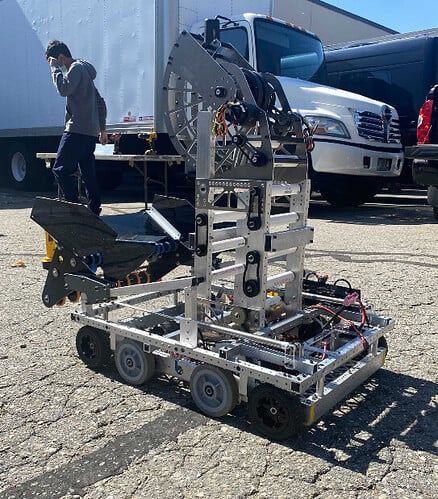 Shooter & Hood
The shooter is made from 2 aluminum side plates and 2 aluminum ball rails cut from our CNC. We switched to a 6" wheel, and we used about 2" of compression. The system also includes 2 more PVC rollers, running off of the shooter wheel so they spin faster and separately than the tower rollers. The shooter and rollers are powered off of 2 Falcons.

The shooter hood is very similar to what we had in 2020, although this time it was made from aluminum and not plastic, and we now actuate it with pistons instead of a motor.

Here is a playlist of our IR@H Skills challenge attempts: https://youtube.com/playlist?list=PL7us6B4KOiLpiB4QtzmzpnVGvpDnOHpeQ

We had very little time to practice and refine the robot, so we could have gotten some better scores with more adjustments.

Here is the link to Fetch’s CAD: Onshape

Feel free leave any questions you have below! 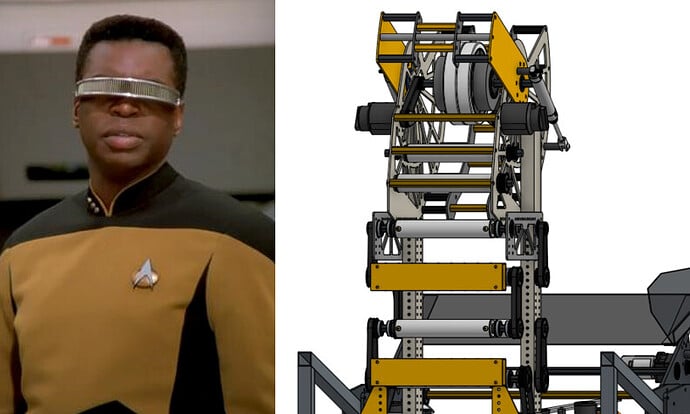 I have to say I’m a big fan of the 2020 robot, from using a similar architecture I know how hard is to fit an over the bumper intake look really really nice 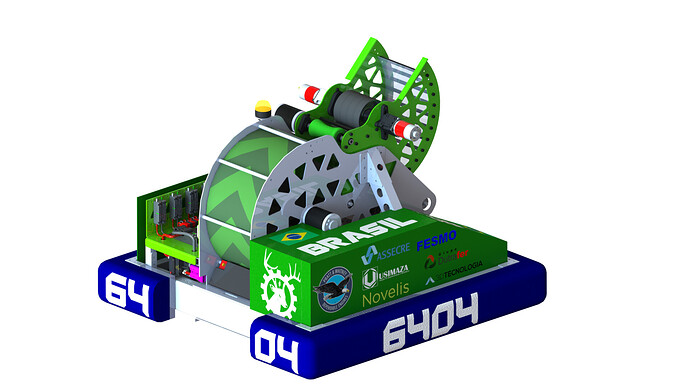 Yeah, it took a lot to design a robot short enough to fit under the trench, have an over the bumper intake and hold 5 power cells. We also wanted to shoot opposite our intake to trim down cycle times, which proved to be a hard requirement to meet.

Because we had such little time to test our 2021 robot Fetch (we finished it about a week and a half ago), we have future plans to tune and upgrade it so it can become more accurate and shoot faster. I think I can say we weren’t entirely happy with the speed at which we could shoot power cells, and we look to fix that in the future!

We want to try and hold 3 balls in the tower so we can just shoot them one after another quicker. Didn’t have the time in testing or software to make that happen.

I think these two need a buddy. 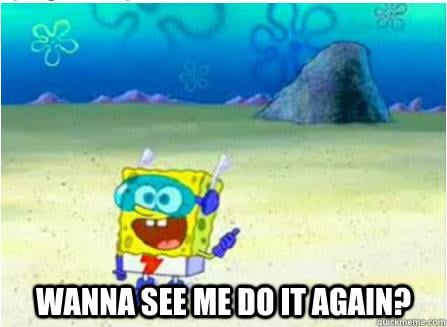 We initially were going to use teflon, but we had the dryslide in stock and it was thick enough to to build slide plates out of. We did use bits of teflon here and there, namely on the practice robot. Dryslide is pretty comparable to Teflon when it comes to coefficient of friction.

In hindsight though, the structure could have used a lot more support. Dryslide has terrible shape memory and is pretty easy to bend.

Have to say my favorite thing here is the name of the 2020 robot. Looked at the ball feeder in the picture and immediately thought TURBO 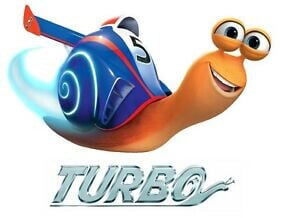 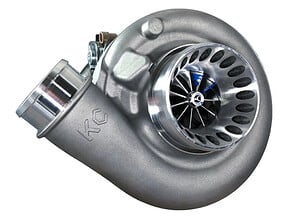 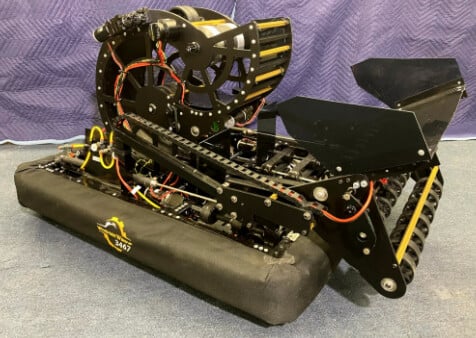 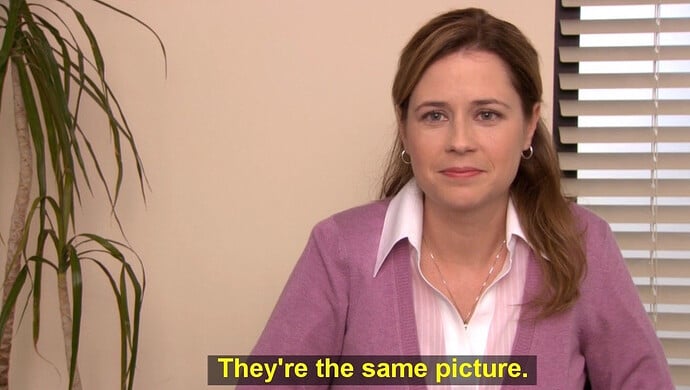