Myself and others on my team would like to see what other teams have come up with for button designs. I wanted to create this thread so others got a chance to see other teams buttons. If you have a button design please feel free to post down below!

Team 1619, Up-A-Creek Robotics, worked on creating our pin design for most of the day yesterday. We wanted to incorporate the recycling logo into our design, but weren’t quite sure of the best way to do it until someone mentioned that it looked kind of like an “A”. At that point most changes were either placement or refinement from the concept that emerged, with the biggest debate occurring over the font of “Recycle Rush”.

We make all of our own pins with a laser engraver that we have access to, and this year the plan is to use mirror-backed acrylic and engrave (and cut) from the reverse side of the material. This leaves the front of the pin smooth and allows us to use a translucent blue acrylic to match the team colors for a cool effect (without people actually being able to see the pins that are glued to the back). We preferred this to clear acrylic without a backing (which made the engraving difficult to see at certain angles and prominently displayed the pin on the back) and our previous method of simply engraving and cutting out opaque colored acrylic on the same machine.

Here is a picture of all our different designs together: http://i.imgur.com/wmbBCdg.jpg

Here is a picture of our final design: http://i.imgur.com/YEbfS60.jpg

We haven’t ordered our blue mirror-backed acrylic yet, but we’re excited for the final product once we get it!

Here’s ours from last year (and since it’s apparently so bodacious, why change it?): http://t.co/IP1PlM76GS

We go small and simple… unless you’re an alliance partner
http://instagram.com/p/lsxlOnvgqP/

We have a company put our logo on bottle caps that we then put pins on. Something different than the normal button.

We made two thousand game specific buttons last year- and didn’t get past the second tournament!

We have a company put our logo on bottle caps that we then put pins on. Something different than the normal button.

We are using a variation of this one. Hopefully we will have a 3D printed handout sometime soon, saw some last year and they were pretty cool!
I heard Frank has a wall of team buttons, does anyone have a picture of it? 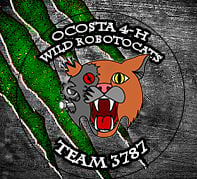 We have dozens of button designs.
Here are a couple of news ones featuring our theme and our robot logo.

This is our team’s first year to do buttons, we are putting our team logo on the button along with some game specific things. Hopefully we will have a physical design soon.

We have dozens of button designs.
Here are a couple of news ones featuring our theme and our robot logo.

New Lol-X-Cat for this year!

We’re planning on having 200 of these made with mirror backing for the 2015 Dallas Regional. 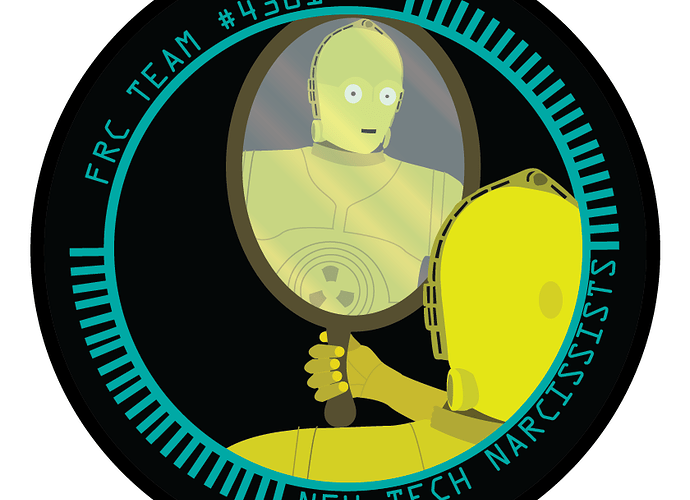 Here are our alliance buttons from the past. We make these over the lunch break and pass them out to our partners early in the elimination rounds. 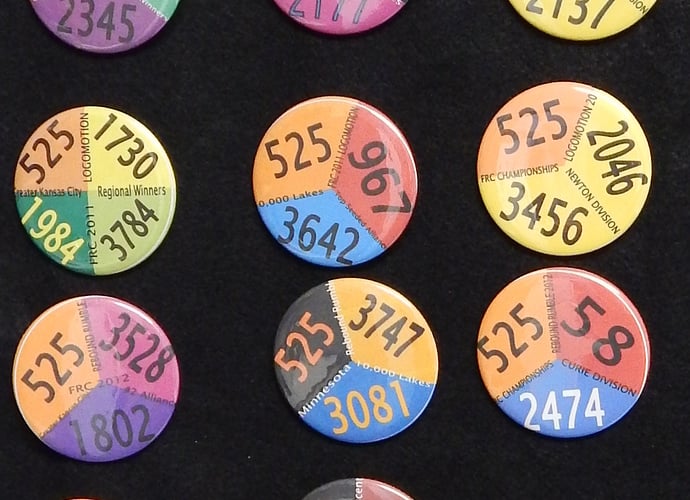 Two of our stuffed chickens can be seen wearing our buttons (and safety glasses!) here. 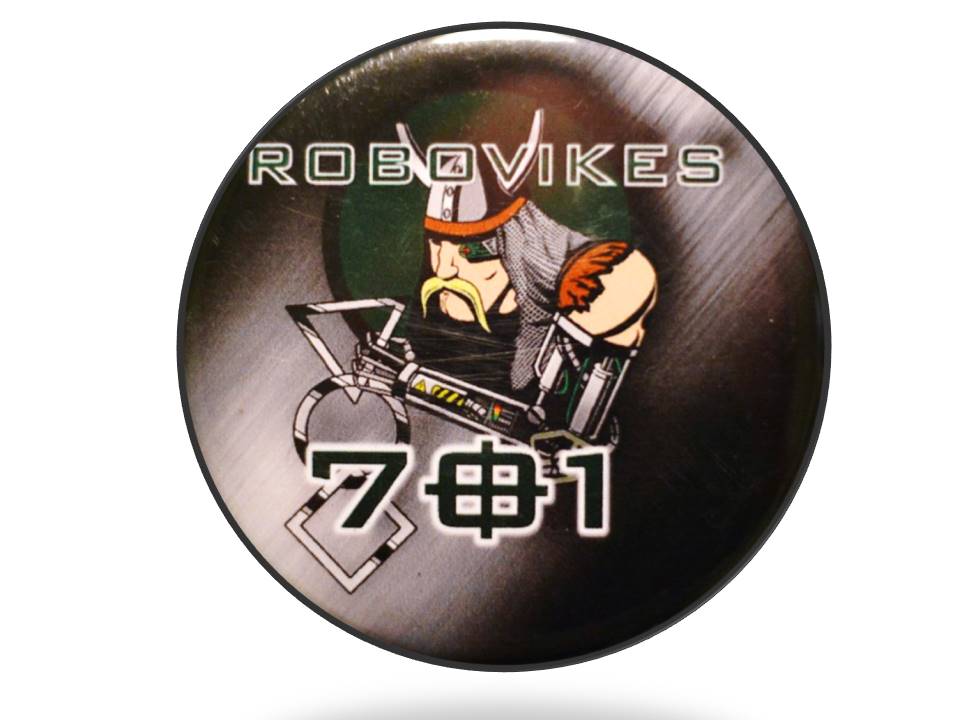 We have a standard button we use just about every year.
This year 2016 is BERT’s 20th year, so the team decided to put that on special buttons this year (see attached images) 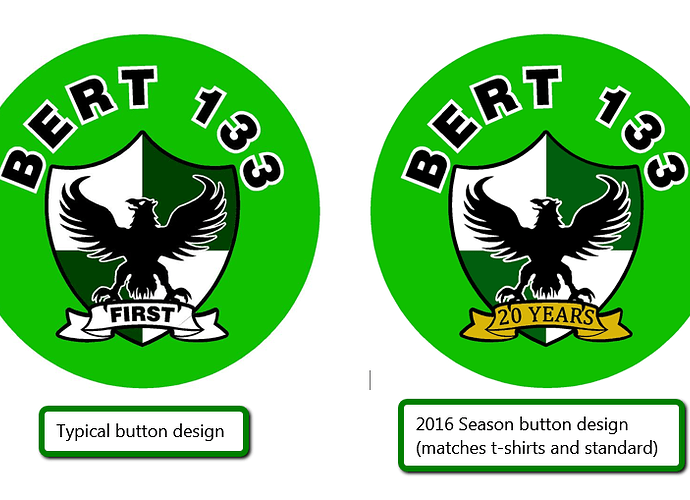 Here are our alliance buttons from the past. We make these over the lunch break and pass them out to our partners early in the elimination rounds.

Those are very, very cool. Button on demand at it’s finest!

My favorite button is:

Across the top along the circumference was Team 1640
In the middle was On CD I’m FOSTER
and along the bottom, Sab-BOT-age 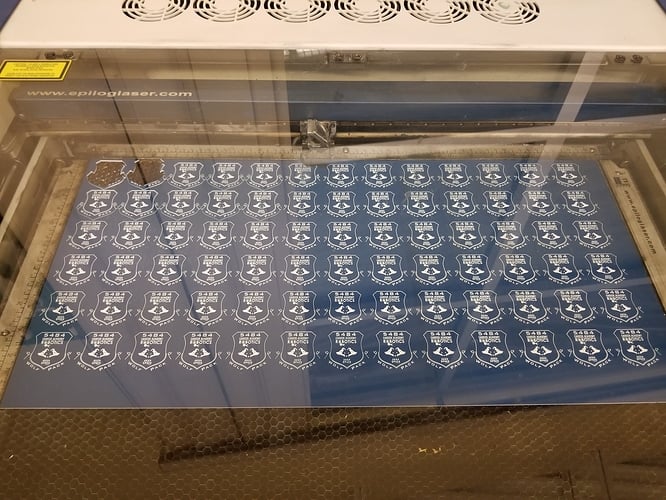 5484 is trying out laser cut buttons this year.

Here are FRC Team 360 The Revolution’s team buttons for the 2020 Infinite Recharge year. This is the first time that I’ve designed buttons for our team, and I had so much fun!

I used an app called Notability to draw the designs. Notability is a note-taking app and is $8.99 on the App Store, but I received the app for free because it came with my school’s Zuludesk student package. I took a screenshot of the final designs, sized them down on the Pages app, converted the Pages document into a PDF, uploaded them to our team drive, and printed them out. For the ombré backgrounds, I used the Autodesk Sketchbook app, took a screenshot of the circles, and inserted the screenshot as a picture into a Notability note.

All of the designs except for the R2-D2, BB-8, and C-3PO Trifecta Button have an Aurebesh (Star Wars Language) translation for some of the titles to add a special touch and to make the buttons match with this year’s theme. I drew every part of the drawing, including the hand-lettering. I used an Apple Pencil when I could, but I tend to misplace it so parts of the design were colored or drawn in with my finger.

For other button designers, media people, artistically inclined people, or anyone else out there, I am open to your feedback and suggestions. If you are looking for advice on anything with team buttons or other media, I am also happy to help. Thanks so much!