I recently bought an old Kwikbyte driver station used in the 2009 season, I have a cRIO based robot that I wanna control using it so that I don’t have to get out my laptop every time I want to use the bot.

However, I can’t seem to figure out how to change the team number on the DS. I’ve sifted through as much documentation as I can find in two hours , the closest thing I got was Kwikbyte’s documentation for re-imaging the unit.

I can’t figure out if changing the team number is part of the imaging process. If anybody has any idea how to go about this I would greatly appreciate it. 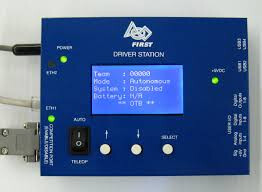 I know I could probably set up a pi to do the same thing but I figured that’d be more effort, and I have a thing for old frc hardware anyway lol

Man, it’s hard to remember back that far. It either had a custom imaging software for it, or it pulled it directly from the cRio, don’t really remember.

However, I do believe there was a required physical stop button that had to be plugged into the controller in order for it to work… if you don’t have that, you might be out of luck. Even with that, a laptop might be easier.

Those also had a serious issue with static that burned out a lot of them. I know we lost a couple, just by tethering it and driving around!

I don’t remember exactly, but there’s a button sequence to do it. I think it’s something like hold down all three buttons until the number pops up, then use the arrow buttons to change each digit.

Yeh, it was a button sequence. I’ll go look it up.

The Competition Port needs pins 8 & 9 connected to any switch to allow Enable/Disable. It’s Disabled by default so sorting pins 8 & 9 Enable the robot.

Yeah I had read about the static issue, to my understanding teams used to ground out the case?? and yeah I’ve made a competition port switch for enable/disable.

Some of the static issue had to do with the material of the wheels and field that year.

Ah, so that’s what the wire I see in some pictures is. Thanks!

Wow, I haven’t seen these discussed in quite some time now. What memories. Glad to see someone trying to bring it back to life. 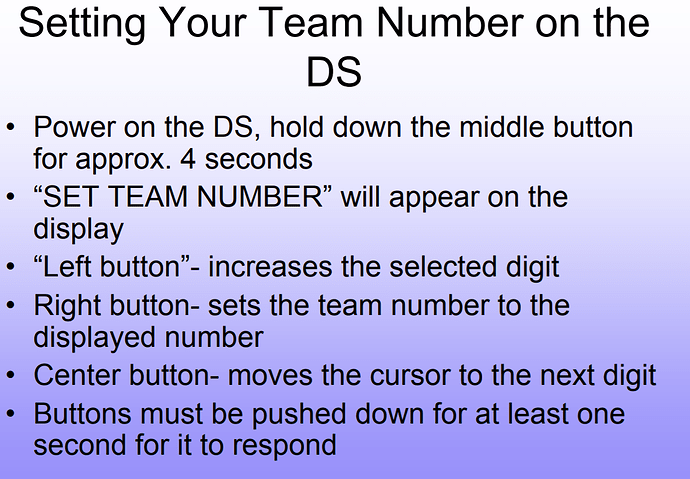 Thanks, I’ve been fascinated with the old frc control system since my lead mentor gave me one of our team’s old cRIOs. It seems like all such still useful hardware that not many talk about.

Nice!, that worked perfectly. Thanks so much all, I wouldn’t have figured out button combos anytime soon if not for you guys.

I just dug out an old one and played with the button sequences.

2009 was my introduction to FRC. I’ve always liked the video from the opening ceremony.

Anyone ever use one of these to drive a robot with a RobotRIO? I know ours still worked in 2014 with the newer firmware on a 4 slot CRIO, but I don’t remember trying it on anything newer.

The DS protocol changed for 2015 (and a bit after that), so I doubt it’ll work. Maybe there’s some way to write a custom firmware implementing the modern DS protocol?

We don’t talk about it because the people who used it were VERY happy to see it go away. It’s kinda like 2015.

We ended up going through something like 5 unmanaged network hubs because the static electricity from the floor would blow them up and we were using them to protect the blue module. When the blue module ate itself that year, we were up a creek because we couldn’t swap it out quickly enough between playoff rounds.