The MARtian: Prepare For Launch Into Deep Space!

Ladies and gentleman, boys and girls, lifeforms of all ages. It’s time for what you all (or at least, a good dozen of you) have been waiting for:

The MARtian: IN SPACE!

In 2019 marks a new year for MAR FMA, and of course that means The MARtian is back to fill that empty void in your heart. After all, who better to guide you along this outer-space journey than the prediction account that’s out of this world!! From sandstorms on Primus to snowstorms in MAR, who knows what might happen as we venture into Deep Space. As per usual, the 8th Mid-Atlantic District season all begins down at Hatboro-Horsham, and just like always, the MARtian will get down and dirty with what the MARtian does best: MARginally accurate predictions, of course!

Why did the chicken cross the road? Why does Rice play Texas? Why is the rum always gone? Or the more important eternal question, hatch panel or cargo? Which should you start with? How should you preload your cargo ship? Smart teams will have already figured out their plans before the match begins. Others will play it by ear as competition goes on, roughing out the edges to form the perfect puzzle-piece alliances. 35 of MAR’s 128 teams are set to liftoff this weekend, and here are some that the MARtian felt might outshine the rest:

From a Galaxy Far, Far NEway

Always love reading this. Thanks for working hard to put it together for this year!

FMAtian just doesn’t have the same ring to it.

so be sure to check out their Public CAD thread for any changes after this weekend: FRC 319 - Public CAD 2019 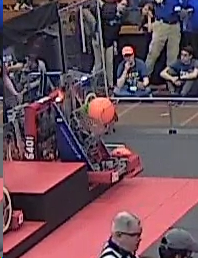 18 point SANDSTORM Bonus, from what I understand.