What is the perfect driver?

There is no such thing truthfully.

Because not one person can be the driver. The drive team as a whole is the driver. From Primary, to human player, they all manipulate some aspect of the robot.

The best drivers know this and attempt to work together. The Coach is the external eyes, the primary is moving the robot, secondary is lining up the shot, and the human player is getting ready to reintroduce the game piece.

Without this well oiled machine, there is no driver. There is an operator. Its almost going along the lines of what’s called crew resource management. CRM is used in the aviation industry to help complete a safe flight. by definition, Crew Resource Management (CRM) is the effective use of all available resources for flight crew personnel to assure a safe and efficient operation , reducing error, avoiding stress and increasing efficiency.

I would love to hear some input on this topic if anyone else has theory’s in driving.

I’m pretty sure a good pit crew and strat crew is what makes for a good driveteam.

Tfw they’re all the same people.

Not to steal from Karate Kid, but the best drivers we have had have been strong in both offense and defense. I also agree that they know the resources. CRM is not in isolation for us as we are so small that all of our crew does drive if they desire. Currently, our best driver takes pride in learning about all aspects of the robot. They are a programmer as well as a mechanic.

there is no driver.

There Is No Spoon GIF by anonymous

My breakdown’s a bit less poetic. Assuming the ultimate goal of the team is to win the competition:

I say this not to demean the role of others on the team (see: #2). But, at the same time, there are indeed unique and necessary skills required of said robot driver.

It starts with someone who can show up to practice in time.

Then, someone who can problem solve in real time, and has the right balance of enthusiasm, grit, and cool-as-a-cucumber when put under pressure.

Then, it involves the ability to interact with others in real time, very well. Others may be teammates you’ve known for months, or complete strangers.

Then, it involves someone with enough hand-eye coordination and good reaction time to use the robot to score points well. This is where the technical nitty gritty starts, as we interface human to machine.

Or, ya know, just try to claim Nick or Andy are pre-college, and hope no one notices.

The driver/builder/programmer for 7179 - Crossfire illustrates that a single individual can be successful, albeit probably not as successful as a full team. 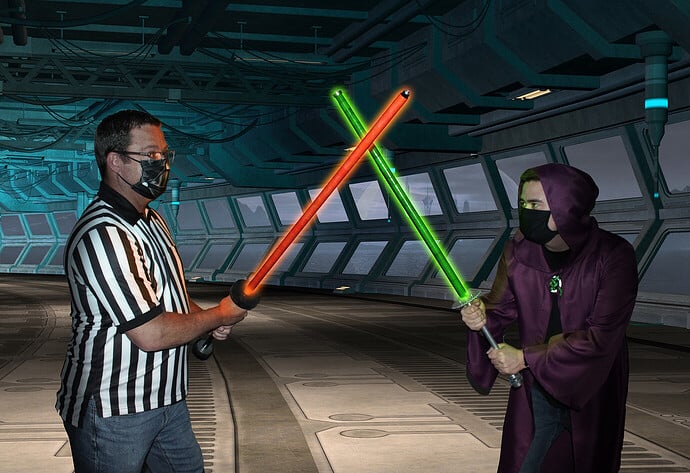 So Nick is ten years out from driver eligibility, and Andy was never an eligible driver. Doesn’t stop them being competitive, and it sure doesn’t stop them modeling the right attitude.

As long as we are being poetic:

The Drive sub-team is by the far most abused and neglected of sub teams, so much so that many teams fail to consider it as a proper sub-team. While some programming teams may state they are given insignificant time, a mere 6 hours, we must remember that even they at least had that time, were some drive teams get only 24 minutes total.

How do we rectify this injustice? A modest proposal; one that, while it share not the same satirical subtilties of Swift, does share the simplicities. Build, wire, and program the entire drivetrain day 1 of build season.

Now, some may argue that 1 day is much too short to assemble a drivetrain. May I remind you that some teams have taken apart and reassembled an entire drivetrain between matches. If you can not assemble within the time of Dean’s declamation, then you dare fate to strike at the most inopportune moment. Train your team for such a task.

Some may argue that design plays an integral factor in establishing your drive base. May I propose the 3 reasons you should choose a specific drive base?

There is nary a game that changes any of the above factors. Thus, I propose that the above be decided before the season. Drive’s like Swerve and West Coast can easily be modified to many dimensions. Think of the time one can save by having your drive done day 1 instead of 21. Much needed time can be spent on intake and scoring mechanisms, which lead to much higher reward for less work.

Finally, if the drivetrain is done day one, then it reduces the strangle hold mechanical often has over programming and drive team. Rather than mere days designated for these disregarded disciplines, and entire season could be spend sharpening skills. Every sub-team is given equal opportunity to perfect their craft.

If any sub-team’s actions result in robot being in a non-working state, it is everyone’s first priority to make sure it is working by the start of next meeting.

I may not be able to state what the perfect driver is, but the above is one way to work towards achieving one.

One of my first drive team training procedures is to make them all play Overcooked with me giving directions. It’s worked out pretty well so far.