Today starts the true battle with Build season if you’re in FiM…Snow Days!
It’s always a guessing game on how many days are going to be removed from your build season every year for these events.

So true. It cracks me up every time, but I live for the text “Uhm, since school is closed, can we open the shop and do robots?”

(The answer is most always no, because safety and mentors still having to work)

I don’t know what FiM means but I assume it means ‘final exams’. We get the shop 12-8 on exam days but of course, half the students are studying/exam-ing at any one time… But it doesn’t matter because we’re waiting for FedEx to bicycle our parts orders across the border.

FIRST in Michigan. We aren’t getting much snow on the west side though.

It will be a game time decision this afternoon if we meet or not. School is still open here in west Michigan. We’ll see how the roads are this afternoon…
But yes. Snow days. Grrr.

They closed schools early here in anticipation of bad roads toward the end of the day.

can we open the shop and do robots?”

Our shop is at the school and they said after school activities were canceled when they announced school closing.

Doesn’t help when 2 Metro Detroit news channels decide to film the weather in our Downriver area. Just know we are going to get all those 7" they are predicting.

It is not just FiM. I just realized that if we get the expected amount of snow here in NH, we will have received over 3’ of snow since Friday. Afternoon activities are already canceled this evening.

Same, we already had a day off robotics here in MA from the snow on monday

Seems like a build season miracle that this is the first time we are thinking about snowdays this season.

It’s similar to when you get to much rain at once.

Yeah it’s just not generally as bad as up here.

My Little Pony: Friendship is Magic 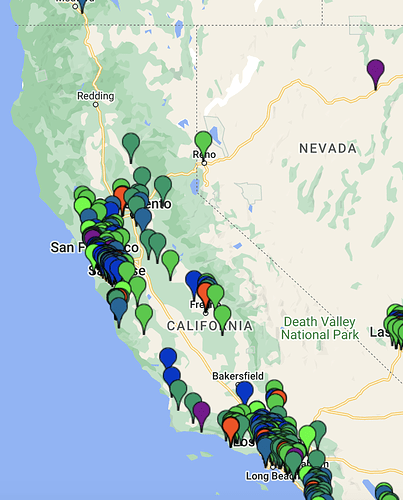 I think you mean Donner Pass was real interesting about 2112 months ago.