Given certain designs require taller robots that are more prone to falling over and a frame limit. In theory, it should be possible to mount a flywheel and a motor and to have it spin continuously so that the robot would resist any actions against it.

This would allow a taller robot to accelerate even faster than other tall robots. For ramming/speed robots, the gyroscope would aid them in running over bumps fast and remaining stable when coming into contact with other robots.

Battle Bots Application
Not to be off-topic

There are certain designs that are prone to failure once the robot is overturned. Using a flywheel to initiate gyroscopic precession, a rammer bot could survive a wedge bot. Or an axe bot or piston bot would be less prone to their tools and would be capable of delivering a higher force.

Also, you could tie knives to the flywheel

Outside Robotics Competitions
If we used flywheels in taller robots, we could-like the other examples-endure higher accelerations. Taller robots that need to be lowered through small holes would be more feasible in navigating caves.

But remember kids… That’s just a theory… A Robot theory!
Seriously though, I’m typing this up just when I woke up so this idea could be just a fever dream

this idea could be just a fever dream

| I honesty miss FRC though. I miss the crazy ideas and innovating new algorithms. I loved deriving new equations and stuff too

While gyro (or spin) stabilization is quite common for satellites, ships and some other vehicles, I have some concerns about this idea.

First of all, if you apply a torque to try to tilt a spinning gyro sideways, it creates a reaction torque orthogonal to that axis that (i.e. forward/aft). So, as you go around a corner and the robot tries to tilt to the side, the gyro will apply a torque that tries to tip the robot back. The reason that these systems can work in ships to stop roll motion is that ships are long and able to easily react pitch torque. A robot tends to be more square-ish and tends to not have significantly greater stability fore/aft as it does side/side. So even though you won’t fall over to the side as you are going around a corner, you may tip backward or forward resulting in the same final state of the robot laying on its side.

My second concern is that in order for gyros to do their job, you need either a large diameter wheel (which would be very challenging to package in most robots), a fairly heavy wheel (weight is always a challenge) or a high angular velocity (insert scared face here). Plus the housing that holds the gyro will need to be fairly stiff so that when the gyro is doing its job, the torques it is imparting into the robot are rigidly transferred to the frame to have the desired effect. If the support is too flimsy, all that will happen is that the gyro bends the support structure.

It’s a clever idea though. It is probably worth doing some math to see what kind of righting torque you can get from a reasonable sized gyro spinning at a reasonable speed.

We investigated this for climbing and shooting stabilization. It’s somewhat dangerous and really really hard to fit under weight limit. For context, the proposed design was a 10lb (don’t know MOI) disk spinning at around 10k rpm.

Team 263 Sachem Aftershock used a gyro wheel in 2009 for the opposite - they had it mounted to a gimbal and used the gyro reaction to help turn their robot and counteract the “straightening” effect the trailer was applying.

After the match was over they took a 2x4 onto the field to jam into the wheel as a brake.

Precessive torque is proportional to velocity so it acts like a damper. This would mean adding a gyroscope would make your robot tip slowly (and be less prone to tipping), but also it would right itself slower.

Using a flywheel not as a source of precessive energy (is that a term? Idk) but as a source of plain inertial energy with an active brake system (i.e., push a button and a brake is applied to a flywheel, transferring it’s kinetic energy to slam the robot down to the ground) (https://youtu.be/n_6p-1J551Y) could be more promising. 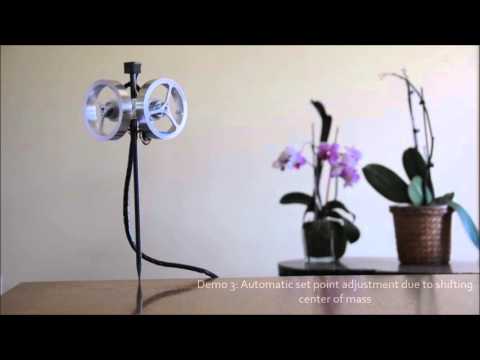 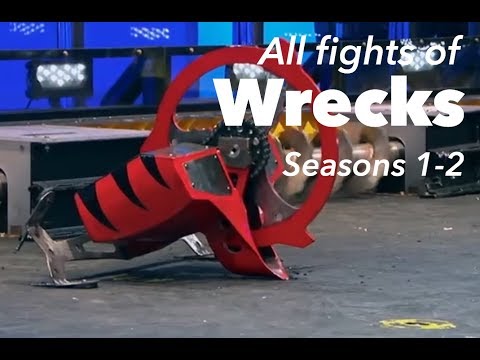 1388 Eagle Robotics (I think) had a flywheel in 2009 that they used to impulse their forward momentum to get going and to push others out of the way.