Thoughts and prayers to 4329 Lutheran Roboteers

Our community lost a really good guy. Thoughts with 4329 and The Zilz family.

The Lutheran High community is saddened by yesterday’s sudden loss of Mr. Dave Zilz, our Engineering teacher and Robotics advisor. Dave, a beloved husband, father, teacher, mentor, and role model, possessed a passion for teaching and caring for others surpassed only by his love for his Savior, Jesus Christ. With classes cancelled, many students, alumni, parents, faculty and staff held a Prayer Service on campus with Pastors and DCEs from our Association Congregations. Our hope is in the promise of Revelation 21:4, "He will wipe away every tear from their eyes, and death shall be no more, neither shall there be mourning, nor crying, nor pain anymore, for the former things have passed away.” We take comfort knowing that Dave now rests in the loving arms of Jesus.

Rest in peace, Dave. May peace be with all who knew him, somehow, in this difficult time of sorrow.

Sounds like another one of the great guys I never got to meet. Thoughts and prayers to his family, friends, school and team.

Dave was instrumental in organizing many of the (offseason) events here in St. Louis. Anyone who had the chance to speak with him knows how warm and welcoming a person he was. He will be sorely missed!

Dave and I crossed paths during a chance meeting at Boeing in 2013. I had recently relocated to the St. Louis area and he had recently started an FRC team. I had intended to take more time away from FRC, but Dave had a way of bringing everyone around the campfire with his drive and passion.

Seeing what 4329 has become from where they started, it’s just incredible to see what Dave and others built over the last 10 years. They went from building robots in an old weight room to having a STEM wing built at the school. He worked at Boeing for 35 years and then retired to teach PLTW full time - not many would do that, but Dave loved teaching. He kept the Gateway Robotics Challenge going after I moved away from St. Louis after 2016 and always stayed in touch. He was a true friend and a great mentor and I’m going to miss him.

Thankfully I took time to chat with him at Houston worlds this past year. He was so proud of what 4329 had accomplished and how far they had come. Take the time to talk to people when you can, you just don’t know what life has in store for any of us. 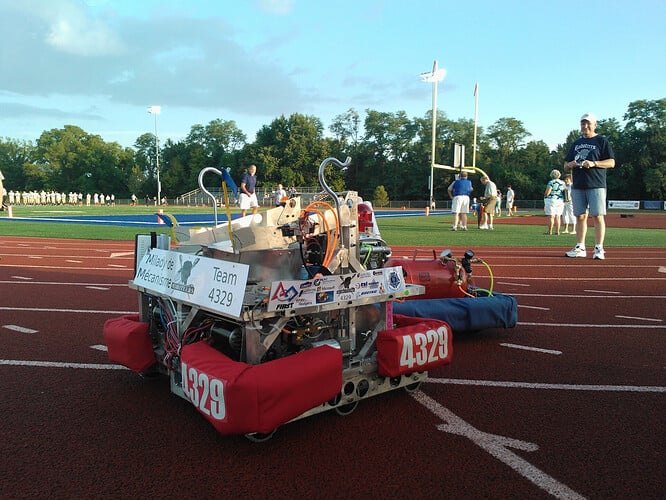 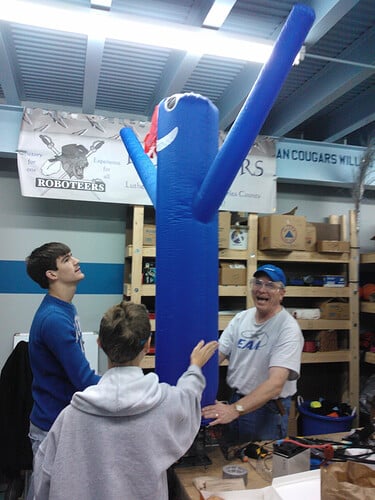 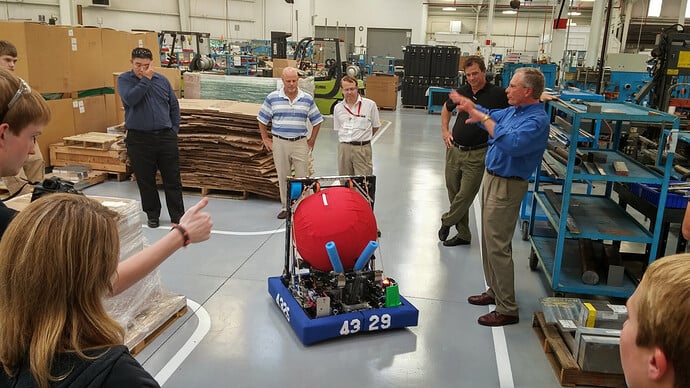 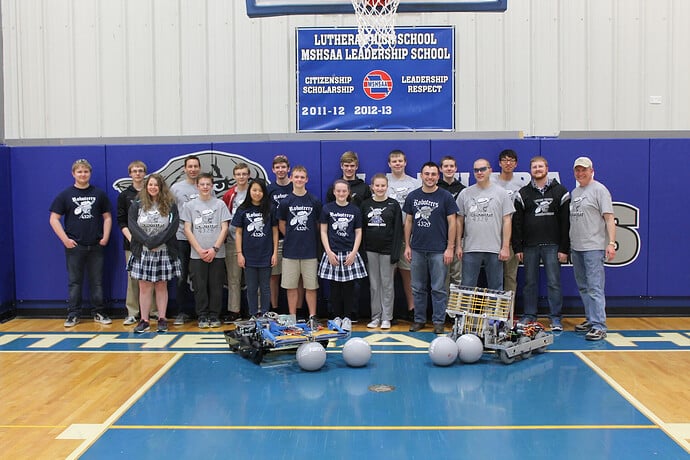 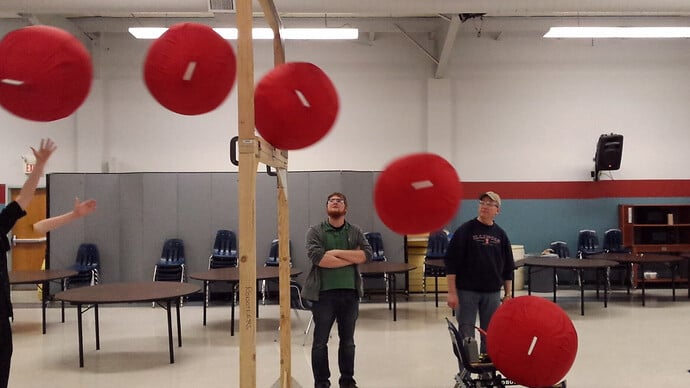 This is a little long winded and repetitive, but I wanted to say this about a great man.

I first was introduced to Dave my freshman year of high school at my first ever competition, the Gateway Robotics Competition. I was on team 4256. Our teams had the same rookie year, and both teams were mentored by Boeing. To say our teams got along well was an understatement. Frequently after a long night at our build space, a few of us Cyborg Cats would go visit them (they started later and ended later due to a homework period together). They welcomed help, playful banter, and camaraderie. Dave set the culture, and everybody loved Dave. The team was like a second robotics family for me, and in off seasons where 4256 was barred from doing much, a few of us were encouraged to don our Roboteers shirts and pitch in where we could. I have lifelong friends from that team. Dave was just the best. I don’t know any mentors who weren’t impacted by him, and he always wanted to bring the region with him.

Up through my senior year, 4256 always had more resources. We tried not to rub that in too much, but both teams were well aware of it. Shortly after, after Dave retired from Boeing and started working for LHS as a teacher. He was instrumental in getting them a building for STEM purposes and PLTW courses. His team quickly surpassed my old one on so many levels. I was amazed both as a student and even more so as a mentor at how much Dave accomplished there. He was an inspiration to me and so many others, and I’m so glad I had the privilege of knowing him. I’m also glad I got to see him at worlds, where his team won EI at the worlds level. God bless you Dave, and my thoughts and prayers go out to your family and your team. Robots won’t be the same without you.

FRC Team 1501 T.H.R.U.S.T. send their condolences to Dave Zilz’s family, friends and team members.
From what I have read, Dave was a great mentor.
Rest in Peace.

Although I never got know Dave as well as I should have, I thoroughly enjoyed his presence, the Roboteers are an upstanding team, and reflect Daves personality. Dave was always helpful, whether at competition, or during practice with 5147 and the Ratchet Rockers. Dave, thank you for being a friendly face and helping out our small team and being part of a great Missouri (and Kansas) robotics community.

Although I have only known Dave since 2019 when i rejoined FRC after college, I still considered him a close friend. His passion and dedication to inspiring the next generation of technology leaders and engineers was so admirable. He left a lasting impact on anyone he worked with and I know anyone who has had the pleasure would agree. I am so grateful for this time and will miss him dearly.

My greatest condolences go out to the Lutheran Roboteers and the Zilz family.

Please pass along my and WildStang’s condolences to Dave’s family, team and community. There are so many great people in this competition and we are all better for their time spent with us. My prayers are with you.

As a student on 4329 and someone who has quite literally grown up for a decade around Dave Zilz, its very comforting to see the thanks sent by the community. If you have any questions or comments feel free to ask I can relay such to me team and others around. 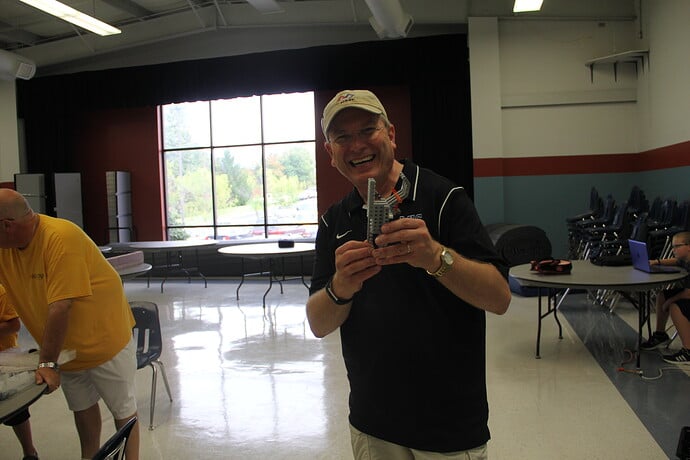 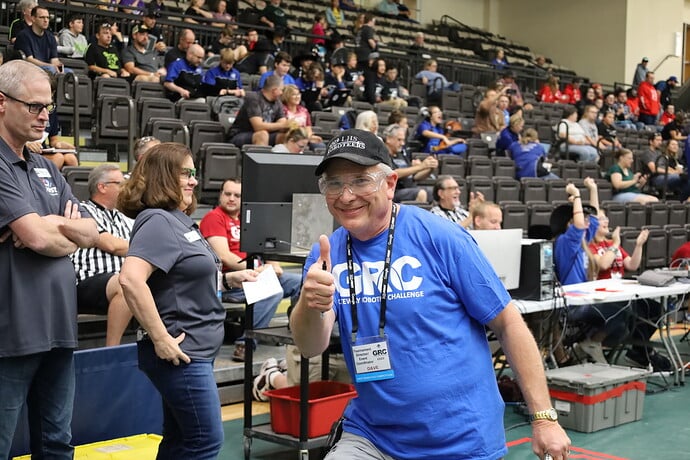 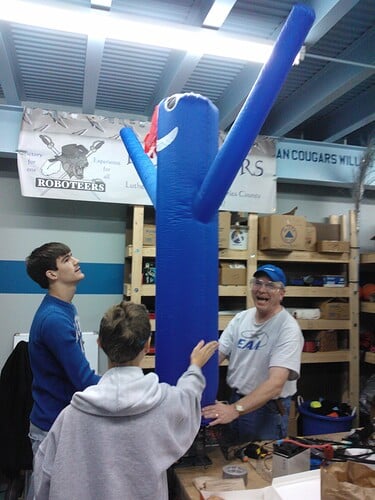