Trying to come up with some “high level” climber ideas for the multi-stage aspects of this year’s climb to L3/L4.

This is the first idea I’ve come up with that seems “simple” (at least conceptually):

You could extend this concept into an L4 climb in a few different ways (all just as implementation-heavy as the rest). Two poorly thought out ideas:

I’ve also had the (maybe terrible, maybe genius) idea of using a CoreXY inspired kinematics system to keep the motors and electronics on the chassis-end of the mechanism.

EDIT: I don’t think the center of gravity works quite right on the “disconnection” phase of this… Back to the drawing board I guess…

EDIT 2: Extending the green bar further to the left of the left hook could make the math work out on COG. Similarly, some kind of passively articulating, angularly-limited joint connecting the robot to the green bar could provide the appropriate COG shifting or bar rotation needed to “disconnect” from L2

Instead of moving the robot, the left hook could be moved along the bar, with the right hook resembling a more angular(?) shape (like an acute L). This removes the need to shift COG to “disconnect” from L2. Right side “hook” would slip off of L2 when shrinking distance between right and left hooks. 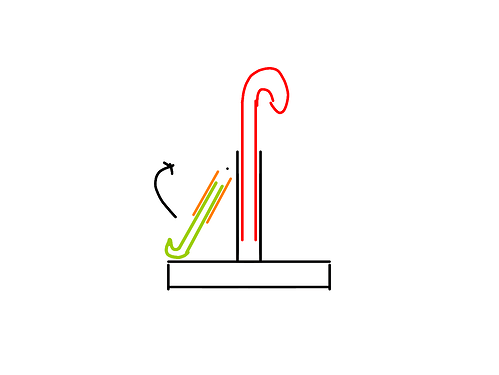 Many thanks to @asid61 and @BitSentinel for helping me theorycraft this idea.

Just strap another one of those sprung arms on it and you have an L4 climb. This might be reasonably feasible (weight, money, and size wise) for a low-goal bot. 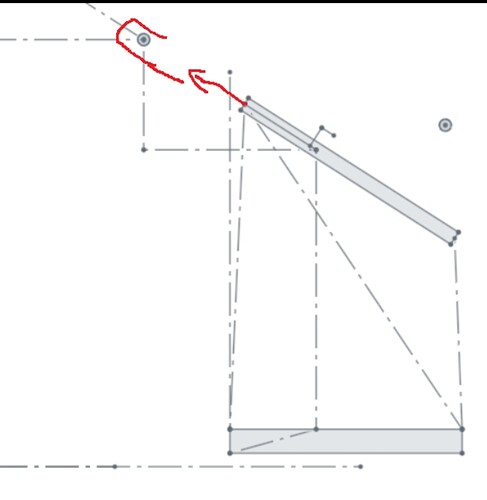 This is my idea for a fixed-angle single-stage L3/4 climb. By orienting an elevator high and at a low angle to match the spacing of the L2/3/4 bars, it can climb from ground to L2 in the same way it climbs to L3 and L4. A passive one-way hook must be positioned over the center of mass and latched before the next stage can be grabbed by the active hook.
The active hook in red should be large and have a large angle to let it slide by the next bar before grabbing. Or a small pneumatic cylinder could adjust it, but that’s not preferable.
The design is just barely inside the height and extension limits. I would need to prototype final geometry.

Correct me if I’m wrong - to make this work, you’d need to have the center of gravity be pretty far forward on the robot in order for the hook to stay oriented correctly. I could see it being very easy to get burned on this approach if your center gravity isn’t where you think it is, and you’d need a fair amount of adjustment on your robot to be able to trust that this would work.

This works as long as your climber hook isn’t at the very front of the telescope - it has to be attached about midway up the telescope to he over the center of mass. In my drawing, you can see the vertical line from the CoM to the 0 position of the hook. This also lets you make your hook very tall, because it’s midway down.

If you want your hook to be on the end of the telescope, then it can’t work unless your CoM is comically far forward as you’ve said.

I’ve been playing around a little, and if you want to simplify further, I don’t think the Orange/green hook needs to extend/retract at all. The arm would need to be ~30 inches long from my math, but that’s safely in the horizontal extension limit (if your robot is 29" wide and your center of mass/hook is centered on the robot).

I could be have overlooked something though.

It needs to retract to release from L2, no?

I think you could simply just “extend” the the L2 climber for a release.

I’d feel more comfortable if the L3 climber hook had some kind of spring loaded latch so there was no chance of a robot falling, but I don’t think that is a requirement.

This is how I visualize the bars in @Nick.kremer 's design: 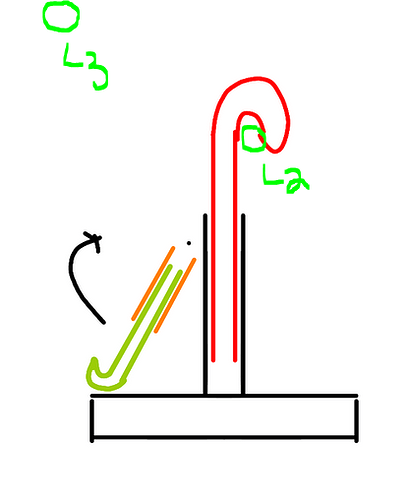 I am following how it goes from L2 to L3, but how does it then transition from L3 to L4?

It seems like this would work, so long as you have a positive attachment system on the sprung arm that actually grabs onto the L3 bar.

EDIT: With a large enough hook for L3 you probably wouldn’t need positive attachment or retraction, so this seems very promising

I see what you are saying, by extending the red stage, the robot starts to move down, thus moving the green stage down, allowing the the green hook to come in contact with L3.

Additionally, once the green stage is latched to L3, further extension of the red stage can help unseat it from L2.

If that works, that would be an extremely simple way of doing things. It’s definitely worth exploring this permutation if my team moves forward with this style of L3 climb

Once you are hanging from Green Arm 1, the Red Hook will have it’s tip (precipice?) slightly to the left of the L3 bar. Re-extend the Red Arm to push past L3 bar, retract to lift GA1 off of L3 bar, deploy Green Arm 2 to grab L4, extend Red Arm. 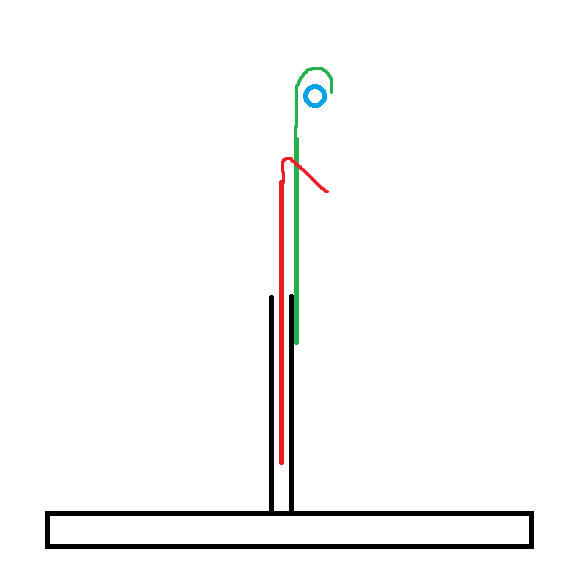 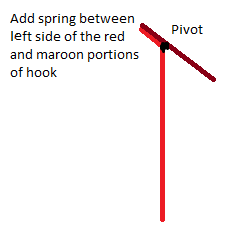 Yeah. That idea just hit me too.

At that point, if your Green arm was attached to a motor rather than a spring, you could use the green arm again to get to L4.

From an engineering standpoint, it makes sense to just use a second sprung arm, much less to go wrong, and the space used is small.

It may even be smaller and lighter than motorizing the green arm.

The same passive hook that grabs onto l2 grabs onto l3, allowing you to repeat the process.

So I have been giving a fair bit of thought to this design over the last few hours because I really like it. Seems like a relatively simple way to make it to the high rung. The spot where I’m getting hung up on (

) is this last part of the process/hang. When you go to disengage the red stage, I’m almost certain the robot will start to lower and move left (same perspective as your drawing) towards L3. Gravity will cause this. If the robot were on the floor, the red stage would move up above L2. How are you envisioning the red stage/hook will release from L2?

One method I thought of that would “easily” release from L2 (or any rung) would be using a pneumatic gripper of sorts. Thinking along the lines of the pyramid post “grabber” 118 used in their 2013 reveal video, just on the end of the piston/linear mechanism… 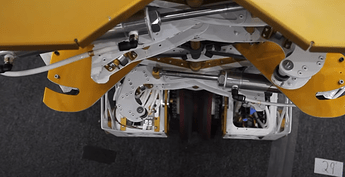 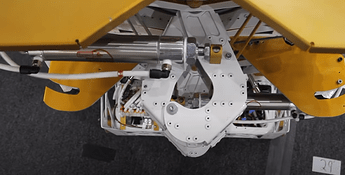 A pneumatic powered latch like 118 2013 would definitely work. I was envisioning a more traditional hook, but with modified geometry so that its angle is fairly narrow, allowing for easier dismount from L2.

Spring loaded latch…this concept has come up on our team. Anyone got examples?