One more fun 175/176/177 fact. The three of us were also the finalist alliance at the 2003 New England Regional. Although only two of us took the field in a given match.

I just realized there are 5 teams that have already won - 2 - blue banners this year. In just week 1.

Here’s another post on Chief Delphi. It’s like a March Madness bracket of sorts, but without the bracket. It measures the CHS-yness of each team and event, CHS referring to FIRST Chesapeake District, of course.


We were ranked pretty high, although I’m sure whoever wrote this was surprised at our performance

. Our whole team was surprised too, considering the fact that we were ranked #1 in the CHS District before District Champs (not so subtle flex), but I believe that Rosie (named after Rosie the Riveter) is probably our best bot.
I bet we’re gonna do much better at Week 3.

If someone else posted this earlier, I apologize for that. I just skimmed through the thread.

FIM has over 540 FRC teams (569 last I saw). That is more than the amount of 11 man varsity football teams in the state of michigan

This is my favorite statistic. FiM’s growth after 2014 (when I left) is astounding, and at the time, it was unexpected.

In 2018 we tipped every event and won none of them.

Are you assuming that the weight of a quarter pounder is 1/4 pounds? That’s a risky assumption because the name refers to the pre-cooked weight of just the patty. The burger itself is probably heavier than that.

What I’m saying is that your robot is over the weight limit.

once the water is gone, the patty doesn’t way much 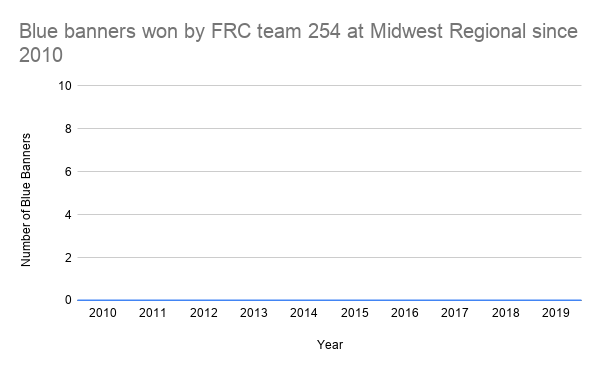 I have done a ton of research, and created this intuitive chart that is very helpful

Reminds me of a similar graph

Robot course where the terrain is the ball pits…

The 23,586 alliances that played in regular season 2015 competitions scored a total of 14,512 litter in the landfill, leading to an average of 0.615 litter scored in the landfill per alliance (which is also 0.615 points).

Average number of parts (down to the bolt and washer scale) left on the field per week of competition.

Just because I needed to contribute more to the analysis of this very important metric: 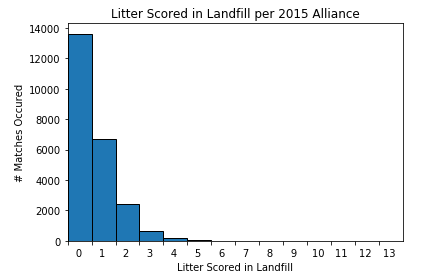 Can I get a top 10 opr team list for litter from 2015 championships? 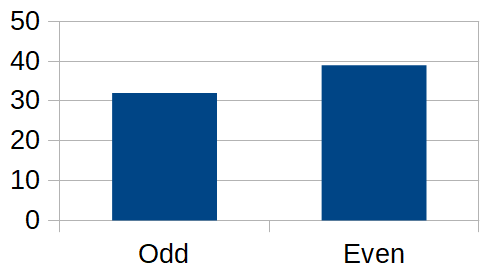 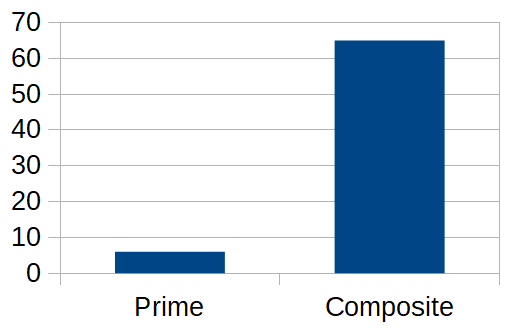