VEX Forum Shut Down (was: Looks like Tony tripped over the ethernet cable)

Only port 22 appears to be open after an extensive nmap scan.

Considering how much I may, or may not, have been hammering their web server while making that archive (it’s about 5 requests per post, there are about 46k posts, and it took ~50 minutes - you could do the math), I’d say their infrastructure is more than ready to handle extra load. Sure, VF could’ve been unlucky an hour after that was posted, but a modern version of nginx doesn’t suddenly start returning TCP errors.

I agree this is suspicious, but not sure your conclusions make sense, the IP could have simply been reassigned to another server with an open 22 port and they failed to update the DNS record.

This is possible, but very unlikely - If unmanaged hosting services have downtime, reassigning IPs is the absolute last thing they would be doing.

I am surprised though that IFI allows 22 external through their infrastructure, rather than blocking that port externally / whitelisting IPs from the office / only permitting devices on the network

I don’t want to get really off topic, but I don’t think there is any issue with public SSH, especially in the case of a forum running on a single node that doesn’t receive significant traffic.

My theory is that they just setup a firewall rule blocking http/s traffic (again, this is assuming that it isn’t a wild coincidence). Additionally their firewall is configured to REJECT 443 and 80, which indicates that this isn’t likely a broken webserver, which would have no TCP response.

Also generally speaking don’t portscan IFI. Disregarding the fact that IFI probably doesn’t like it, your ISP also doesn’t like you scanning (I know that nmapping a single host isn’t as noisy as masscanning 0.0.0.0/0 so you’ll probably be fine, but it’s still not the best idea).

It really inspires trust in an organization when their response to being accused of misconduct is to remove their entire decade-plus old forum from the internet with zero explanation.

I built my own website and I can say it was a big pain ( for me) dealing with web server hosting. While the timing is suspicious I will give them the benefit of the doubt until around tomorrow afternoon.

When is VEX season? How are they rolling out rule updates if at all?

Vex Season is right now, with a manual update around the corner. We have yet to see whether and how the forum will come back. 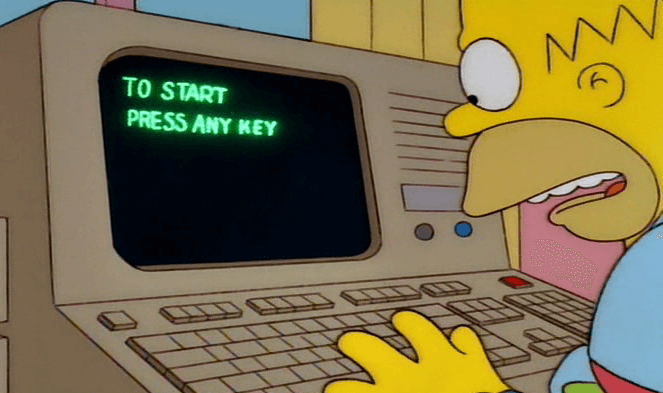 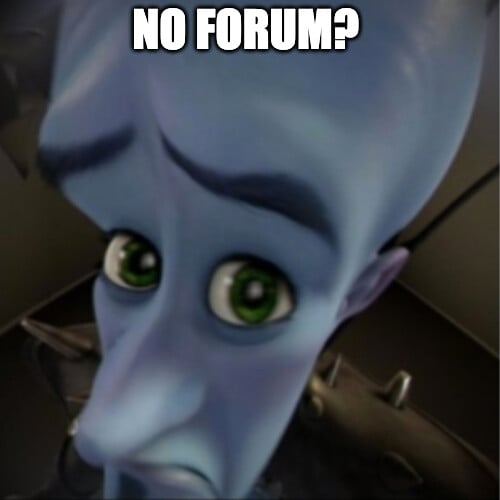 Vex forum has been down for over 24 hours. If it were something outside of vex’s control they would have said something somewhere. Really disappointed in vex for just silencing opposition.

…they would have said something somewhere…

You saw what happened the last time they said something, it didn’t end pretty. I could see why they might not want to say anything yet.

maybe it would end prettier if they responded by taking responsibility instead of by gaslighting the people that have come forward? 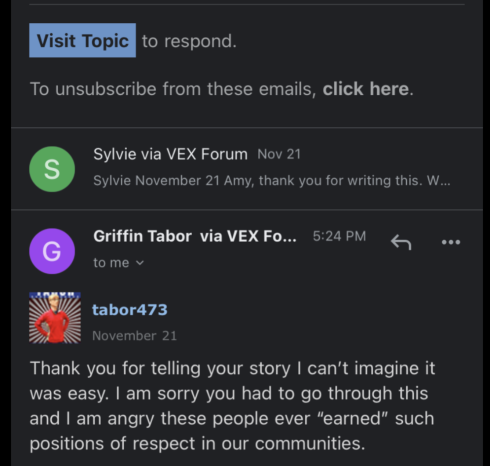 Both my reply and Tabor’s reply were posted within minutes of each other. The email notification for my reply came in yesterday, while the one for Tabor’s message seemingly arrived at about 5:24 MST today.

This email originates from here

Keep in mind the email server being a different IP is not unusual in any way- having email servers hosted separately from web servers is common (especially if using a SAAS email service). It looks like they’re using Mailgun, so don’t read into this at all.

Based on this info it appears the Vex forum Discourse backend was shut down shortly after Tabor’s post, and brought back up shortly before 5:24 MST.

Based on how long it’s been down, and the above info, this seems intentional.

Yes, it does. It should be noted that the VEX Forum frontend still appears offline.

It appears that instead of plugging said cable back into vexforum.com, they’ve plugged it into test.vexforum.com instead…

That page doesn’t load on my browser however the wayback machine was able to snag a snapshot.

The QC problems have hit Rack Solutions too!?