Editing Recommendations:
So, I have been editing and uploading videos since 2012. I am not new to this but I have been very limited with only basic editing tools. iMovie has been about the only program I have used for years now. I like the simplicity of it. The only problem is it is mainly for people just starting to learn to edit. So of course it is very limiting with like titles, transitions, and a restricted timeline. I want to expand my skills with more in depth settings. I have heard of Sony Vegas Pro and want to try it. Sadly I can not because since I last checked it was only for PC.I am very curious to know if anyone knows of any Mac based editing programs I could try out.

Secondly, I was wondering if anyone would have any tips/advice about editing or recording video for a team. Anything you believe would be good to know while being media for a team.

There are a few options out there. What is your ideal budget? Is Final Cut Pro an option? Adobe Creative Cloud is a great solution, but it subscription-based and the cost will add up over time.

There are a few options out there. What is your ideal budget? Is Final Cut Pro an option? Adobe Creative Cloud is a great solution, but it subscription-based and the cost will add up over time.

My idea budget would be to try for less than $400. I would prefer a one time payment but a subscription would be fine if it’s worth it.

I’ve been pretty happy with Sony Vegas Pro on the occasion I need to do some serious editing. Unfortunately it looks like the only way to use it on a Mac would be Bootcamp or Wine. If you can get it, I highly recommend it, the learning curve isn’t too bad (especially with the newer versions) and it’s a very powerful editor. There are a number of different versions of Vegas with varying price tags, not really sure what the difference between them is, other than presumably the cheaper versions will have fewer features.

I had to help a family friend edit a video one time and all she had was iMovie… it was infuriating to try to use (apparently Apple doesn’t believe in labeling buttons or having workflow that makes sense), so IMO just about anything is a step-up. :rolleyes:

IMO, avoid subscriptions if you can. Most of the “upgrades” you get over time with subscriptions are fairly minor and generally don’t affect core functionality much (at least as far as a non-professional user is concerned).

I use Adobe Premiere Pro for editing and color correction and Adobe After Effects for transitions, tracking text, and any special effects. Both of these programs are some what difficult to learn but they give tons of control to the user unlike some other editors.

We like to use free software so the students can use it on personal computers when they need. I was turned on to Davinci Resolve in another thread like this and we haven’t looked back.

Davinci Resolve 14 just came out recently and it added a ton of features most importantly it integrated a great audio editing feature.

I use Adobe Premiere and After Effects. You can get all the Adobe apps for 20$ a month if you are a student. If you want a one time payment Final Cut Pro is fine.

I used Final Cut Pro in college, and it was plenty (though obviously it’s gone through a number of revisions over the decade since).

At AndyMark, we’ve got a Creative Cloud subscription and thus we use Premiere for everything from Lunch With Andy to Fight Night to the GIFs on the top of the newsletter. We’re PCs here, but they have it for macOS too.

That said, don’t think you can’t achieve Good Enough with iMovie. You can do pretty decent with an iPhone and iMovie, even on basically zero sleep. 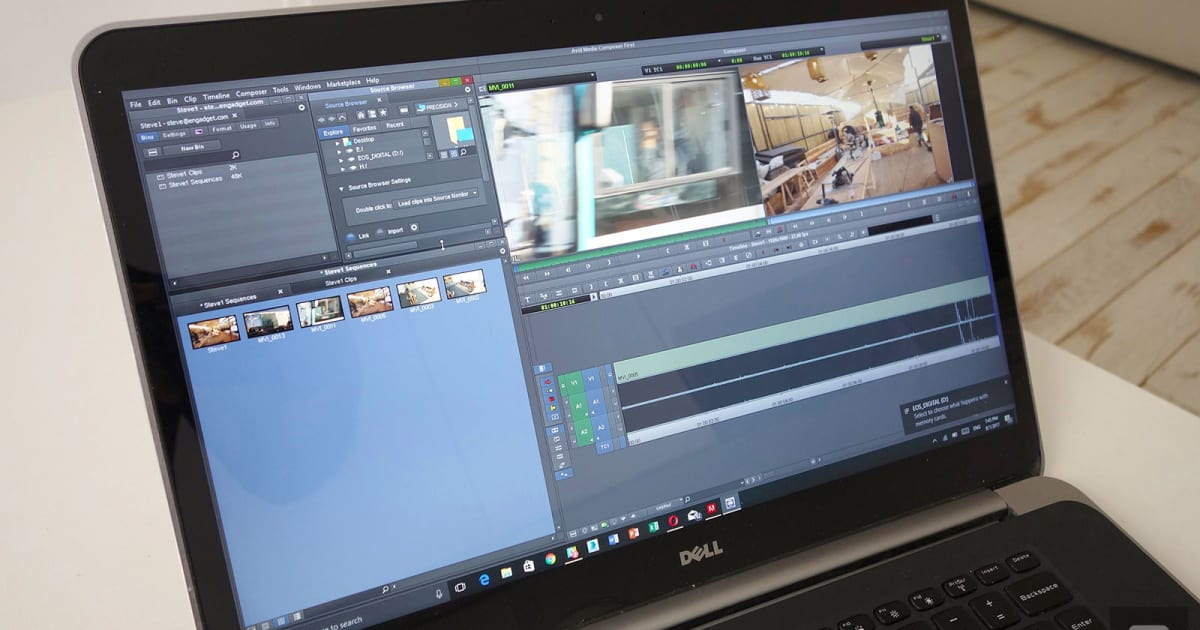 Avid's free version of Media Composer, First is finally here if you want to cut like a pro.

Free video editing software that brings your imagination to life. The perfect video editing solution for the aspiring filmmaker or vlogger looking to get a start in editing. 95% of all mainstream movies and most TV shows released in 2016 were edited...

Our team uses Adobe Premiere and After Effects for practically all of our media-related challenges. Our school is helpful in that we have school laptops with Creative Cloud on them, so the cost isn’t too bad. I think what everyone has already posted is worth looking into.

As for being a media team, I’m also still in the process of learning what exactly our role is in the team even after 2 years, but definitely try your hand at Robot Reveals when build season rolls around. It’s a lot of fun, and there are plenty of good teams to learn from. Also, if you get Premiere and After Effects, taking the time to watch some tutorials can keep you from getting overwhelmed and open up a lot of new ideas. Good luck out there!