My students have been assuming that we use a full bumper and a traditional WCD frame layout. I’m not particularly inclined to challenge that assumption because I like consistency in the drive design, so I’m going to leave this idea out for the community to play with.

Assume a 24"x26" robot chassis with cleared area “H”/“C” - layout based on 5" wheels with a WCP 2-falcon flipped gearbox in the back, battery also in the back. 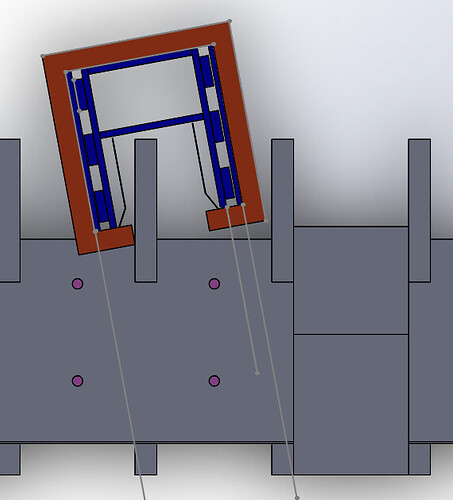 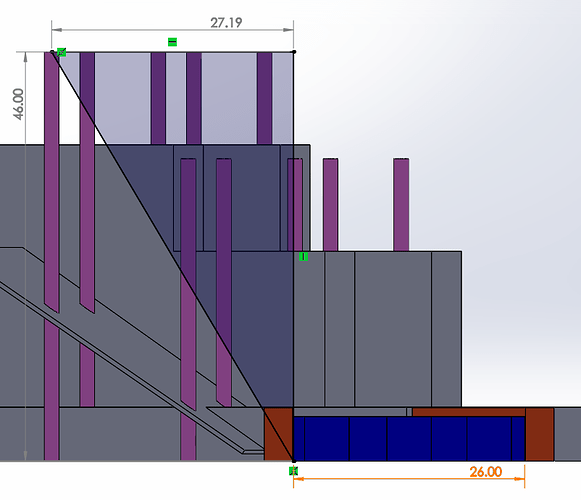 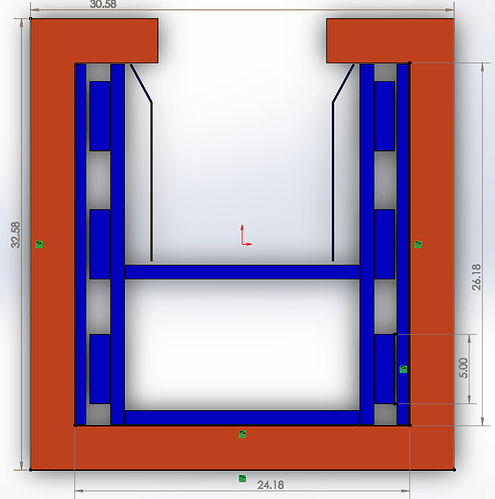 With gearboxes and battery all sitting along the rear wheel axis… This bad boy would be a radical wheelie machine! If I actually ran this, I’d add a button to the driver controls so that they could swap the “front” reference in order to drive “backwards but with the controls forward” for high speed launches into travel across the field. That drive strategy could potentially help with not accidentally herding a second game piece as well, since the closed bumper would help drivers quickly avoid CONTROL vs the open frame on the “front”.

(…There’ll be a swervebot that does this even better, but most of my design exercise was for purpose of proving it works dimensionally in a WCD)

(Inadvertently calls out 971 on their robot design this year)

If I built it… I’d add a guiding ramp (red) in PTFE/HDPE with an arc approximated into it so that I’m always mechanically aligned to L3. There’s space in the layout for a foam/sprung crush zone (pink) to still absorb the impact against the field element for the “near-instant deceleration from 20fps to 0fps” as we arrive at scoring areas that my students are already planning…
(FTAs hate this 2.5sec full-field sprint plan!)

This strategy also gets destroyed by game pieces already sitting in the scoring area, so I’d want to allow at least another 6" of reach for smashing into scored pieces. 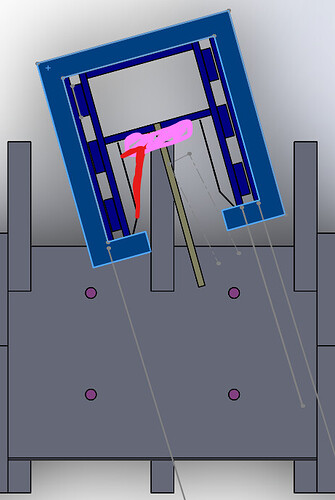 arm on a turret

I spent like twenty minutes writing out why I thought this was sketchy per G109, but actually G109 is WAY less restrictive than I thought it was, due to Exception B for being Fully Contained inside the COMMUNITY & LOADING STATION, and I don’t need the drive base aligned to the scoring station at all.

Exceptions to this rule are:
A. MOMENTARY and inconsequential extensions in multiple directions
B. A ROBOT fully contained within its LOADING ZONE or COMMUNITY.

It is completely legal to build a turret that rotates into ORANGE X area and scores, as long as you are fully contained by the COMMUNITY while you are doing it. 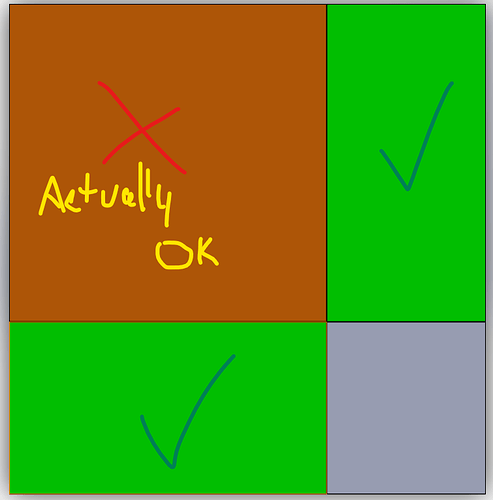 I want to echo this—using a turret is an entirely legal and valid strategy for 360 piece pickup/placement. You just need to make sure it rotates back to orthogonal when driving between zones.

to orthogonal when driving between zones.

*If outside of the frame perimeter