Well, we’re well north of 2 years into this thing - if you don’t know the drill after over 100 of them here it is again. Anything positive you want to share is fair game. We celebrate all wins no matter what. If your win is you got out of bed on time every day it counts and we’re happy for you. If you did good on a test, or launched a feature at work, or heck, even won a Nobel Prize. All worth celebrating. So what cool things happened this week?

Mine is weird - it’s raining!

Aforementioned fire notwithstanding it’s been really hot up here in the PNW the last few weeks. The rain is a welcome relief as everything was really dry. Ask me how I feel about this when we get the snow they are predicting.

Made it through the week with minimal drama. After last week’s insanity, that’s a pretty good win.

Particularly when I get urgent “fix now” jobs dropped on me.

Revisited an old stomping ground–considering getting back into model railroading as a hobby during non-robotics season. It’s been a while.

considering getting back into model railroading as a hobby during non-robotics season.

What scale? (it better be N)

Right the first time, as it turns out. Dad and I were in a local club before I got into Cub Scouts, he got into robotics, then I got into robotics. Haven’t really gotten back into it since… but still have the trains and some tracks for home.

My wife and I had a cold and rainy short vacation in Ohio, but had a good time anyway.

The week ended with a joyous surprise!

Ask me how I feel about this when we get the snow they are predicting.

Ha, in parts around me they’ve already gotten up to 19 inches of snow by now. Not my weekly win by any means either.

Our crowd-sourced fundraiser is over $6000 with a week and a half left. And we’ve received two direct financial sponsors. (Life win: I’m very fortunate that I am only ever worried about money when it comes to the robotics team finances.)

At our wiring and soldering training this week only a couple of kids learned that soldering irons are really hot via tactile sensory feedback.

Edit: adding late in the day… found a box with the Spark Max controllers and Neos we bought a while back. Phew.

At our wiring and soldering training this week only a couple of kids learned that soldering irons are really hot via tactile sensory feedback.

After a few years of having used one, I still have yet to learn this one lol

The hot end on wired solder irons are evil and want nothing more than to destroy indiscriminately. They willfully turn and twist to the most destructive position once released by a human hand.

I really love the pinecil form factor for that reason - tiny (almost undersize) wire leads means way less torque when I put it down.

Last year we got a butane soldering iron to bring to competition with us and I’m in love. It’s so easy to use, heats up instantly, and no need to worry about finding an outlet or charging the battery. Really beats the big soldering stations we use at home that we used to bring with us.

I forgot to take some overall pictures, but I started cleaning and revamping the CNC’s cooling and waste management system, and in the process found a long-forgotten broken bit suck under the sacrificial sheet! 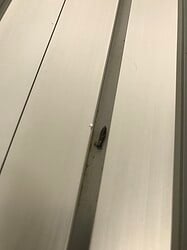 Got another job offer after a busy two day at SWE Nationals. Now to decide on which one I’m accepting

I have been riding around on trains for a week, and I love trains, so that’s been mostly nice. I’m not gonna lie, French trains are pretty frustrating, but other than that, its still better than flying and such. We went from Genève to Paris on the TGV, I got to wander around Paris a bit with my parents, climb a really tall hill for a view, generally walk a lot (I like walking). then take a Thalys train to see my friend in Brussels. Today we went to Ghent, which was really pleasant, walked a bunch, enjoyed the city, took a train back to Brussels.

We went grocery shopping by bus this morning - which is very weird to me, because everything I need to do grocery wise is within walking distance of my apartment at home, but the Turkish market is not so close to my friend’s apartment in Brussels, so we took a bus ride halfway across town to the Turkish market

It’s been fun traveling, and catching up with friends and family. 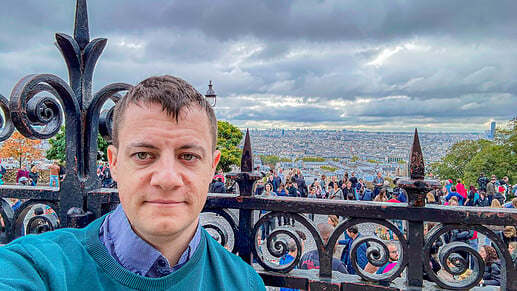 Me near Sacre Coeur, with the city of Paris sprawling out behind me 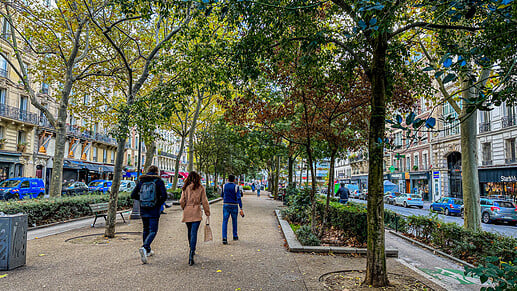 I think in my three very brief layovers in Paris, this is my favorite street, Boulevard Rochechouart, it’s got a walkway and bikeway in the middle, a bus lane next to the median on both sides, and beside that only a single lane for cars, then more wide sidewalks on the actual edges. It’s a really neat place to walk. 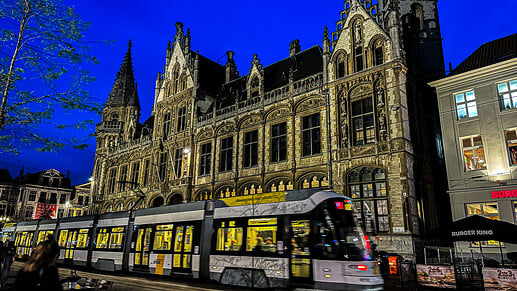 A building that seems to have been the Post Office in Ghent - the architecture in Ghent is amazing, and the trams are super easy. Trams ftw. 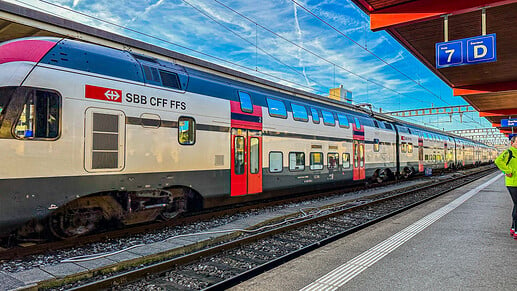 Waiting for the train in Genève, the train we needed was 40 minutes late, which caused a cascade of troubles for us, but we still made it to Paris in one piece. Swiss trains on the other hand, very timely, and very pleasant. I had 0 troubles on Swiss trains. 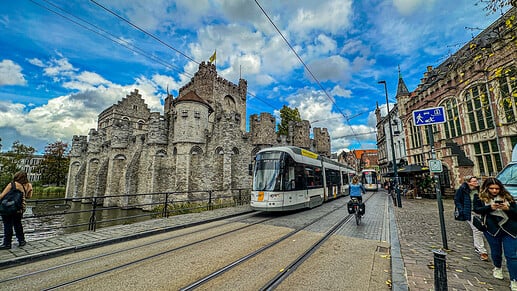 Really cool castle sitting in the middle of Ghent, and of course, trams! 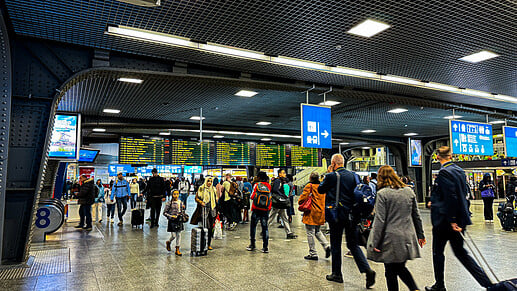 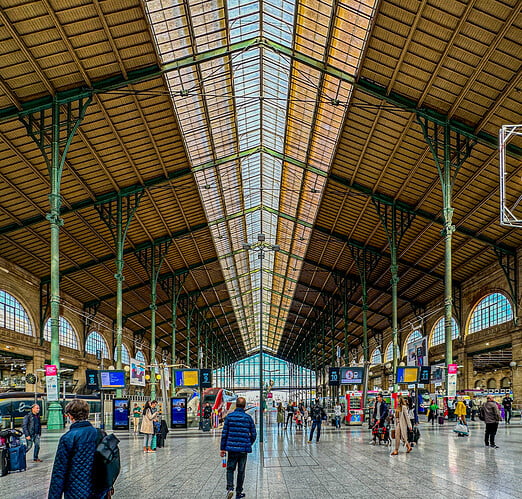 The legendary Gare du Nord in Paris. The underground part… I got stuck inside the turnstile zones for 30 minutes… my ticket wouldn’t open the fare gates to let me out… I felt extremely dumb, but eventually I got out, got on my Thalys train, and without more trouble happily made it to Bruxelles.

Figured out a weird problem with our auton, right in time for CORI, which we also have packed for and are leaving for tomorrow!

Built four out of my five FLL field setup kits. This would be a win, but I’m waiting on the USPS to deliver two missing pieces for kit four that put me at a standstill. Maybe next week!

After several replacement orders from LEGO, I’ve finally finished my five FSKs. Got them all packed up in bankers boxes and loaded them in my car for storage at the venue until the event. 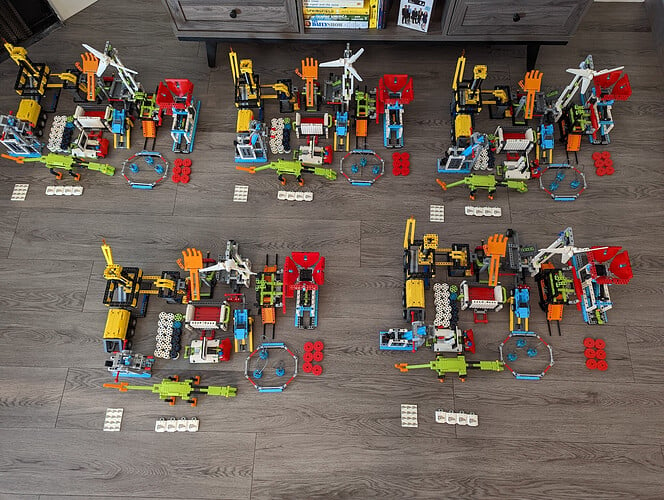 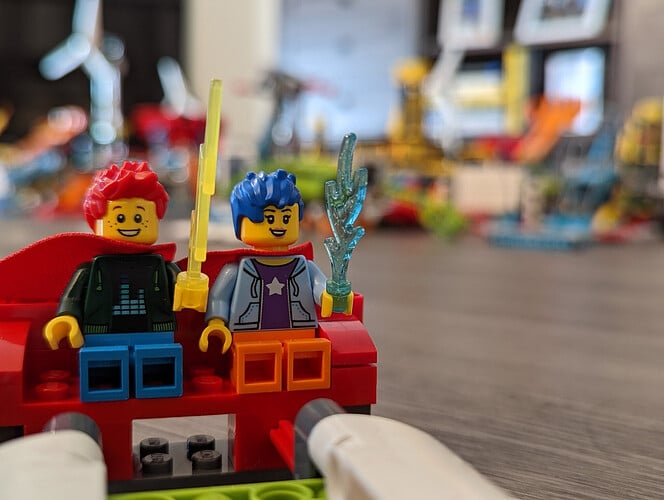 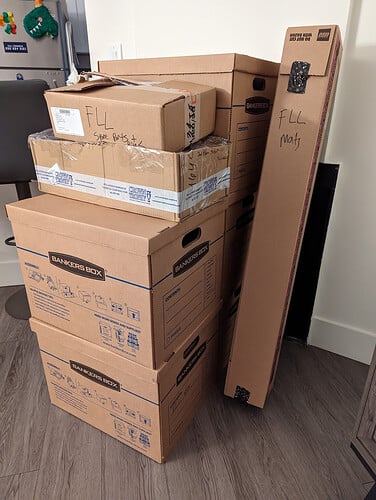 Made a bunch of materials for the several back-to-back robot things I’ve got going on this fall.

My car is beginning to feel a lot like a warehouse (which is normal a few times a year, so in a way, the claustrophobia is comforting).

Planning to do a totally nerdy, not exciting bucket list robot item tomorrow that will probably only be interesting to logistics folks, who will only find it mildly interesting. But I’ll be excited, and that’s what matters in this thread. Stay tuned (or don’t)!

WMRI 2022. Huge win for the West Michigan FIRST community, for all the WMRI organizers and volunteers, for all the teams who competed. I am very proud of my team 3620 Average Joes for all you do. And of all the competitors, for the closest set of tournament playoffs I can recall.

Came here to say this. 2767 had an absolute blast at this event, including the students, mentors, and the parents. We are grateful every year to be able to attend this wonderfully produced event. I am very proud of how our team handled all the adversity thrown at it yesterday, and the playoffs were awesome.