Yeah, that’s about how I feel right now. It’s winter, we got snow up here which I’m not sure how I feel about… fighting a strong urge to pack everything up and buy a sailboat in the Caribbean.

So, since I don’t have warm weather how about we share some awesome things that happened this week?

My big win - I finished a long running game a whack-a-mole I was playing with a task at work. Recreating a bunch of tests to verify that the new elements I added didn’t break existing functionality. It was a lot but it’s working now.

Just accepted a job with Dassault Systemes starting in January!

And I thought @dydx had it bad with Onshape pings…

For us a small symbolic win was to breach the new censorship extreme moderation system on vexforum. I am not sure that people in charge there even read or care to understand our digital graffiti statement, but still…

I recently updated one of my 3D printers to the E3D Revo system. I had to get a mount 3D printed for work, and I wanted it done quickly since it was 10pm and I wanted it ready in the morning. At a .6mm layer hight with a .8mm nozzle (now easy to change) I was able to get a print as large as the build plate done in ~ 6 hours. vs the 12+ it would normally take. I’ve never really bothered with nozzle swaps before, but now that it’s easy, I’ll probably do it more.

With only 1 more preseason meeting left, we got our elevator running. Certainly room for improvement if we make a V2 for season, but overall it’s pretty cool. 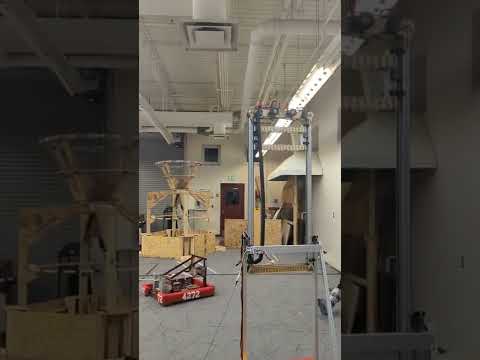 And we are clearly getting better, because our 2019 elevator was 35lbs with no motors, and this one is 17lbs with motors. (The ION system really helped here). 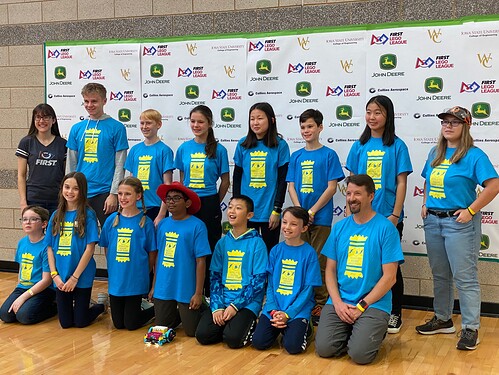 Had a hectic weekend

Ran our 6th annual Regal Eagle Roundtables on Friday, where teams can come to our school and present about topics they specialize in. We had 5 presentations and everything went well. I presented about an NFC sign in system.

After that we helped set up for an FLL Practice event in our district. I did not know those tables were that heavy.

We went to Taco Bell after with our school’s director of technology.

On Saturday we had the event, I volunteered as a field resetter and ended up doing some queuing also. We also were selling snacks and pizza, yet to know how much money we made, but we did sell a lot of stuff.

After that I went to a Christmas party that was 2 hours away. (NYC Traffic is terrible)

Just competed at Bot Supremacy #4 with my robot, went 1-2 in main competition, my Stance Stance Revolution clone tore it’s battery wire in an exhibition match, and then I put my fairy in the Rumble at the end, and with everyone else being antweights was one of the only 3 Bots remains functional. Overall pretty fun!

Either way, glad to see it worked.

Volunteered at my first FLL event and had to fill in as a referee after one didn’t show up. I was a bit nervous to start, but after a couple matches it turned out to be a blast. Definitely signing up for more events as a referee!

The team learned to fuse belting material and used it in a mock up of a ball transport system. 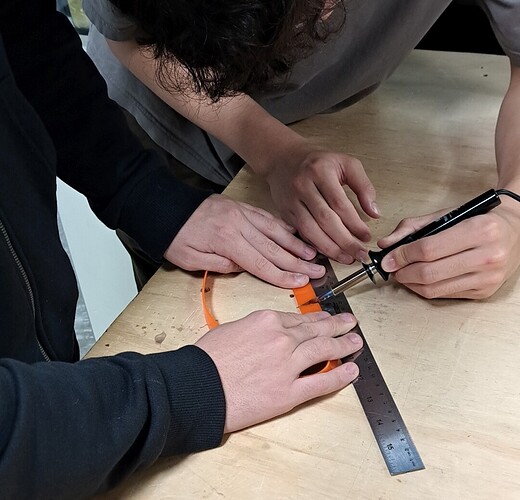 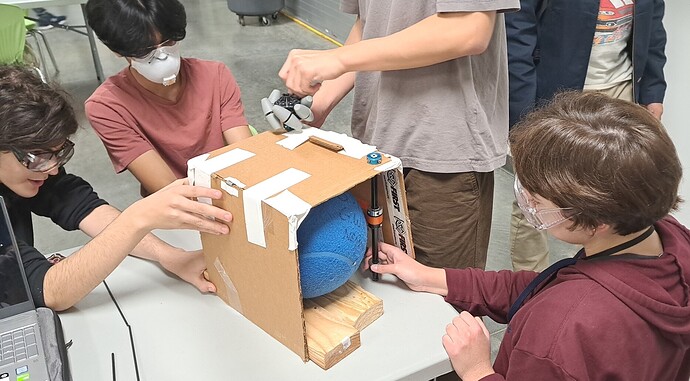 We conducted a game analysis training session then a mock kickoff session using the 2012 game. We used some worksheets that Pearadox published a few years ago to guide the team members when they studied the game manual. They were divided into six groups and were asked to develop 3 concepts for each of the high-level, mid-level and low-level robots then present the best of each type. Even though over half of the team members had never been through a competition season, they were able to come up with robot concepts for high-level teams and mid-level teams that were remarkably accurate at reflecting what was seen in competition.

During the break, they put on some music. One thing lead to another, ending with some of the students singing along to a “Frozen” music video…

One of my friends told us about an Indonesian food festival being held at their community center. My wife and I were able to try a lot of delicious home-cooked food.

All kinds of fun in Alex land this week. After what was actually an extremely extremely frustrating week at home, I flew to Seattle to see my family, and participate in a ginger bread house contest my sister runs, and next week I’ll go to one of my best friends’ weddings

I also stopped to volunteer at an FLL event at the high school I graduated from, with lots of cool people, and some cool alumni and lots of current students from my team (360), which was a lot of fun 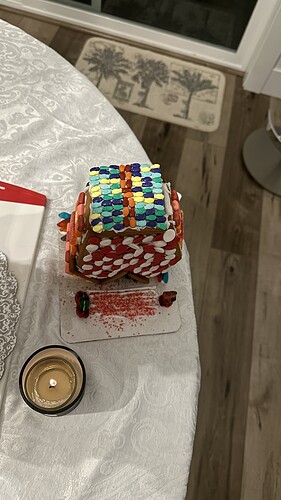 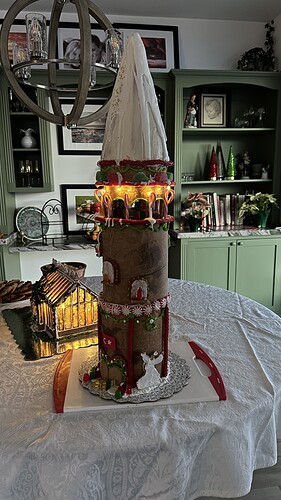 This is a gingerbread version of Istanbul’s Galata Tower, made by my mom and I during the days before the contest. We’re quite proud of it. I will never, ever build a round gingerbread house again btw. No. But this one is still very cool I think. (the wicked cool internally lit greenhouse is my sister, her husband, and my dad’s creation - it has like totally legit buttercream/fondant wisterias winding up the side of it. My sister is an actual artist, so her decorations blow mine out of the water 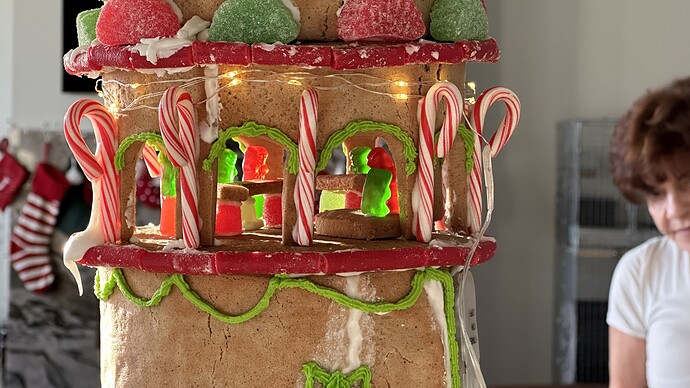 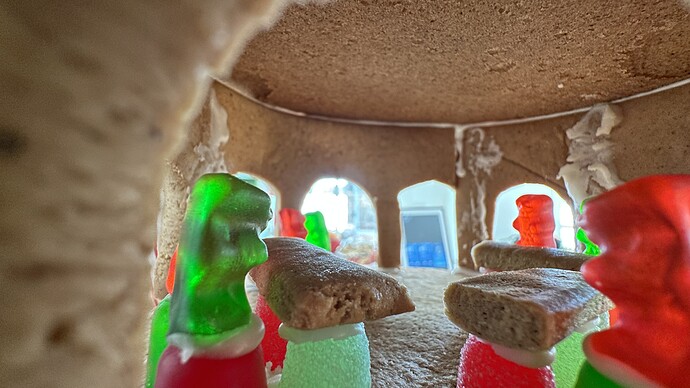 These two photos are of the Gummy Bear Nightclub at the top of the tower. In reality there’s a dinner and belly dancing show up there (or at least there was last time I went in like 2008) I assume it hasn’t changed. I walk by the bottom of the building like once a month, but I have had no reason to wait in the long lines to go up

Also, I’m mixed on this, it has been snowing here. On a good side, snow kind of sped up the event yesterday, which means I was able to make it home before I hit the solid brick wall of jet lag, which means I was able to get home safely, and not have to sleep in my sister’s car somewhere, but on the other hand, driving in the snow is terrifying. Also on the good side, it’s very pretty. 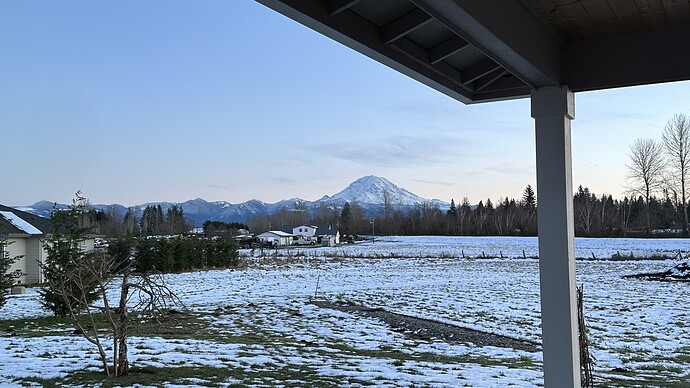 I resemble that remark. I had to pull out as HR for an FLL event after exposure to COVID (I never got it, thank goodness). Fortunately there was someone able to step in for me.

I attended my first gaming convention since fall 2019. Midwest Gamefest.

I stumbled on an oddly-specific, discontinued spark plug for sale on ebay, worked out to $2 each for 6 (exactly the amount the seller had left).
A decade-old forum thread had people celebrating at getting them for under $10 each

Usually goes the other direction…

Business Administrator, last spring: “If we gave the team $40,000, what would you do with it?”
Me: “Buy a suite of new 3D printers, buy a small CnC plasma table to share with the technology department, do two events instead of one until the money runs out.”
BA: gives $40,000 to team

Me, last week: puts in purchase order for plasma table

BA, this morning: “I canceled your purchase order for the plasma table because we’re just going to buy that for you. It should be here next week.”

Wow! That’s really good for you!

Our school has been extremely supportive of the team for over a decade, truly putting their money where their mouth is.