What were some funny/ random memories during competitions

I am curious what are some of your funny and or random experiences during competitions?

I witnessed a student from Stryke Force go to a pit (while the pit was empty) and put their tiny rockets all over their keyboard. 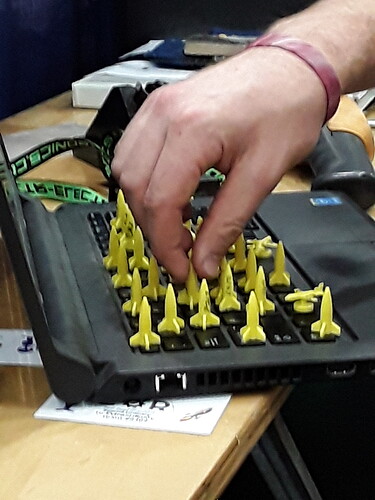 We cooked poptarts on a hotel clothing iron…

not our best move

We reheated bagels with a heat gun. Pro tip: Don’t hold the bagel in your hand while heating it.

In Rebound Rumble, one our Auto shots took a weird bounce and landed in our loading hopper so we got a second try with the same ball.

In one Stronghold match, one of the opposing robots was very enthusiastic about coming to play defense on our alliance. It got lots of air coming over the Defenses and landed on one of the Boulders. Unfortunately, the Boulder was in the middle of their chassis and supported most of the weight of their robot, leaving only one wheel barely touching the carpet. It spent most of the match slowly pirouetting. The drivers were totally perplexed since they couldn’t see the Boulder under their robot. We were joking that they were stuck on the “Soft Terrain”

At 2020 Palmetto one of the freshman got a bunch of rubber ducks at some arcade game the first night. We then found ducks that matched team themes (Panda duck for pandamaniacs for example) and gave those out. Then we just used the remaining ducks to leave a duck in each teams pit when they weren’t there or offer teams a duck usually followed by a confused “cool” 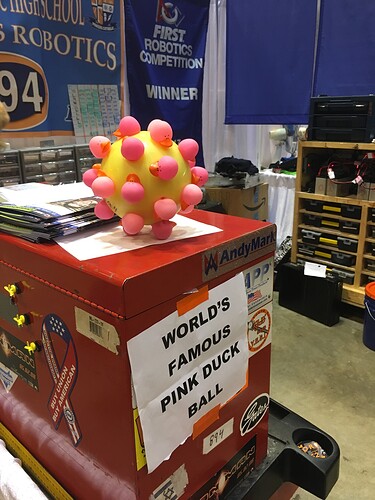 My first reaction was, why would someone bring a coronavirus model to a competition?

. It was a totally understandable yet still really funny misunderstanding.

IRI 2019 made for some fantastic memes

That’s why you use the heat gun for making smores instead. Trust me, it works.

IRI 2019 made for some fantastic memes 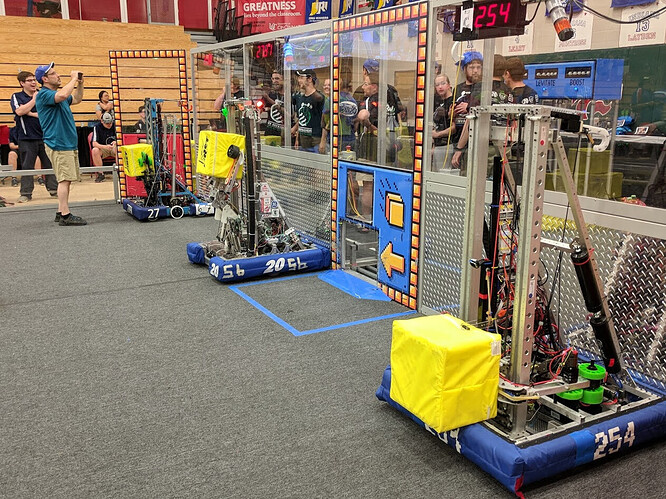 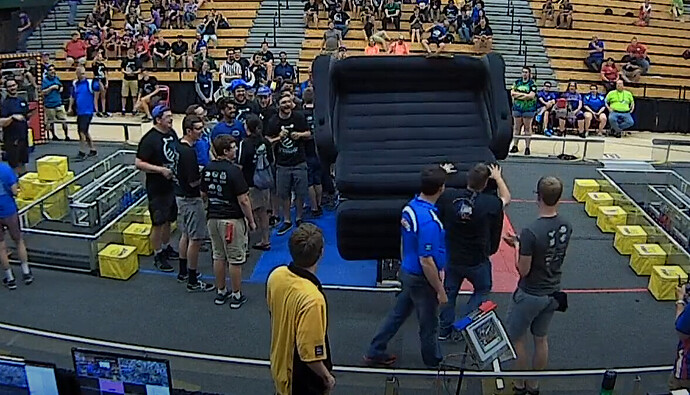 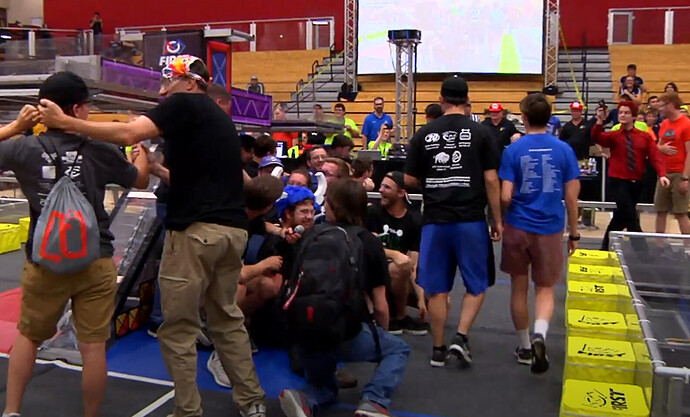 IRI is lightweights when it comes to using couches.

Beach Blitz has at least two in any given year, which may or may not make appearances on the field.

Actually, one of the best tricks we’ve managed to pull was hiding an MC under a full steamship of Fuel in 2017 Beach Blitz. Anybody got the video of that one? @Pauline_Tasci, @saikiranra?

Stealing Eric’s thunder, PNW DCMP did it before Beach blitz. 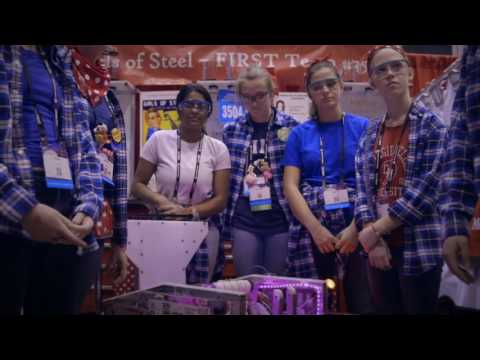 They also had a bit of fun with liquid nitrogen explosions and fuel: 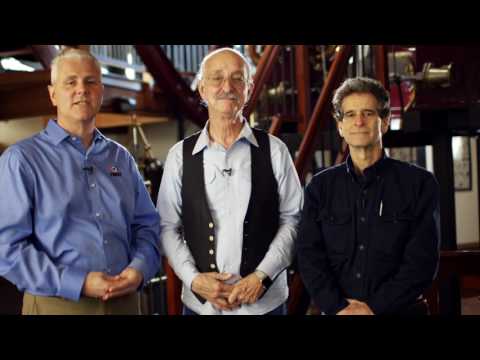 2020 L.A. Regional closing ceremony: BB-8 rolls out onto the field to help give out awards (and stay for pictures).

No video of it, but I have a few pictures!

We brought a succulent named Dennis to Chezy Champs 2017 and had him be with the robot at all times. He played an important support role that weekend. 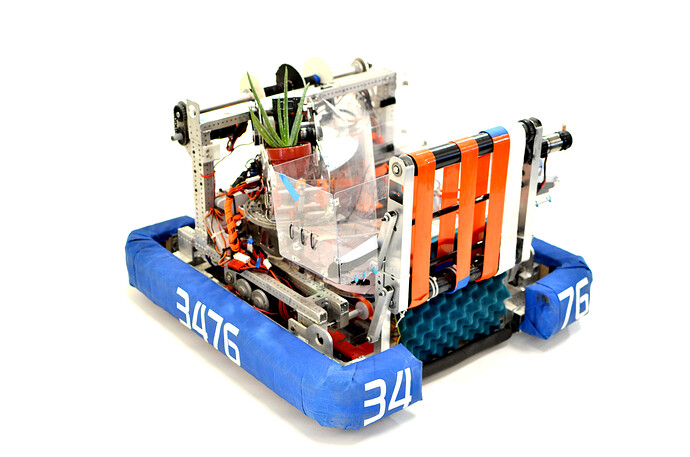 I was the Technician two years before the role formally existing.

At the 2016 Championship, we, like many other teams in that season, were having some bad electrical issues causing our robot to disconnect constantly on the field. Because of this, we had to make some wiring changes as soon as we could, but our next match was coming up pretty soon. In order to get the last-minute adjustments in, I had to be with the robot in the queue, but I couldn’t be back there unless I was on the drive team or I had the media pass. Given that the media person has the least chance of costing you a match if swapped out for someone with no experience, we had my friend give me her media pass temporarily so I could work on the robot in the queue. I don’t really remember what I did exactly, but I managed to get things secured enough that we managed to not have connection problems for the rest of the competition. Unfortunately we ended up unpicked at the end because “guy illicitly fixed robot in queue” doesn’t show up on scouting reports, but it was a moment I certainly won’t forget.

And true to my temporary title, I did provide some form of media in the form of a phone camera recording of our match. 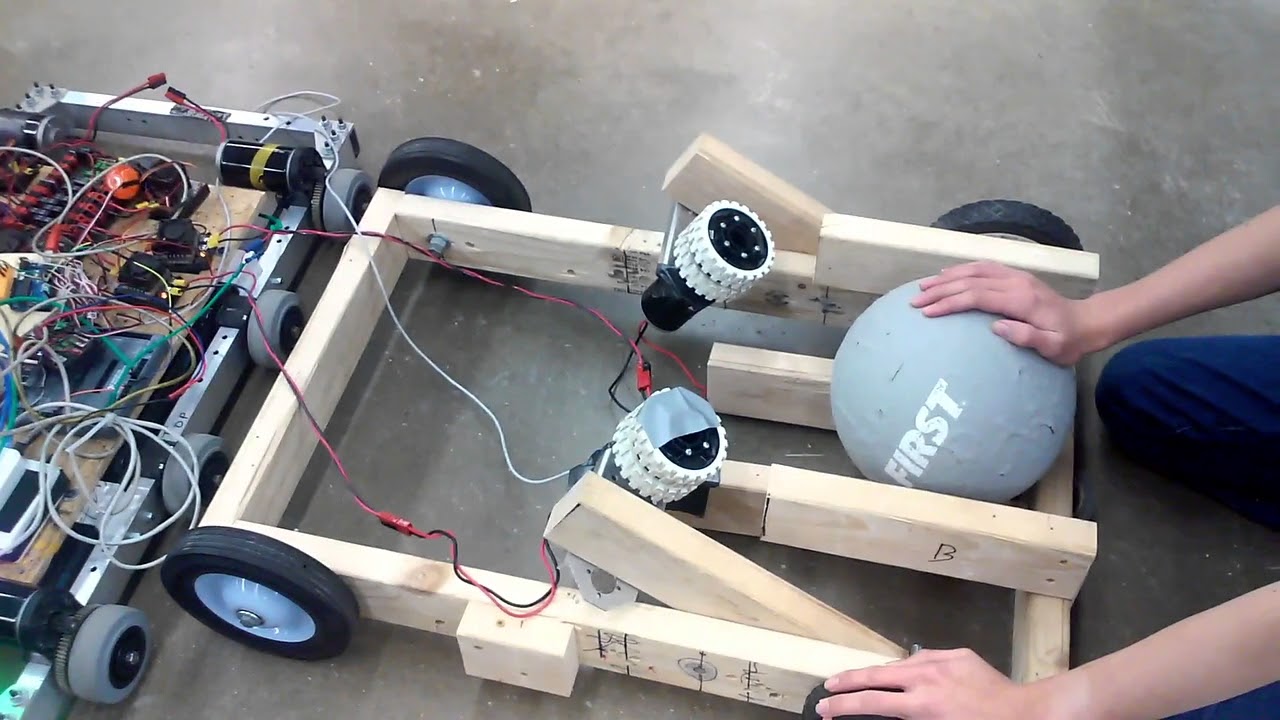 In 2018, at our St. Joseph District Event, Match 10, during Auto, our robot got stopped early for our final turn towards the scale. We ended up placing the cube on the scale arm. You see the Head Ref shrug his shoulders as if to if it unbalances the scale it scores.

In another year, way back when, I came across a pit with a kitchen sink on their bench. There was a note attached to it that read “Here is what happens when you send a rookie student out to get a heat sink”.

Last year at the regional in Chicago somebody from another team danced for one of my teammates for a sticker. I think it was a dare or something but it was really funny and random. 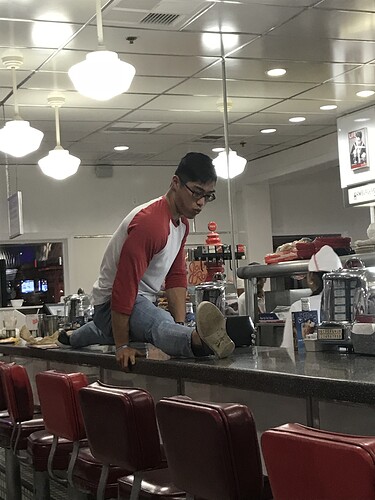 This moment at Johnny Rockets at palmetto 2018. We made sure to tip well afterwards.