What're Our Thoughts on Wall Climbing?

If it went against the spirit they would have written rules akin to the climb order of the 2013 pyramid, the fact that they didn’t, I think, shows that this is EXACTLY in the spirit, they want to see out of the box inspirational robots of all kinds.

I absolutely love this and hope I get to see one in action!

I think this goes against the spirit of the traverse.

With all due respect to those who write the rules - if an alternate solution is interesting and just as much of an engineering challenge as the intended way of doing it, I think the “spirit” should absolutely go out the window. Not to mention, it’s kind of a jerk move to say “no, do it OUR way” after the build season has already started and teams are well underway on their designs.

Is this legal? The closest I can find is G301 (damaging the field), but I highly doubt this would actually damage the field (if done properly)

I’m going to suggest that a re-check of G301 is in order. There’s a couple of possible issues there.

But first, a stop by G103. G103 is the bumper zone rule. Because the bumper zone translates with the robot in this case, we don’t need to worry about that. At least not right away.

Back to G301.
G301 prohibits certain actions. So does driving up the driver station wall meet any of these actions (noting that the driver station wall is not in the exceptions)?
a) grab–Nope, it’s not grabbing.
b) grasp–nope, not grasping.
c) attaching to–eh. If you use a suction cup wheel you’re in trouble. Other than that, if you’re just using the “very sticky wheel” method, I think you could argue you’re good.
d) becoming entangled with–I doubt it.
e) suspending. OK, this one has promise if I’m looking to prohibit this. All I have to do is say that the wheels are suspending the end of the robot… It’s a tortured definition, and probably wouldn’t hold up if challenged.
f) damaging. Don’t chew up the floor protector, and try not to leave skid marks on the wall, OK?

Back to G103 for a moment: You’ll need to get your wheels up enough to make contact with the wall, while the bumpers are in the way (and still in the zone). I suspect that that will cause you some issues. Not insurmountable, of course, just issues to be solved.

@bobbysq It may be a jerk move, but that doesn’t mean that HQ won’t do it. I can think of at LEAST three examples spanning 10 seasons, and I might be able to find a few more in more recent seasons.

Teams in 2012 with super cool, reactive, side bridge balancers:

Given the very few teams this is even able to benefit, as well as the objectively increased difficulty, I doubt there’ll be much of an argument against these soon-fabled wall climbing concepts.
Singling out even one team certainly isn’t unprecedented though.

If any of you ask about this in the Q&A

Who am I kidding? “specific rulings cannot be made blah blah blah even though we totally know exactly what you’re trying to do and could tell you, but we’ll just wait to tell the LRI on a phone call in two months.”

1 of 3 located. Let’s see how long it takes people to remember the others. (Might be 4 but two were in the same year.)

The side-climbers on the 2012 bridges were innovative, asked about, seemed legal in Q&A… and shut down as soon as the first one hit the field.

The most recent historic parallel is probably the one catalogued in this beautiful and sad thread:

Browsing your OnShape, I see what I assume are pumps for locking the robot to the floor. VERY cool to see! I think this technology will make a big difference in performance of many teams this season. You just won’t be able to perform the same at a high level of play without it. [image]

I would hate to see any team devote actual built time, and pigeonhole their robot functionality, to this climb concept, and then have it shot down by a rules adjustment.

This idea is really cool, I hope it doesn’t get shot down in a rules update. I think this will help drive design diversity / add a hard decision in a game where I think we’ll otherwise see a lot of design convergence. 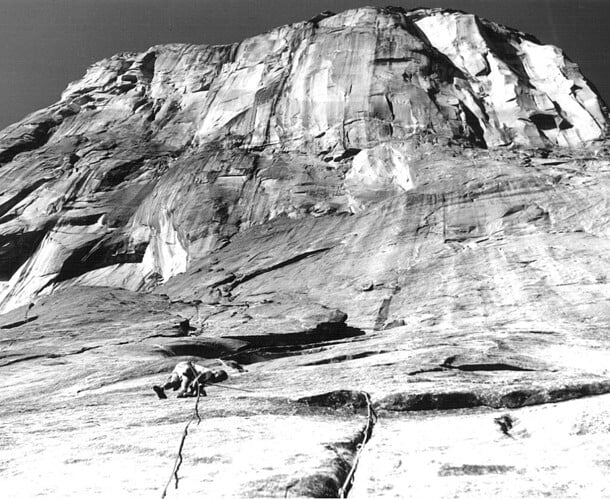 It may go against the idea of the traverse, but not the spirit. In fact I think it goes with the spirit of FIRST as a whole

If this is ruled legal I think most teams would converge on this concept. Why would I go from rung to rung to rung when I can just do this?

It’s no different than the Velcro being ruled legal for climbing the rope in 2017. It took a potentially fun and interesting design challenge and made it very easy and most teams did it that way.

I was thinking about this as I was reading the thread. Is it possible for a team to quire stealth rubber or similar treads?

If so, is the trajectory of this bot?
Regionals → Districts → Worlds → El Cap

I think this is a bit different in that it would require a significant amount of your robot to be designed around it, not just velcro tape on whatever roller you were using. So it is much harder to just adapt to it.

I was also thinking along this same line geometrically, but not driving up the wall.

I do think even if it is not specifically disallowed and falls within the rules. After one or two trys on an actual field where the wall gets deformed/or starts to buckle I think the local FTA will shut it down pretty quick because of fear of damage to the field. I mean we can’t even bang on the walls before matches any more.

You don’t get a completely free lunch with it – you’re forced into a thin or non-rectangular frame perimeter with several medium-difficulty mechanisms, which impacts other things.

I do like that this idea helps democratize the transversal rung, which should increase the frequency of accomplishing this task for mid-level teams and increase the importance of match strategy over robot capability, ultimately IMO making matches more competitive and interesting.

Well, I guess I am a little less skeptical, not sure how that strategy will hold up when driving on diamond plate, but still. A super low durometer wheel and it’s probably doable. I look forward to the videos the community will come up with.

I agree, even if it isn’t viable for most teams, it’d be super interesting to see this creative idea hit the field.

I was lucky got to see this fabled bridge balance the only time it happened on at a real competition. During practice matches right as they called it illegal

Do you necessarily have to drive up on your carpet drive wheels? Make that intake nice and robust, thrust it 15+" forward of the FRAME PERIMETER, and a lot more than 36" becomes feasible. Hey, no reason not to put one on rear as well!

In fact, the intake/drive arm may be used actively to help get your front end off the carpet in the first place.

If any of you ask about this in the Q&A

Place your bets boys and girls!