What're Our Thoughts on Wall Climbing?

We cannot comment absolutely on hypothetical scenarios. The ultimate decision would be determined by the REFEREES at your event, with the final call made by the Head REFEREE. If you have a specific question about a specific rule, please rephrase and resubmit.

We got a rare one! Deferred to head refs, not RIs this time around!

Troy in shambles with this development

So who’s going to re-ask? Probably should figure out a way to get it ruled one way or another before some poor team finds out the hard way at their event…

Understandable answer given how the original question was pretty much “it’s possible. Is this a legal climb?”

Just going to leave this here.

So who’s going to re-ask? Probably should figure out a way to get it ruled one way or another before some poor team finds out the hard way at their event…

Provided that the height, extension, and bumper zone regulations are followed, is it legal to climb directly to the high or traversal rungs

Hopefully this leads to a clear-cut answer either way, though I’m admittedly doubtful that it’s phrased differently enough from their original question to get a different answer…

They’re just going to answer “Provided you don’t break any rules, its a legal climb”

Maybe the real question is if driving up the wall counts as grasping it or something?

I took a look at that in an earlier post.
It probably doesn’t.

The question to ask would be: If a drive wheel were to react against the alliance wall, would this be considered grabbing or grasping? If the drive wheel in question were to be supporting some significant portion of robot weight, would it be considered to be “suspending” the robot from the alliance wall? If neither question is answered “yes”, would any resulting skid marks be counted as “damage”, particularly if they wiped off?

Yes it’s detailed. It’s designed to force the GDC to consider the question piece by piece and see if there’s something they’re missing.

Years ago, we were able to sign up for a demo ride in an H1 at the Toronto Auto Show. The factory driver drove it up and over a vertical wall that was over 20 inches tall. She started letting the air out as she approached the wall, got one front wheel up, then the other front wheel. It all went much smoother than shown in Tinnittin’s video and was a lot of fun.

Back to regularly scheduled programming.

This whole thread brings me back to what I said to the students during our mock-kickoff.

It’s fun to find loopholes, but never design with a reliance on a loophole. It has a high chance of biting you in the butt once it’s too late.

If this is seemingly legal, then illegal in reality: there are gonna be a lot of compromised teams with skinny frames driving around. Doesn’t sound like a fun season to me.

“There are no rules explicitly prohibiting this.”
Question 14 - FRC Q&A (firstinspires.org)

I really wish FIRST would just look at this thread and deem it legal or illegal.

Not really. Sometime you just say nope. If god intended us to climb sheer rock faces, he would have given us hoofs. Come to think of it, there are no rules against using hoofs on your robot. 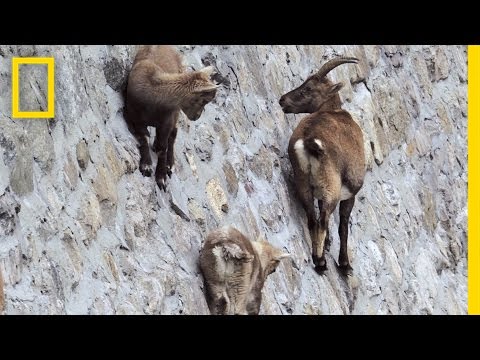 Q19 gives a better answer i think to climbing, but its still in that limbo state:

Is making contact with the Alliance wall and not damaging it breaking G301 or any other rule?

No, making contect with the wall does not violate any rules. We expect teams to contact that wall at various times during the match for various reasons. However, teams should keep in mind that impacts with extreme forces can certainly increase your chances of actually damaging the walls in which case you would be in violation of G301.

This seems to imply that the legality is based entirely on the robustness of the wall.

Making robot contact with a driver is definitely against the rules.

does it ever actually say that tho?

traverse through the wall