When does a disk become a cylinder? or when does it become a rod? or is it both?

Self explanatory. Our team got bored and started to have this discussion. Can’t come to a conclusion so we are putting a thread here. For every response, please state your position and explanation(even if its a counter claim). Thanks everyone. 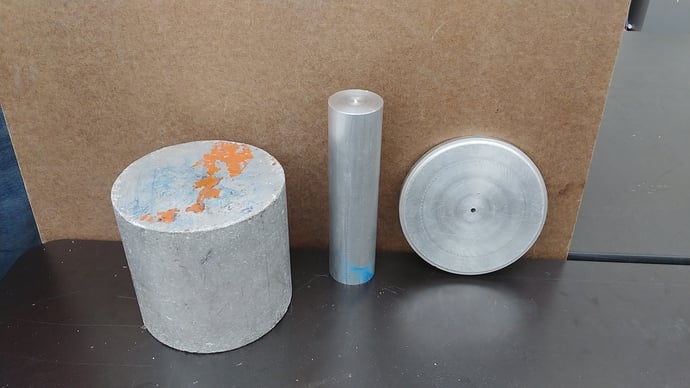 at least colloquially cylinders have roughly equal diameters and lengths, while rods are much longer than their diameter, while disks have small lengths compared to their diameters

what is that “much longer” or “smaller”? what is the defining moment of that?

But when someone says “I need a rod” would you give the last one as a rod?

Here is my non-scientific in any way opinion: it doesn’t matter.

By definition, a cylinder is a “solid geometric figure with straight parallel sides and a circular or oval cross section”. This means that all of the objects in the picture are “cylinders”.

By definition, a rod is a “thin straight bar, especially of wood or metal”. This means that the second object most closely resembles a rod.

By definition, a disk is a “flat, thin, round object”. This means that the third object most closely resembles a disk.

That being said, people generally understand rods as long and skinny and disks as short and wide, so I would guess about 99% of people would consider the second cylinder to be a rod and the third cylinder to be a disk. If you wanted to call the second cylinder a disk instead of a rod, however, you would not be wrong, it would just be a really, really long disk (and people would probably think you are crazy).

I am just making this up, please correct me if there actually is a scientific proportion of length to width for something to be considered a disk or rod. 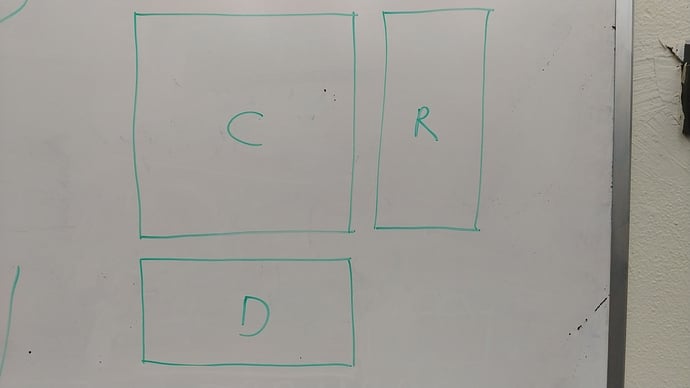 From an inertia standpoint, I don’t really care; they are all the same about the rotating shaft!

Now for a similar question: are round bumpers hoops, rings, or tubes?

Pretty much with @owenl here. At the most generic, a cylinder is like a prism but with a curved rather than polygonal cross section. It is commonly limited to right circular cylinder where the cross section is a cylinder, and the prism axis is perpendicular to the cross section - and even this applies properly to all three shown in post#2.

A rod has a much greater axial length than diameter. I would rarely if ever use the designation rod unless that ratio were more than ~5:1, or if a part were cut from a much longer piece of rod stock. Rods usually, but not always, have a circular cross section. I have definitely heard people speak of square rod, and calling a piece of hex bar hex rod would not cause me any grief.

A disc/disk is a volume of revolution which is significantly larger in radius than in axial length, again about 5:1, -or- something with that shape as a convex hull. Not all discs are cylinders. Some examples: Frisbee flyers; those plastic things that adapt 45 records to a 78/LP spindle; the similar yellow things shot from some toy guns; flying saucers.

I think of these terms as indicating how a structural element is intended to carry stress.

Rods carry tension or compression. Shafts carry torsion. Discs carry shear loads on their faces, and torsion along their axes.

All of them are cylinders.

If you need to be specific, you’ll need to give dimensions.

If you want to “paint a picture” in someone’s head, use one of the words.

Disks tend to be used when you want to describe something with negligible thickness.

Rods tend to be used when you want to describe something with negligible diameter.

Cylinders imply neither is negligible.

The question that needs asking: when does it become a column?

Not all columns are cylinders and neither are all rods.

What is Red? How can you prove the Red you see is the Red others see? Its just labels