Maybe this is an obvious question, and I’ve heard explanations before, but I’ve never really understood the prevelance of elevators over 4 bars and 6 bars in FRC. The latter are quite dominant in vex and FTC, but I rarely see them in FRC. The most common use case I’ve observed is in deploying passive intakes over the past few years. Maybe it’s just that I have a limited view of FRC mechanism since I’ve only been around a few years, but even looking back to older games I rarely see 4 bars/6 bars instead of their alternatives. Is there some obvious flaw I’m missing? Do they just not scale well? I’ve been thinking about it because it really seems like a much easier mechanism for this game.

4 things I can think of:

A normal 4 bar extends out quite far. Max extensions rules make 4 bars alone not viable. (this year max extension is large so it could be viable)

It’s easy to to a frame perimeter violation with a 4 bar style lift.

Long lever arms are scary. Keeping everything as short as possible until you absolutely need them to be long is much less scary.

Most games recently have involved reaching up not out.

Killer Bees did a double reverse four bar for power up that was really cool, but it took up a lot of room on the robot.

Weight is a big one, along with center of gravity. Sliders with short arms often have much less moving mass, and therefore can be driven faster. You’re also less likely to tip over.

Often the advantage of keeping the end effector parallel to the ground is small. In many games, you actually want a “wrist” on your arm, which means there’s no real advantage to a 4-bar.

Another big reason is gearing balance. An arm (4-bar or other) must have the torque to hold the arm when it is parallel with the floor. This means that it is under-sped when at higher and lower angles. An elevator has constant (or nearly constant) torque requirements, allowing the gearbox to be designed at a more optimal ratio.

That said, this doesn’t need constrain your team.

I was thinking about this this weekend of how vastly different the common robot designs are between programs and I came to two conclusions: 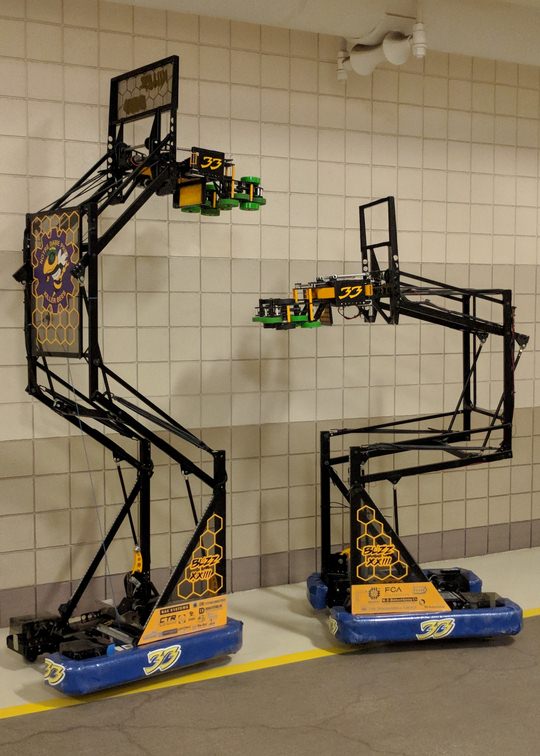 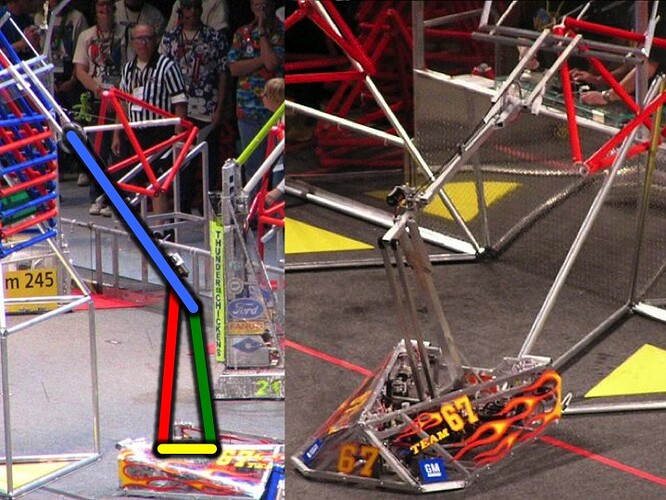 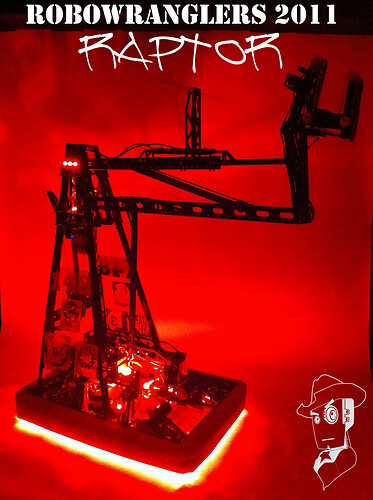 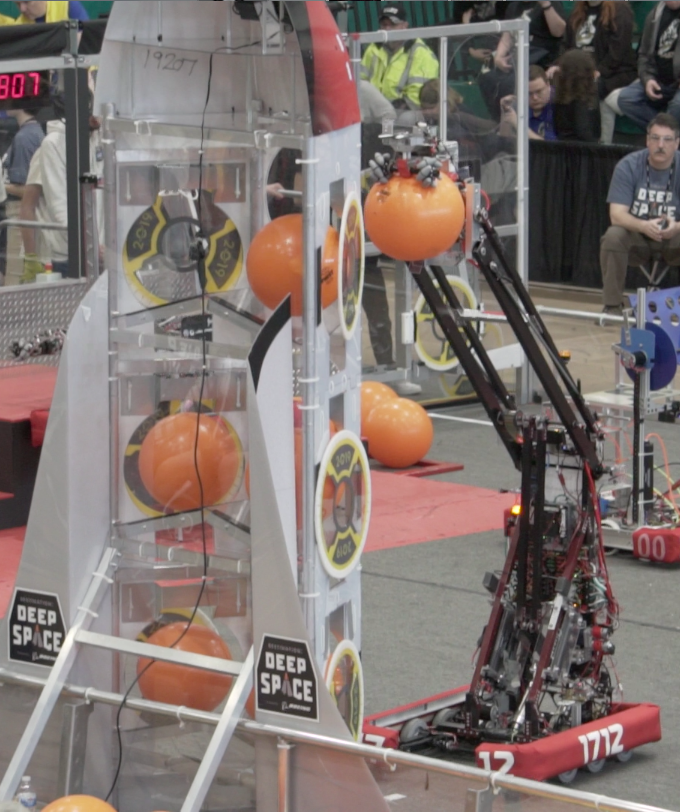 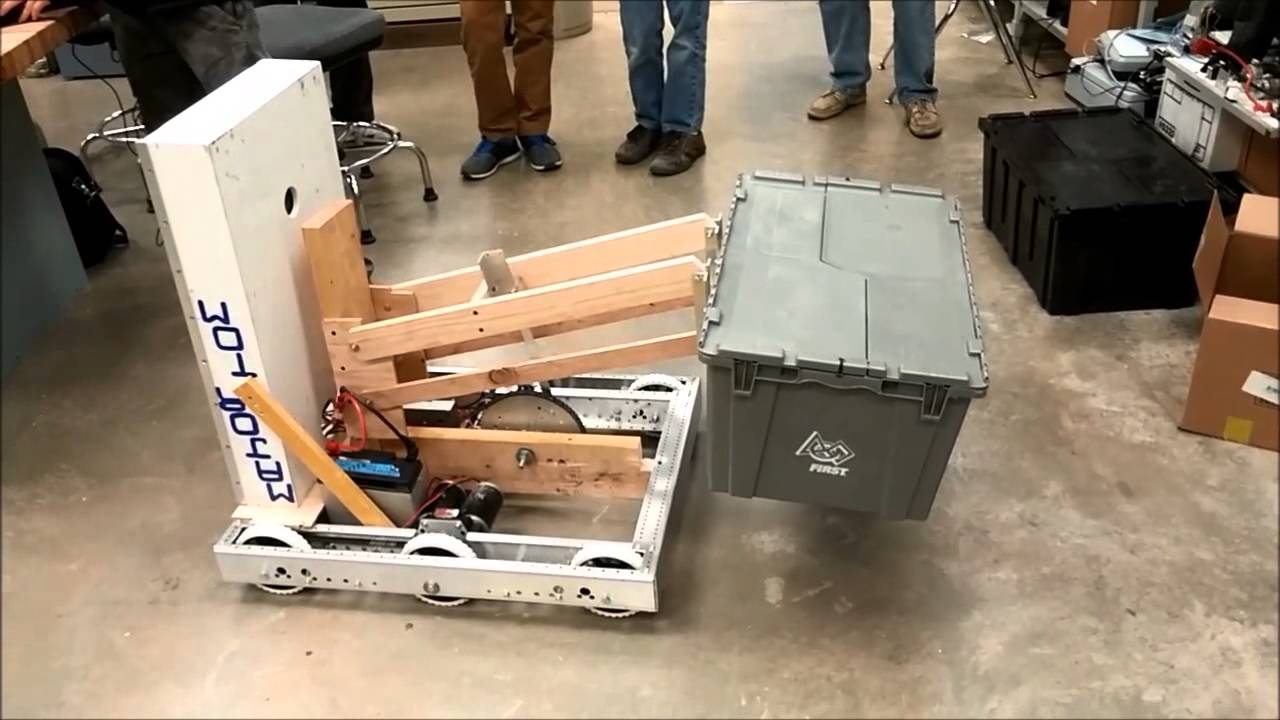 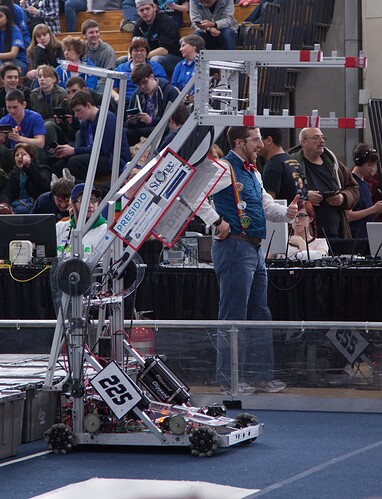 Linear motion done correctly tends to be lighter and more efficient due to moving straight from point A to B compared to a 4b or dr4b lift. Linear motion results in a fairly constant load meaning that there is one gear ratio that is optimal and can be geared for. In contrast, the changing distance of the moment arm requires higher gearing to get acceptable performance meaning that for most of an arm’s travel, its geared too slowly to be optimal. The high forces created by an arm means that careful consideration needs to be taken for the gearbox to not fail under load

DR4B is common in VEX because all the linear motion options are bad, but in FRC (and FTC), teams can use real bearings resulting in linear motion being viable and the popular option.

Another favorite from the history books: 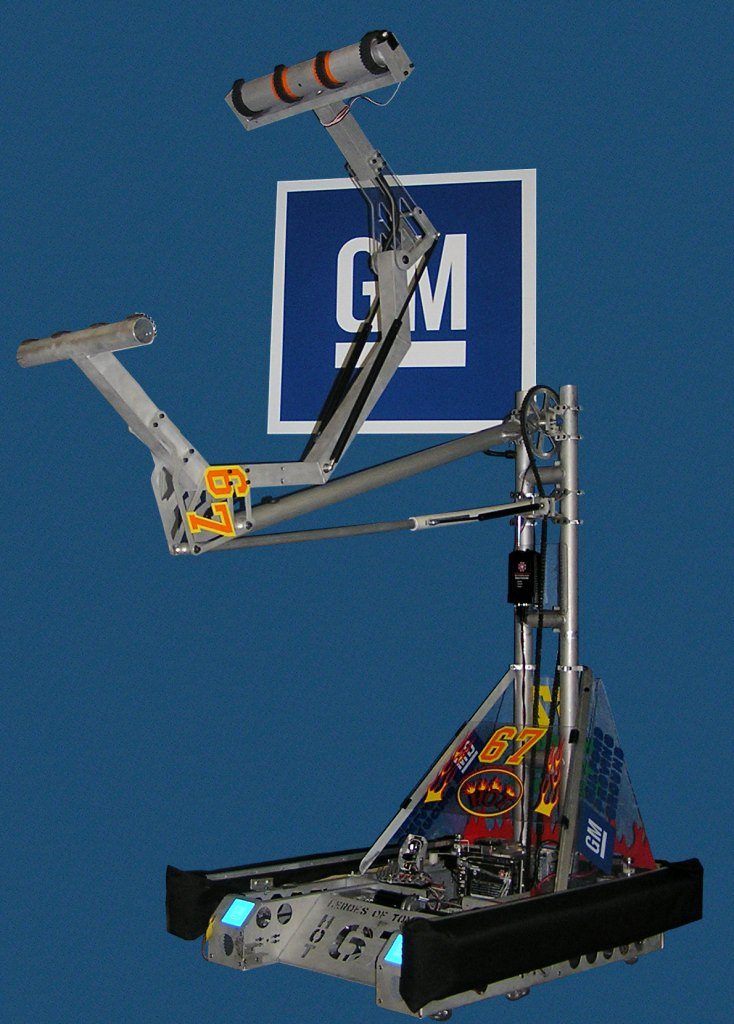 but I rarely see them in FRC

Apparently you have not been around the same FRC I have.

Check out 1720 the PhyXTGears for the robots from 2015 and 2020. Both have very successful scissors with 15 going horizontal and 20 going vertical! 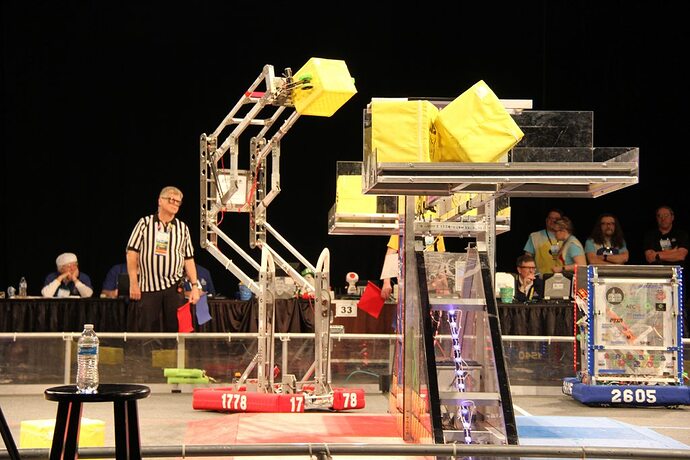