Why is the Dynamo brushless motor so un-popular?

Why did the Dynamo motor “flop,” and team with experience using them, what was your experience like? 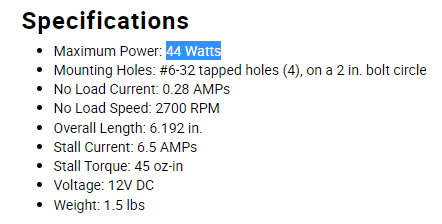 It’s largely underspecced for most FRC applications (aside of doing things like actuating latches/trigger mechanisms or maybe rotating a turret). But it did open the door to other BLDC motors in FRC, so that’s appreciated. I am surprised Nidec never came back with anything else in their gigantic collection of BLDC options that was more appropriate for FRC.

I’m not familiar with the FRC history regarding Nidec, but their engineering offerings have been extremely stiff in my automotive experience. Would be interesting if they even came close to a FRC-centric solution.

I think his point was:

Nidec (presumably) HAS better motors for FRC in their BLDC line already. How come those motors aren’t available to FRC?

Not asking them to engineer a new motor just for FRC…

Nidec has literally hundreds of different motor options already in production. I would be shocked if at least a couple of them weren’t better suited for FRC than the DM3012-1063. Even if it’s de-rating a 24VDC nominal BLDC.

I think the real reason it flopped was the use of comic sans (and the eye-searing orange-and-blue color scheme) in the product manual.

Besides the poor product-market fit, I think that the borderline contempt for the community exhibited in their advertising was a minor factor.

This infomercial-sounding guy didn’t sell you on it? 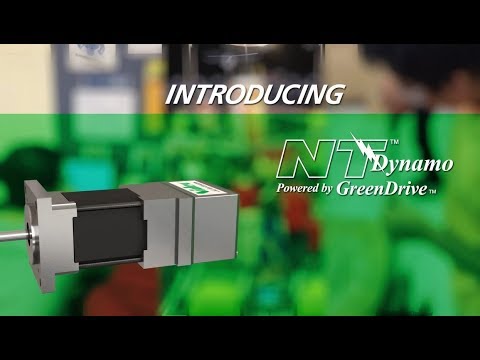 My favorite part of this ad (although it’s hard to choose, honestly) is that there isn’t any footage of the Nidec Dynamo running during the video. And when they later released footage it was clear why - it took more than a full match length to complete a simple 2017 rope climb.

Proper gearing probably could have sold it a little better…

It probably didn’t go over well because it didn’t offer field oriented control.

didn’t you hear her, “no brushes no problem and no teams using dynamo”.

Fact: The video put out by Nidec describes several features the Dynamo still does not have to this day, putting it on par with other brushless motors on the market.

So the other fun thing that kinda happened in parallel: CIM motor limits disappearing.

Historically, the number of “good” motors was artificially limited by the rules, so most robot mechanisms were powered by motors that were less than ideal for the application. Nidec released that product into a huge market void that was just being created for high-power motors, which exacerbated the effect of it being under-powered.

If my choice is “Window motor or nidec”, I’m picking nidec every time. The key is that, at the time Nidec was released, I never actually had to make that choice.

Makes you appreciate the challenge of swerve drive in those days. I recall needing to see the Bomb Squad’s “junkyard letter” to verify that their azimuth motors were all legal in 2012. IIRC that year only allowed two KoP window motors, so the other two had to be from a verified automotive source.

Now we have a horsepower arms race, limited only by the number of 12V circuits. It is no wonder that the robots are pwning the carpet.

Now we have a horsepower arms race, limited only by the number of 12V circuits. It is no wonder that the robots are pwning the carpet.

at ~2 HP (1500W, or ~200A * 7V, plus or minus) battery internal resistance causes the voltage to drop and the robot to “brown-out”. That will put an upper limit on robot power no matter how many motors teams throw at the carpet (as long as we have these batteries anyway).

I don’t know… it was pretty popular to us:

Nidec - All for Dreams General Forum

Nidec- All for Memes General Forum

We are back with the latest progress in the forefront in FRC brushless motor technology. After weeks of hard work and fumes, deusXmachinist, a 900 alum, has completed this wonderful masterpiece to pay tribute to this step forward in FRC history. [image]

I still wear my Nidec shirt all the time too. Love that thing.

I still wear my Nidec shirt all the time too. Love that thing.