Check out the super cut of our IR@Home runs here: https://youtu.be/r72Iq76nz6w 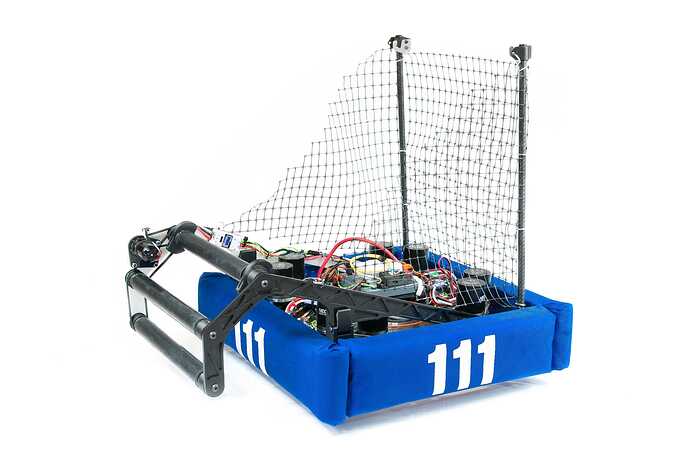 Also, we made the OnShape leap!

So many neat things going on in such a small package.

And after the year we’ve all had, WildStang with a swerve just feels right.

Wildstang’s 2009 swerve was one of the first swerves I ever saw in person. It had a big impact on me as a student. After getting beat by 111 in our last qualification match on Galileio it was cool see you go on to win it all. I’m honored to see that you are using MK3 modules now.

In order of interest:

Why did you keep the intake up during the autonav runs? It appears that you could have easily shaved time by lowering it.

Patrick, you guys hands down make the best cots swerve on the market. It was a no brainer choice for us to dip our toes back into swerve with the Mk3’s.

We do have our own homebrew swerve in the works.

Intake deploy was actually a derivate of our 2020 robot system. Replaced the gas shock system from our 2020 robot with good ole’ gravity. You can see how similar they are below. 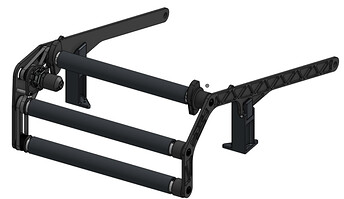 The clamping block idea was just the easy way to make adjustable hooks for the intake that didn’t require precision cuts on the carbon tubes. Tubes are epoxied into the base blocks to secure them.

We definitely could’ve shaved some time off with the intake lowered, but we were pressed against the deadline pretty hard for actually finishing our autonomous runs, let alone optimizing them. With the intake lowered, we effectively had a larger robot footprint which makes accuracy a bit more important. The impact of the intake also made the robot “jump” a bit when it landed, which messed with our autonomous odometry in a rather random way at the start of the path.

So we decided to just keep the intake up to make the paths a bit more repeatable, remove a source of error while testing our autonomous code, and get our runs done in a shorter amount of time. The next day (the day before the deadline) we planned to re-record those runs with the intake down, but some mechanical issues kept us from being able to do that. If we did get to re-record them, I bet we could’ve taken 1-2 seconds off the barrel and slalom runs with the intake down.

NEOs buy you a lower CoM here, which while I doubt was a factor, might actually be statistically significant on such a smol 'bot.

I’d love to design a series of tiny robots like this, going through all the absurd design tricks that make a difference at a radically different scale. 1/2 the rules of thumb are out the window.

Beautiful. I love how it pops onto two wheels so often.

There’s definitely an edge towards Falcons when it comes to the Mk3 modules. That higher top speed would have been nice given this set of IR@H challenges.

That said, the Neo selection this year was more driven by our desire to properly vet the Rev ecosystem for our team. Really do appreciate the motor controller flexibility between the regular Neo and the 550. You’ll likely see a hybrid of the 2 ecosystems on our future bots. Our 2020 already did this with Neos on climb and Falcons on drive.

I don’t expect us to make a return to brushed motors.

As a 1625 Alumni who got to play against and with the 111 crew plenty, I get a good chuckle out of them using these swerve modules

Very cool! How did your robot know which galactic search path to run without being told ahead of time? Was it just RNG until it picked the right one?

Yeah, we ended up just using RNG. We had planned to use an ultrasonic sensor to view one of the field markers at B1/D1 to make that determination (since our 4 paths started in different positions), but didn’t have time to implement that as the deadline came up on us.