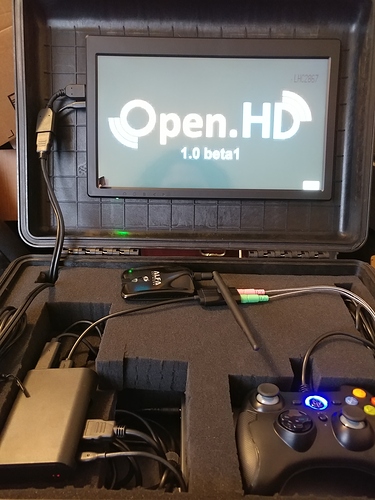 That is really cool. Have you built the police bot yet?

Not quite. We have the chassis together, and we’ve “slapped all the control components together” to test drive it to make sure everything functions. However, I haven’t had time to take any pictures of it yet.

We’ve been trying to figure out what we are going to do to “seal” the circuits on the robot as much as possible as we need to protect them from the potential for the police to use gas, which we’ve been told can be nasty on electronics. We’ve literally considered just using another equipment case, and drilling holes to run anything we need out.

I have seen a few electrical board cases posted here. The tricky part is making an air tight seal and still being able to access and make repairs to the board.

What exactly is police bot going to end up being? Is it meant for an official police station, or is it more of an offseason project as practice for a team?

Its for an actual Police Station. The team was approached by one of the local departments to build them a “scouting” robot.

The desired features being:

Im assuming you all arent using a RoboRIO as the brains for it and are using a different type of processor, if so what are you using? Sorry if i bombard you with questions, im just extremely interested in this project

I’m nearing the end of my Lunch Break, so I will be able to go into more details later, but no, we aren’t using a roboRIO.

Its using a couple of Raspberry Pis and a system known as “Wifibroadcast” to transmit data between the control station to the robot. In particular we are using Open.HD.

The RPi on the Robot side is then sending the RC Data over Serial to an Arduino, which is then controlling any Actuators, Drive Train, ect.

You can see the code we are using, which I have customized because some functionality we wanted wasn’t already supported by Open.HD, here: https://github.com/frc3468/Open.HD/tree/police-bot

So some kind of wheels like pneumatic but better?