Worst you've seen to the Defenses?

What’s the worst damage you’ve seen to/from a defense this year? Both Competition and Practice. Bonus points for pictures.
We at 1764 built some practice defenses, but never truly got to use them due to some bad time management, however we invited other teams to come over and use out practice defenses and goals while we kept working (while overall detrimental to the robot progress, it was rather effective at getting us chairmans at GKC) and one of the two teams managed to rip off the rock wall part of the rock wall, We got apology cookies at GKC though, so I guess it balanced out?

Not exactly to a defense, but this was from a defense:

During the semifinals at Beach Blitz, our practice robot took a particularly hard hit from going over a defense and the neck just kind of snapped. We tried scoring the ball we had in the low goal (pneumatics and intake motor were still connected) but it kept rolling out of the goal. Eventually, the right side of the intake hit the main breaker and we died right next to the batter. Luckily, 5802 made eleventy billion shots during the match and managed to push us onto the batter at the last second.
We won by 10 points.

In the future, we’ll make sure that critical joints are better supported. The turret was a constant battle of eliminating the weakest link throughout the entire season, and it just reached the point where we could no longer eliminate the weakest link.

I personally wasn’t at worlds, but 133 blew 2 tires, 2 different matches during finals at Carver

Anyone from MAR have the video of you guys executing the portcullis after FIRST banned them from off season use?

Probably not the worst, but one I have a video of :

I seem to recall 558 causing some Sally Port carnage at one of the NE district events… I think it might have been Hartford.

We sheared our intake gearbox during our first QF match on Carson. It was so loud, you could hear it over the announcer and music on the livestream.

About four teams (including us) kept hitting the moat way too hard during the GA state championship. The holes where the toggle bolts go in got stretched out so badly that they had to replace the whole defense base and put the competition on hold for about a half-hour.

Why there wasn’t a portcullis at the Iowa Regional practice field.

Well… We had our drive gearboxes unprotected… (I think you can see where this is going) and during a Qual match at Denver we drove over the Ramparts hit our CIMs and sheared one of them completely out of the gearbox. It was hanging on solely by the wires that connected it to the PD board. We finished the match though and crossed at least one other defense dragging our CIM around the field. 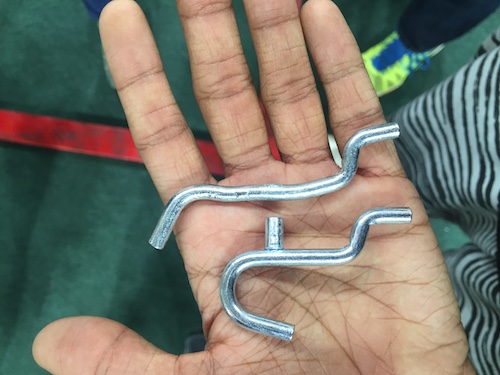 The Field Strikes Back 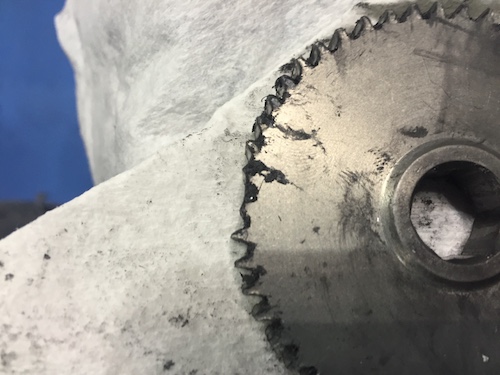 See Kevin’s post above for the robot in action! 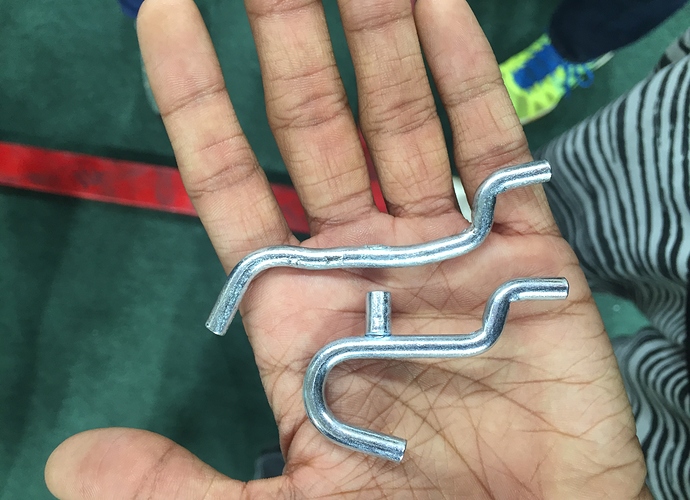 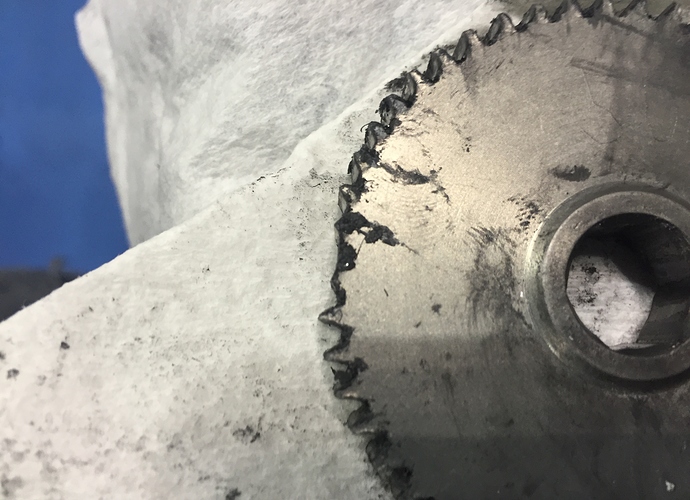 Team 6166 at the Northern Lights Regional sheered the polycarb off the drawbridge while going through it.

The combined Palmetto Regional field jacked up the Cheval de Frise so badly that the portcullis was mandatory for several rounds.

At Chezy Champs teams sheared the heads off most of the bolts on the casters attached to the rock walls.

Our good friends on 5869 show us how to truly defeat the portcullis.

Does the field wall count as a defense? Chesapeake District Greater DC Qualifier… Robot Exit Stage Left. Broke through the field wall. Not our robot though and I can’t remember which teams it was.

Before the Portcullis started eating Field Supervisors later in the season FRC 772 did this to the Portcullis by repeatedly ramming it instead of lifting it. They got a yellow card for their efforts.

Has yet to cause or receive any damage, but I’m curious how the Log Roll will fare at GRITS (Georgia Robotics Invitational & Tournament Showcase) on October 22nd.

Here is the provided description:
The Log Roll is composed of two 3.5 inch diameter logs in a 3 degree X shape that your robot must traverse. Both logs roll on independent bearings and will have a textured “bark” applied to the outside.

The Log Roll will replace the Portcullis in Category A. The other Category A defense is the Cheval de Frise.

… but I’m curious how the Log Roll will fare at GRITS (Georgia Robotics Invitational & Tournament Showcase) on October 22nd.

I’m anticipating plenty of sadness and frustration over this.