It’s back! The one and only off season event of its kind is confirmed for the 2016 off-season. After a gap year to catch up on sleep, WVRoX (WV Robotics Xtreme) will once again be hosted by team 2614 in the town of Morgantown, West Virginia. The event will be sponsored by NASA and WVU who have graciously donated their facilities for this event. For 26 hours and 14 minutes, teams will be put to the ultimate test. For more information and to stay informed as we approach this marathon of the mind, visit mars-first.squarespace.com/wvrox-2016 to sign up for updates.

To get an idea of the last WVRoX, here is the link to the other thread from 2014
http://www.chiefdelphi.com/forums/showthread.php?t=128771&highlight=wvrox

Good thing you skipped this year.

You don’t need exhaustion to sleep through Recycle Rush.

Good thing you skipped this year.

You don’t need exhaustion to sleep through Recycle Rush.

Haha. Then once every couple hours, someone knocks over a stack and makes a loud crash to wake you up. I wonder if drive team fatigue affects their performance. It would be cool to look at from a statistical stand point.

I feel like there would be a sort of monotony to it, especially for the really good teams like 2122, 254, etc. that follow the exact same formula every match. teams like 4488 could be at an advantage in it, since nearly everything in their robot is automated. my team is already used to being completely exhausted at events, so this would be no different if we were to do it

Haha. Then once every couple hours, someone knocks over a stack and makes a loud crash to wake you up.

You would know all about that. 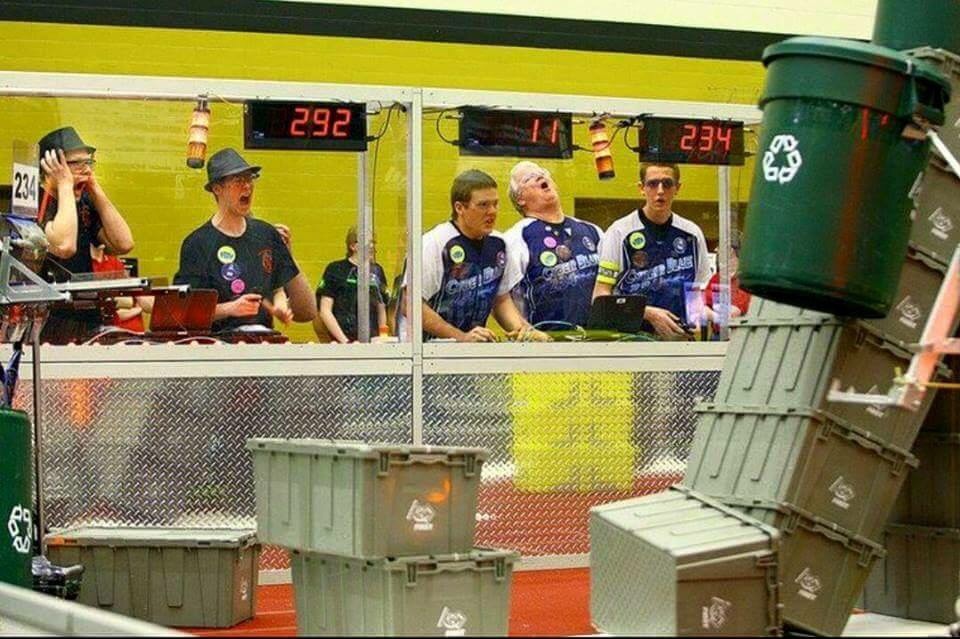 Had a blast working this event with ya’ll, hope I get to for this next one.

Putting a lot of faith in the GDC… Good luck y’all.

You would know all about that.

everything about that picture is perfect

WVRoX update: The event will be limited to 24 teams so that every team can play in the finals. The date is confirmed for Aug 5-6 and the event website has been updated (http://www.mars-first.squarespace.com/wvrox-2016/). The registration page will be available before the end of February 2016. The 2016 event will be even better than 2014 and we have our fingers crossed that the GDC has created an awesome 2016 game. See you in WV in 240 days.

Enjoy the first trailer for WVRoX2016. Hope to see you there!